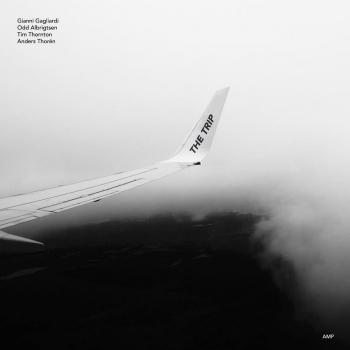 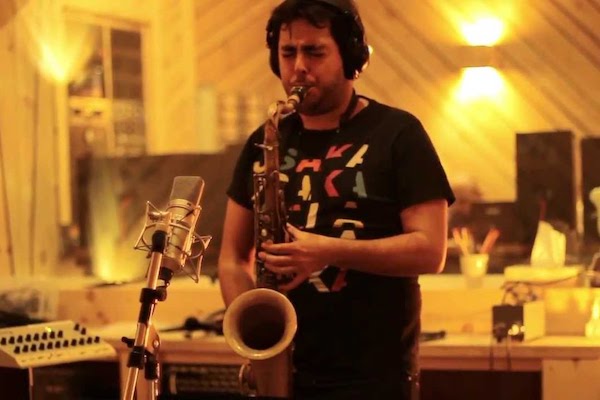 Gianni Gagliardi
was born In Barcelona in 1987, and is now based in Brooklyn, NY. He began to study violin and baroque/renaissance flute, switching to saxophone at 14. Two years later he moved to the Netherlands to pursue a degree in jazz performance at the Conservatorium van Amsterdam. In 2009 Gagliardi studied at SUNY Purchase with Eric Alexander, Hal Galper and Arturo O’Farrill, leading to studies at Le Conservatoire National Superior de Paris. After moving to Boston to attend Berklee College, Gagliardi was awarded a presidential scholarship in 2012 to the new Berklee Valencia school as a Student/Ambassador, charged with performing for and promoting the college around the world, with appearances at the European Parliament in Brussels, the MIDEM Convention in Cannes, France and many others.
Gianni is the Director of the Barcelona Jazz Collective, a platform for rising musicians to produce and release albums, and has been invited to perform at prestigious international jazz festivals around the globe, such as The North Sea Jazz Festival, the Luxembourg Jazz Festival, Guatemala and Nicaragua Jazz Festivals and Eurojazz Festival (Mexico), as well as leading jazz venues, such as Bimhuis, Porgy & Bess Vienna, Jamboree. Gagliardi has also played in Europe, South America and USA with musicians such as John Clayton, Eric Alexander, Dick Oatts, Phillip Harper, Terell Stafford, Jorge Rossy and many others.Now, Gagliardi is determinedly making his mark on the Brooklyn/NYC scene with the release of his debut CD, Nomadic Nature.
Odd Steinar Albrigtsen
He as been playing music his entire life, but his studies at the Aaron Copland School of Music has given him a great combination of the Scandinavian and New York Jazz scene.
Tim Thornton
is a regular performer on the British jazz scene and graduate of Birmingham Conservatoire. He won the 2013 British Jazz Award in the rising star category after releasing and touring his debut album ‘New Kid’. His second album "The Feel Good Place" was released on Jellymould Records in 2016. His third album "Little One" will be released soon on Norwegian label AMP Records. In 2017 he was awarded Honorary Membership of Birmingham Conservatoire in recognition of his achievements in the world of music and was a finalist at the Worshipful company of musicians young jazz musician of the year award.
He is the co-founder of Karve with chef Trystan-Ross Williams, a pop-up restaurant/jazz club fusing original jazz and fine dining together, they host events around London and you can find more info at www.karvefood.com.
Tim is a regular host of the Late Show at Ronnie Scott's with his Quartet and a regular member of the Ronnie Scott's Allstars lead by James Pearson. He toured the USA in 2015, 2018 and again in 2019 with world renowned clarinet virtuoso Julian Bliss and toured the UK in 2016 in support of legendary guitairst George Benson, performing at the Royal Albert Hall. In 2017 he returned to perform at the Royal Albert Hall at the Proms with Clare Teal and her double big band. He is also a member of the Leo Richardson Quartet and features on the bands new record "Move" and plays with the Jason Rebello Trio.
Tim has previously worked with Kurt Elling, Nigel Kennedy, Seamus Blake, Hiromi, Stan Sulzmann, Logan Richardson, Eric Alexander, Jason Rebello, Pee-Wee Ellis, Will Vinson, Jim Mullen, Soweto Kinch, Guy Barker and Sir Willard White to name a few.
Anders Thorén
is a drummer, producer and composer, based in Oslo, Norway. His main focus is on music within the jazz and contemporary music genre, cinematic music, as well as live performances/tours and teaching.
His educational background stems from the US with a diploma from the renown school LA College of Music in Los Angeles. He has studied with drumming greats such as Peter Erskine, Dave Weckl, Marcus Gilmore, Joe Porcaro, Ralph Humphrey, and Ricky Lawson among others.
Anders has recorded and performed with international artists such as Seamus Blake, nordic grammy winning artists such as Helge Lien, Lars Jansson, Petter Wettre, Frode Berg, and many other great artists from around the world. He has an active roll in the following ensembles: BRIDGES with Seamus Blake, THREE (Lars Jansson/Jesper Bodilsen/Anders Thorén), Nordic Circles, Kjetil Jerve/Tim Thornto/Thorén, Ivan Blomqvist 3 feat. Hanna Paulsberg and Michael Bloch Trio among others. This is in addition to being called for as a sideman on other projects.
Anders drumming has stylistically been described as sophisticated, delicate and responsive and encompasses a broad foundation and understanding of many different styles of music.
“Anders Thorén is a fresh voice in music, whose drumming represents a new take on the fine-tuned esthetic of Nordic jazz, that swings and honors the “ECM sound” that has become such a vital part of today´s improvised music. I recommend that you listen to him.” – Peter Erskine