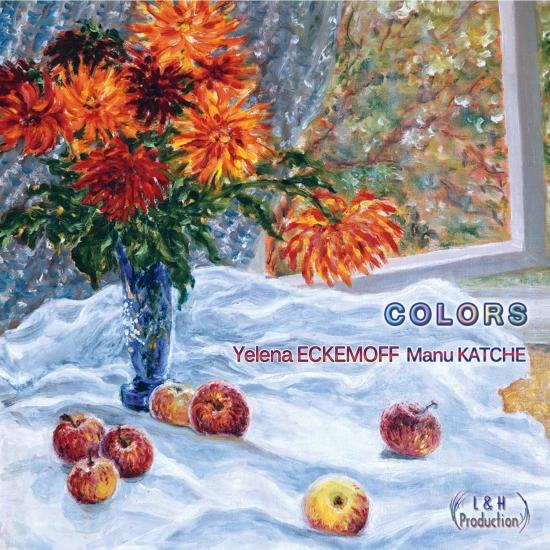 Pianist-composer Yelena Eckemoffcasts her eye on the visible spectrum with Colors, her third album in just over a year, set for a February 22 release on her own L&H Production label. Accompanied only by the brilliant French drummer Manu Katché, Eckemoff creates musical impressions of 14 distinct hues, organizing them into a symbolic progression through the stages of life -- using a panoply of styles as diverse as the spectrum itself.
Colors is both a popular title and subject in the jazz world, placing Eckemoff into a tradition that extends from Ellington's magnum opus "Black, Brown and Beige" to Miles Davis's late-period suite Aura. The Russian-born pianist's conception is unique, however. There is striking originality in its stylistic breadth, its intimate duet setting, and its panoramic view of the human life span -- which Eckemoff also maps with a series of free-verse poems that correspond to each color and composition.
"Ultimately, everything is filtered through my inner feelings and expressed through melody and harmony, but this isn't about me," says Eckemoff. "I deliberately avoided any autobiographical references. It's about the average course of anyone's life."
That course runs from the "White" of birth's blank slate to the "Black" of death's unknowable void. The path within this framework, however, deviates from the basic light-to-dark progression that it suggests. "White" is followed by "Pink," representing an infant's discovery and perception of the world; "Orange" is the burst of youthful energy; "Violet" is the thrill of first love. As the life matures, a more sophisticated palette comes into play: "Bordeaux" portrays a bottle of wine as a nuanced metaphor for an aging mind and body, while "Aquamarine" evokes the ocean, along with an array of associated memories and sentiments.
Eckemoff's playing style similarly zigzags from point to disparate point, according to the moods and ideas expressed in each piece. Where "Indigo" is grim jazz-rock, "Blue" evolves from an exquisite lyrical ballad into a violent emotional storm, to be followed by the sultry but playful passions of "Red" and "Brown"'s whimsical waltz of inspiration.
The range of ideas in the music is informed by Eckemoff's work with drummer Katché (above), whose remarkable individuality made him a natural fit for the project. "He's always searching for grooves, while my music is a combination of structured and improvisational approaches," she says. "This was exactly what I wanted-the groovy, spicy drums which would be a world in themselves and not merely following the piano."
Yelena Eckemoff, piano
Manu Katché, drums 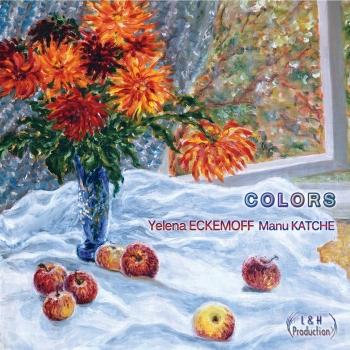 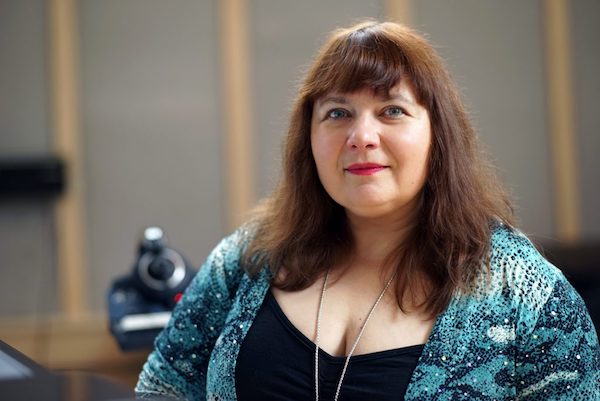