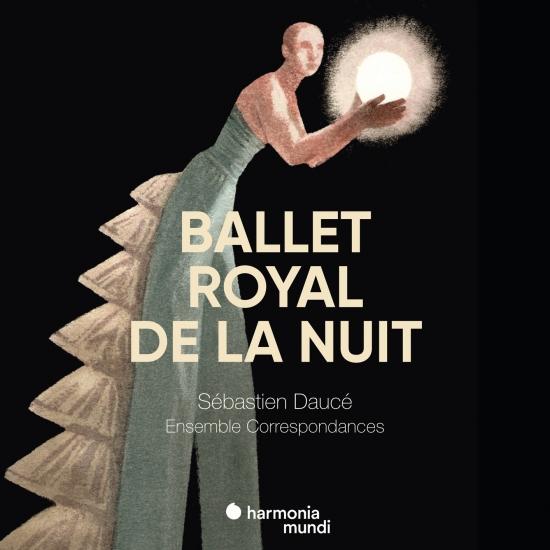 Following an initial reconstruction on disc in 2015, the Ballet Royal de la Nuit enjoyed a triumphal modern premiere at the Théâtre de Caen in November 2017. The meticulous reconstitution of Sébastien Daucé, the incomparable poetry of Francesca Lattuada, an oneiric universe featuring more than 120 costumes designed by Olivier Charpentier, all contribute to an incredible enchantment further enhanced by the exploits of virtuoso jugglers and circus artists. In this ballet, a masterly achievement from every point of view, the spell remains unbroken from first note to last.
In late February 1653, just after the Fronde rebellion, the most influential spectacle of the early reign of Louis XIV was presented at the Louvre: the Ballet Royal de la Nuit. Grandiose, and carefully elaborated at the highest levels of the state, the libretto by Benserade called upon the finest artists of the time. Banishing the troubles of night, Louis XIV danced in the Sun King costume that would henceforth be forever associated with him. This unmissable world premiere recording presents a reconstruction of the work created by Sebastien Dauce that includes music by Jean de Cambefort, Antoine Boesset, Louis Constantin, Michel Lambert, Francesco Cavalli and Luigi Rossi.
The famous Ballet royal de la Nuit, danced by His Majesty Louis XIV at the age of fifteen, was performed on seven evenings early in 1653, in the Salle du Petit-Bourbon at the Louvre Palace. It enjoyed general success: the aristocracy, present in large numbers, the ambassadors of Europe, but also the bourgeois of the city of Paris acclaimed this great spectacle whose enchantments made a lasting impression.
To make a lasting impression: that was precisely the grand project of Mazarin, who had just returned to power after the disturbances of the Fronde rebellion. Commissioned by the cardinal in person, this ballet project had been conceived at the highest levels of state as a promotional tool for royal power: the intention was to impose respect on the high- ranking personages of the kingdom, to impress the Parisians who were present, and to disseminate this message elsewhere in the world through the intermediary of the foreign representations.
If today’s historians are in agreement that the Ballet de la Nuit was one of the key spectacles of Louis XIV’s reign, that is because it was influential in numerous respects: political, institutional, aesthetic and musical. For the first time in the history of the genre, the libretto is unified and skilfully laid out in four veilles (the watches of the night) and a concluding grand ballet; all the levels of interpretation and all the arts move towards a single goal: the rising of the Sun.
For this purpose, Mazarin, asked the highest and most reknown artists in the kingdom and in Italy to compose this ode to the young king. The poetry that accompanied the royal ballet was by the illustrious Isaac de Benserade, who already had a high reputation as a writer in 1653, and who was to excel in both the ballet de cour genre and the précieux register. Deploying the widest possible range of learning and invention in his verse, playing by turns on the whimsical, the serious, the comic and the burlesque, Benserade calls on references from mythology, romance and contemporary life.
It is often difficult to establish the names of the composers who wrote the music for the ballets de cour of the early years of Louis XIV’s reign. For the Ballet royal de la Nuit, we can only be sure of the identity of one of them, namely Jean de Cambefort (c.1605-61), who furnished the vocal récits and airs that open each of the four veilles. Many other composers surely took part in it.
"GRAMOPHONE EDITOR S CHOICE 'Sébastien Daucé has designed a selective exposition of the musical dimension of the multifaceted Ballet de la Nuit. Vocal music by Jean de Cambefort includes a spellbinding solo for Night that begins the first veille (the alto soloist Lucile Richardot is accompanied sensuously by a consort of viols) and a hushed dialogue for Sleep and Silence that commences the fourth veille (sung delicately by bass Etienne Bazola and soprano Caroline Bardot). Ensemble Correspondances play about two-thirds of the original 1653 dances, reconstructed expertly by Daucé ... A rotating team of up to 52 musicians traverse the musical spectrum from whispered intimacy to jovial ceremony .. the copiously illustrated hardback book provides plenty of fascinating material to mull over." (David Vickers Gramophone Magazine)
Ensemble Correspondances
Sebastien Dauce, conductor 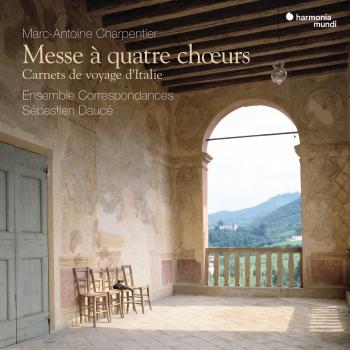