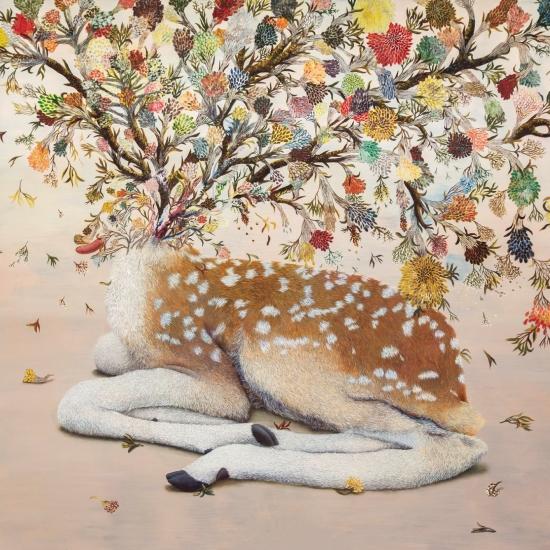 Olivier Mellano’s compositions offer a multiform as well as generous and demanding work which shines through the crossed heritage of Carlo Gesualdo, Henry Purcell, Benjamin Britten, Gavin Bryars, Moondog or György Ligeti.
In his creations, Olivier fosters a peculiar musical aesthetics that melts away stylistic hierarchies by moulding sound material into the most volcanic notes or the most ethereal ones, by challenging baroque harmony with sonic fire, by inhabiting the chamber or symphonic ensemble with a brand new energy, by melting electric guitars and classical voices, still with that ever luminous and sacred dimension beating right inside an extreme, literate writing that has no bounds. His approach moves from the most ambitious pop music to a totally assertive contemporary one: in that sense, it joins works of a new generation of composers among which Nico Muhly, Bryce Dessner or Jonny Greenwood.
Simon Dalmais, piano
Anne Gouverneur, violin
Maëva Le Berre, violoncello
Olivier Mellano, guitar 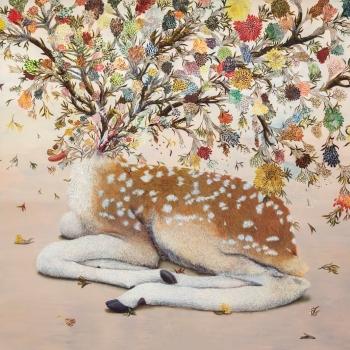 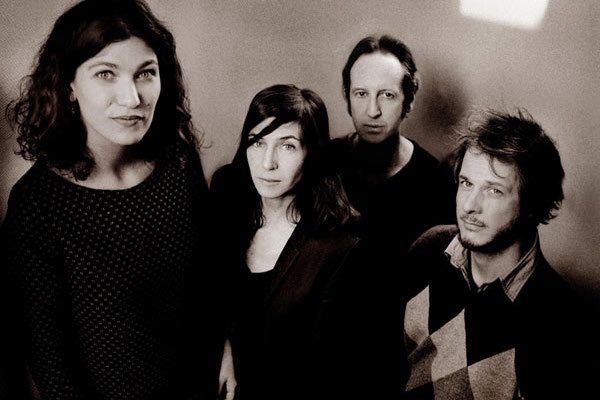 Olivier Mellano
(born July 21, 1971) first studied violin and then took up musicology in Rennes where he started collaborations as a guitar player with more than 50 French artists operating between rock, pop, hip hop, electronic and song-writing (Laetitia Shériff, Psykick Lyrikah, Bed, Dominique A…).
He regularly writes music for drama (Stanislas Nordey, David Gauchard), for film, radio, dance or for poetry and fiction lecture. Along with these compositions, he actively implies himself in impros, alone, in a duet (François Jeanneau, John Greaves, Noël Akchoté, Boris Charmatz…) or with actors and writers (André Markowicz, Claro, Nathalie Richard, Pacôme Thiellement…).
As he is keen on encounters going beyond borders or styles, Olivier Mellano also administrates his own collective projects, L’Île électrique -the electrical Island- or La Superfolia Armaada for which he gathers the most adventurous artists during temporary sets that take place in many festivals.
In 2006, he released La Chair des Anges on the Naïve record label: the album includes his pieces for harpsichords and organ, an electric guitars octet, a string quartet as well as voices, halfway between baroque and contemporary music, interpreted by the Debussy Quartet, Olivier Vernet, Valérie Gabail, Bertrand Cuiller, Frédéric Rivoal and Les Voix Imaginaires. La Chair des Anges was performed at the Cathedral Basilica of Saint-Denis or at the Church of Saint-Eustache. In 2012, he released How we tried a new combination of notes to show the invisible, a triptych produced by La Station Service and premiered at the Rennes opera during the Transmusicales festival.
Back in 2008, his first writing La Funghimiracolette, a book of imaginary musical texts was published. He is currently working on his second book.
Nevertheless, he did not part from the world of rock music and in 2014, his pop-noise solo album MellaNoisescape was released. He is now preparing the second set.
In 2016, Olivier creates No Land with Bredan Perry and the Bagad Cesson, a project between Celtic sounds and contemporary music.
2018, MellaNoisEscape is back on the road with Valentina Magaletti on drums and Miët on bass guitar for the release of the second album ‘Heartbeat of the Death‘. 2018, Olivier is immersed as well in the beauty of Gabriel Fauré’s Melodies and with the BAUM band records ICI-BAS les Mélodies de Fauré.