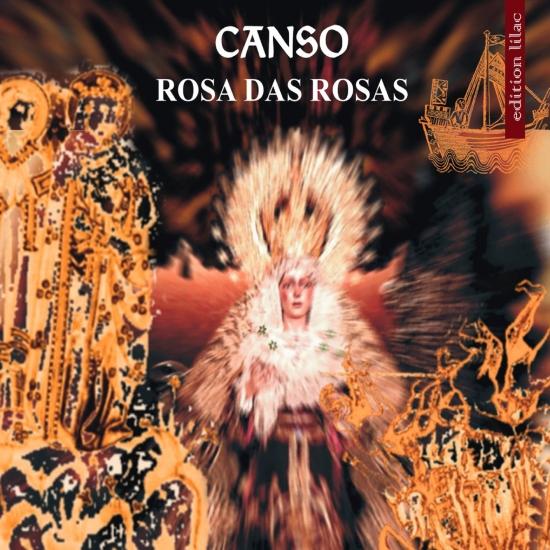 The thirteenth century collection of songs gathered under the title of 'Cantigas de Santa Maria del Rey Alfonso el Sabio' are probably not exclusively the work of the great Spanish king Alfonso X El Sabio (the Wise) (1221-1284) but their collation and publication, richly illuminated and illustrated, was certainly at his initiative. It formed part of a wider program carried out by intellectuals at his court to translate from the Arabic and publish works of history, law and theology.
There are 426 Cantigas, almost all with music, written in Galician, usual for the literature of the period. Just as the Cantigas' lyrics originate in well-known stories about the Virgin but make use of courtly love motifs from the Occitan region, so their musical styles reflect the immediate musical surroundings. They include forms of chant of a specific Spanish timbre, popular song, and many melodies that are at least reminiscent of Arab rhythmical patterns. Not only do the Cantigas provide unique insights into the devotional and musical life of Spain in the Middle Ages, but it seems likely that the Cantigas are in fact also important evidence of cultural cross-fertilization between the undocumented musical traditions of the Andalusian Moors and those of their Christian successors.
"From Spain on outward across Europe, recordings of the Cantigas de Santa María have proliferated. In the U.S., despite the strong roots of small-group medieval music in that country, they have been considerably rarer, and between the coasts almost nonexistent. Thus, it's a pleasure to encounter the Rose Ensemble, of St. Paul, MN, and to find it receiving praise from European press outlets. The group's take on medieval music is unusual and worked out to quite a degree of detail, which is all to the good. It's not exactly "authentic," although in their basic emotional commitment to the music and avoidance of the feeling that they are presenting something antique, these 12 musicians show themselves to be part of the latest early music wave. What's most unusual is the program. The Cantigas de Santa María were a group of several hundred monophonic songs, putatively in praise of Mary but really, like Chaucer's Canterbury Tales, illuminative of various aspects of life in medieval times. They were compiled, and perhaps in some cases composed, by King Alfonso X of Castile and León, known as El Sabio, in the thirteenth century. The Rose Ensemble combines these with other "spiritual songs for the Virgin" dating from as much as three centuries later: polyphony by the Spanish composer Juan del Encina, Italian laude, and even a full-scale Renaissance motet by Francisco Guerrero. The Cantigas themselves are accompanied quite minimally, perhaps by just one of the small collection of stringed instruments (plus a cow bone) used by the group. Thus, the polyphonic pieces create an impression of comparative lushness. For the listener who has heard a lot of recordings of the Cantigas de Santa María, these contrasts may be something like suddenly throwing music by Beethoven into a recital of Elizabethan virginal music. But for general listeners the sequence of pieces, all linked by their Marian themes, may make perfect sense. For the singers themselves it certainly seems to; they land in an intriguing space between English purity and Spanish gutsiness, and they have impressive pitch control throughout in a challenging small-group context. They respond to what they're singing about when they render the vivid storytelling of the Cantigas, rendering the titles of the individual pieces as spoken introductions. The texts of each piece, including these titles, are given in their original languages (Galician-Portuguese for the Cantigas, Spanish, and Italian) and English; booklet notes are in English only. A campus music auditorium at the remote University of Minnesota at Duluth makes a reasonable stand-in for a medieval palace or monastery. Recommended, especially for newcomers to medieval and Renaissance music, for these performances make the music come alive." (James Manheim, AMG)
Cantigas de Santa Maria
Canso Early Music Ensemble 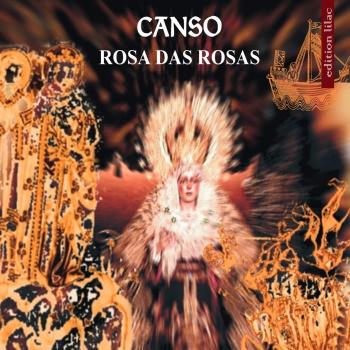 Canso Early Music Ensemble
is a group of established instrumentalists and vocalists from south-eastern Europe, specializing in music of the Middle Ages and Renaissance, who have been drawn together by the delight they share in the unique textures of this music, and the scope they find in its troubadour tradition for joyful improvisation.