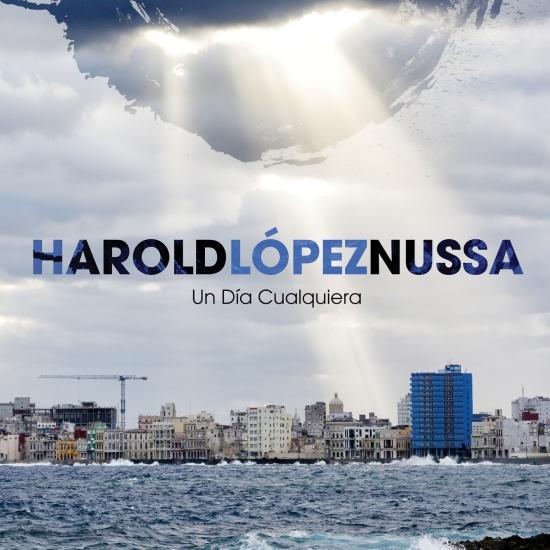 For more than a half-century, the embrace between Cuba and the United States has been subject to an odd dance of politics, including a still-standing embargo. Nevertheless, the bond between the two nations is deep and strong as ever, expressed most forcefully through the dance of culture—especially music.
It’s hard to imagine the U.S. jazz scene without the influence of the many Cuban musicians living here. Yet the musicians who remain in Cuba—whose relationship with jazz and other musical forms stays grounded in their native island’s cultural traditions and daily life—maintain a unique perspective. They tell a specific story. Un Día Cualquiera, pianist Harold López-Nussa’s second release for Mack Avenue Records, represents this musical vantage point with force and innovation. He tells this story—his story—with drama, heartfelt emotion and consummate skills.
López-Nussa was born 1983 in Havana, where he still lives. “I need the kind of relaxed life that Havana gives me,” he said. For López-Nussa, whose award-winning music has led to international tours and who holds dual citizenship in Cuba and France. “Every time I return to Cuba, I feel something special—not just a connection with my family and friends, but with the place itself. This is where my music comes from, what it talks about.”
His previous Mack Avenue album, El Viaje (The Journey), was released on the heels of President Obama’s historic 2016 visit to Havana, against a backdrop of newly relaxed trade and travel restrictions. Un Día Cualquiera arrives as U.S. restrictions regarding Cuba again tighten under the Trump administration; considered in that light, the album is an affirmative statement that music will always cross borders and defy obstacles. “I want to grow closer to the American people,” López-Nussa said. “This has always been an important desire for Cubans, especially musicians. It’s impossible for us to be separate because we have so much in common, so much to share.”
Musically, Lopez-Nussa’s last album augmented his band with additional instruments and influences, including Senegalese bassist Alune Wade, to achieve a globalized sound. For “Un Día Cualquiera,” Lopéz-Nussa sticks to his core trio, with his younger brother Ruy Adrián López-Nussa on drums and percussion, and bassist Gaston Joya—a group the pianist first convened a decade ago in Cuba.
Harold López-Nussa, piano Gaston Joya, bass Ruy Adrian López-Nussa, drums, percussion
Produced by Swami Jr.