The Muscle Shoals Recordings The SteelDrivers 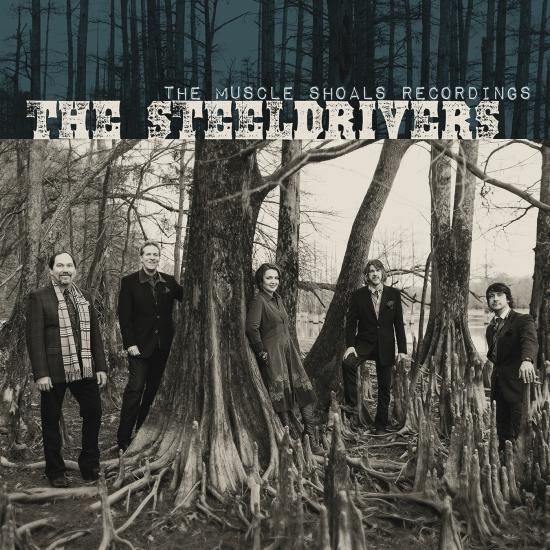 Though The Muscle Shoals Recordings may sound like something historic, as in 'from the vault,' it is fully from this moment. This is the fourth SteelDrivers studio album, made up of all-new material, mostly original, and recorded in Muscle Shoals at the legendary NuttHouse Recording Studio.
Much of the inspiration came from Muscle Shoals, an area of exultation and experimentation, and home to the SteelDrivers' lead vocalist, writer, and lead singer Gary Nichols, with the band joined by Nichols' lifelong friend Jason Isbell on two songs.
The group continues its rich musical progression, conjuring music drenched in soul, blues, bluegrass, R&B, country, and rock 'n' roll. Can a new album be a classic album? If the 'blend of soul and slink, blues and country, mountain coal and red dirt,' as Peter Cooper characterized their sound, is timeless, the SteelDrivers have delivered another new classic.
Fiddle-player, songwriter, and singer Tammy Rogers aptly describes the 'realness, rawness, and edge' in the band's sound. With Nichols having written nearly half of the new songs and Rogers most of the balance, this is the SteelDrivers' most fully realized album to date, and another spectacular step forward.
Gary Nichols, vocals, guitar
Tammy Rogers, fiddle, vocals
Richard Bailey, banjo
Brent Truitt, mandolin
Mike Fleming, bass, vocals 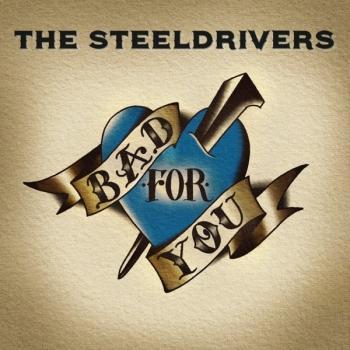 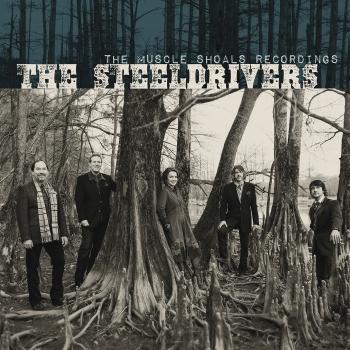 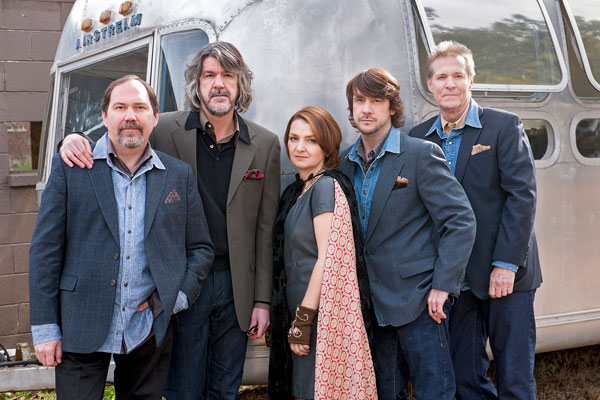 The SteelDrivers
The SteelDrivers’ brand of bluegrass – intense, dark, poetic, and inescapably human – is a refreshing reminder of the timeless power of stringband music, and is captured perfectly on The SteelDrivers. Produced by Nashville ace Luke Wooten, The SteelDrivers was recorded mostly live on the studio floor, vocals and all. Its songs grapple with classic themes of regret, love, and redemption, from the escalating prison lament of “Midnight Train to Memphis” to the chilling murderer’s plea encapsulated in “If It Hadn’t Been for Love.” “East Kentucky Home” is a timeless traditional bluegrass lament, with its strains of homesickness, loss, and abandonment, but ingeniously reinvented with off-kilter rhythmic accents and a decidedly contemporary chord progression.
The willingness to set aside the unspoken rules that ruthlessly govern bluegrass set the SteelDrivers apart from the innumerable faceless acts vying for the bluegrass spotlight.
Richard Bailey
Grammy nominated banjo player, Richard Bailey has recorded with such diverse artists as Al Green and George Jones. Featured in the book Masters of the 5-String Banjo, Bailey has performed with Bill Monroe, Roland White, Vassar Clements, Loretta Lynn, Chet Akins, Larry Cordle, Laurie Lewis, Dale Ann Bradley, and countless others. He has also recorded with Kenny Rogers, Michael Martin Murphy, Johnny Cash, Tammy Wynette, and Ronnie Milsap and has played at Carnegie Hall and on Austin City Limits.
Mike Fleming
A versatile veteran, Mike Fleming lays down the firm foundation and sings the baritone harmony that rounds out the SteelDrivers’ sound. A self-confessed “recovering banjo player,” Mike has recorded with Holly Dunn, Joy Lynn White, and with groundbreaking singer/songwriter David Olney. In addition to traveling the world during stints with Dunn and Kevin Welch, Mike has appeared on Austin City Limits, Nashville Now, Crook and Chase, and too many Grand Ole Opry shows and festivals to count.
Brent Trruitt
With many years of recording touring and producing under his belt, Brent isn't a newcomer to the music scene. Brent has performed with John Hartford, Alison Krauss, Dolly Parton, Dixie Chicks, and James Taylor, and has traveled the globe with James Taylor, Dixie Chicks and Dolly Parton. He has won Grammy awards for his engineering and mixing on tracks from Disney's 'Monsters Inc" and "Toy Story II", and has appeared on Austin City Limits, Hee Haw, Today Show, Saturday Night Live and many more TV appearances.
Gary Nichols
From Muscle Shoals to Music Row, the talk is always the same, “It's Gary Nichols' gritty and soulful story telling that sets him apart from the rest, he is the real deal!". For the past half-century, Muscle Shoals, Alabama has produced some of the finest musicians, singers, songwriters and record producers of our day. From W.C. Handy and Percy Sledge to Sam Phillips, Rick Hall and the immortal Muscle Shoals Rhythm Section otherwise known as “ The Swampers” or “ The FAME Gang”. Muscle Shoals has always been a hotbed of talent. Gary Nichols is in the ranks with all the great songwriters, musicians, producers and performers of the Muscle Shoals past and present. In 2002, Gary helped create the first "FAME Tuesday Music Club", which consisted of bringing in young talent to develop their recording, performing and songwriting talents in the confines of historic FAME Studios. Gary took advantage of this opportunity to impress everyone at FAME with his work ethic and raw talent. In February of 2004, Gary signed a publishing deal with FAME Publishing Company and a major label deal with Mercury Records, Nashville. After releasing his first top 40 single, Unbroken Ground, his name has spread like wildfire through writing circles and record labels of Nashville and beyond. Now, this singer/guitar-slinger writes, produces records and tours with the Ameri-Grass super group, The SteelDrivers. When he’s not in the studio, touring with the band or teaching at Florence and Muscle Shoals High-Schools, you can find Gary helping in his community through philanthropic works or spending time with his family.
Tammy Rogers
Growing up in a family bluegrass band that also included banjo great Scott Vestal, Tammy brings a lifetime of instrumental and vocal experience to the SteelDrivers. She was also in the legendary pre-Union Station bluegrass band Dusty Miller with Barry Bales, Tim Stafford, Adam Steffey, and Brian Fesler. No stranger to the studio, she has recorded with Neil Diamond, Wynonna, Rodney Crowell, Radney Foster, Bill Anderson, Iris Dement, Randy Scruggs, Patty Loveless, Buddy and Julie Miller, Jim Lauderdale, and many more. She has toured the world with Trisha Yearwood, Reba McEntire, Patty Loveless, Maria McKee, and the Dead Reckoners. Her songs have been recorded by Terri Clarke and Frances Black.