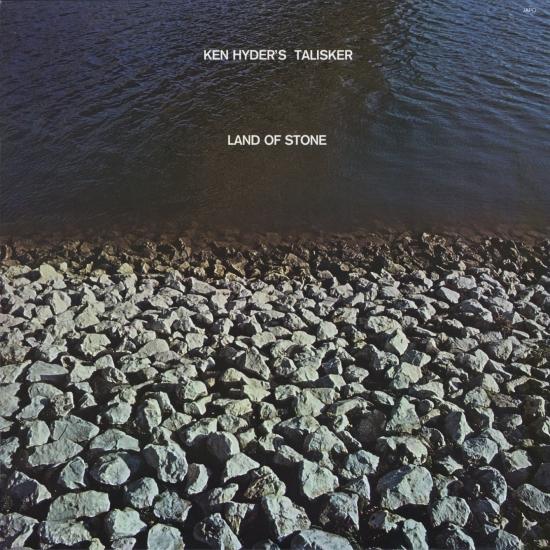 Over a career spanning more than four decades, Scottish percussionist and vocalist Ken Hyder has developed a strong body of work, though perhaps none so robust as his Talisker outfit. Combining Celtic and jazz influences, Talisker debuted in 1975 with Dreaming Of Glenisla on Virgin Records. Yet as Hyder’s musical interests began to expand to traditional Irish music and further to Asian monasticism, his sound opened itself to a world of possibilities. Enter album the second, Land Of Stone, which found a home on the JAPO label two years later.
“The Strathspey King,” a strangely swinging ode to Scottish master fiddler James Scott Skinner (1843-1927), sets a homegrown tone. Clarinetist John Rangecroft proves to be a vital presence in this increasingly enigmatic session, adding swagger aplenty. Like a young hopeful decked out in fresh threads and money in the pocket, he tricks the heart into thinking that harm is a while away. Hyder’s militaristic drum solo intercepts street-side, as if offering free samples of reality before a chorus of bidders drops into view with its haunting brand of Hebridean choral music in “The Men Of Barra Know How To Drink, But The Women Know How To Sing.” A boisterous and colorful chain, its syllables become actions, teetering like drunken instruments into “Close The Window And Keep It Down.” This likeminded island song is an onomatopoetic excursion into the inner lives of house wares and propriety. The latter quickly disintegrates as bonds loosen their friction and slide from grasp in screeching ululations, courtesy of ECM margin-bearer Maggie Nichols. The color wheel darkens further in “See You At The Mission, Eh, If It’s No’ Full,” in which a brood of instruments strains unison phrasings through an upturned colander. Bass and drums form a knot of support, eyes in a flowing wood grain. In the wake of these dirt-caked fingernails, “Derek Was Only A Bairn” rides into the dawn, a smooth caravan lead by Ricardo Mattos on flute and horse’s trot.
Hyder insists that improvisation was a vital component of Scottish bagpipe playing, and in a tripartite pibroch he explores the crossover from the Highlands to the fringes of American free jazz, dedicating parts respectively to the MacCrimmons (a notable family of pipers), John Coltrane, and Albert Ayler. After a microscopic dialogue between bassists John Lawrence and Marcio Mattos, soprano saxophone masquerades as bagpipe in piercing shepherd’s call. Hints of a jig rise and fall from deeper drones, a sky behind mountain silhouettes. Over the click of cymbal, dense voices weave in and out of earshot, taking solid presence in the loam of memory, to slumber and to molt. The banshees return with gentle persuasions, their ashen hair and earthward grins blistered by the rub of their limbo. Yet with the coming of rhythm they achieve communication somewhere on the other side of fear, ecstatic totems each passing through sea and grain until the wind puts fingers to lips and blows.
Cleaning off the dust of age, Talisker shakes out tunes old and new, and with the chaff pieces together charcoal fields as would a cobbler hammer a sole. Or is it soul? There’s plenty to be had in this land of stone.
Ken Hyder, drums
John Lawrence, bass
Marcio Mattos, bass
Davie Webster, alto saxophone
John Rangecroft, tenor saxophone, clarinet
Ricardo Mattos, soprano and tenor saxophones, flute
Brian Eley, vocals
Frankie Armstrong, vocals
Phil Minton, vocals
Maggie Nichols, vocals
Recorded April 1977 in London
Engineered by Martin Wieland
Produced by Thomas Stöwsand
Digitally remastered 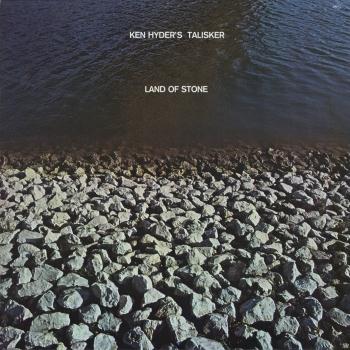 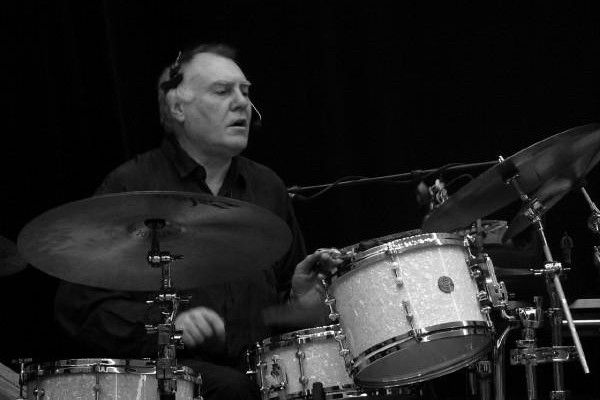 Ken Hyder
is a Scottish drummer/vocalist who pioneered European folk- jazz with his Celtic jazz ensemble, Talisker. Then he went on to play and record with South African, Irish, Brazilian and Russian musicians on 16 records and CDs. He has performed throughout Europe, North America and Asia with Siberian shamans, and Japanese Buddhist monks. He also studied khoomei overtone singing in Tuva, on the Mongolian border.