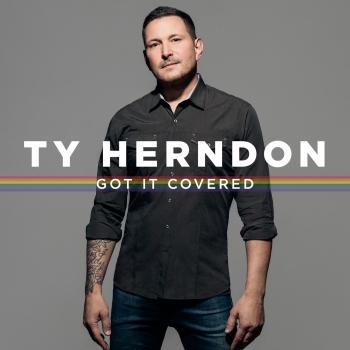 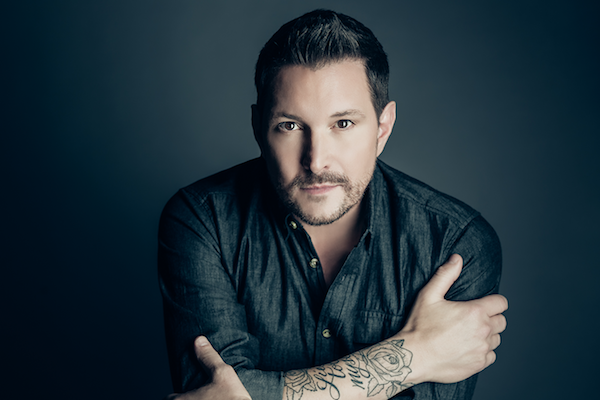 Ty Herndon
has a passion and commitment to his music that continues to play out in his lyrics. “If I haven’t lived it, I haven’t sung it” as Herndon says. With a career spanning two decades, 20 Billboard charted singles and over five million albums sold, Herndon shows no signs of slowing down.
Raised in Butler, Alabama, Herndon has been a professional entertainer since his teenage years. At age 17, he performed at OPRYLAND USA as a cast member of “Today’s Country Roads.” He went on to be a finalist in the first season of the now iconic television series, “Star Search” and was a winner in the male-vocalist category. This accolade led to appearances on numerous television shows and commercials.
As a live performer, he gained popularity while playing honky-tonks in Texas, and in 1993 he was named Texas Entertainer of the Year. That honor led to interest from Music Row and a record deal with Epic Records. Herndon made his chart debut in 1995 with “What Mattered Most,” which became his first No. 1 song and garnered a Song of the Year award (Music Row Magazine). It was also the title track to his debut album, which debuted on the Billboard Top Country Albums chart and had the biggest first-week shipment in the history of Epic Records’ Nashville. Between 1995 and 2002, Herndon charted 17 singles, including his three No.1s and numerous top 10 hits, such as “I Want My Goodbye Back,” “Loved Too Much,” “A Man Holding On,” and “Hands of a Working Man.” He topped the charts in 1996 with the single “Living in a Moment” and again in 1998 with “It Must Be Love.”
In 2010, Herndon released his album, Journey On. The album was heralded as the most personal project of Herndon’s career, due in large part to the fact that the project represented his first foray into songwriting. The songs reflected the personal challenges and struggles Herndon faced and conquered, and delivered on the promise of hope and new beginnings. The album received critical acclaim and earned him a Grammy nomination and his first Dove award. Returning to his roots in country music and demonstrating his growth as an artist, Herndon released Lies I Told Myself in 2013. With the album, he found a new platform for bonding with fans. He invited the public to participate in his album launch via a well-publicized Kickstarter campaign that allowed fan investors to be involved both financially and emotionally. The end result was a testimony to Herndon’s affinity for connection; devotees more than doubled the original funding goal.
In November of 2014, Ty Herndon became the first major male country artist to publicly come out as gay. Shortly after, he made history when he hosted the first-of- its-kind country music event, titled The Concert for Love and Acceptance. The event, designed to bring attention and support to at-risk youth and acceptance, received national attention from Boston Globe, Rolling Stone, Entertainment Tonight, People Magazine and more. Herndon received an outpouring of support that only strengthened his relationship with fans. Using his celebrity influence for the better good, Herndon is in the planning stages of a new coalition called RALY, (Rescue A Life Y’all) to help save lives and raise awareness for those with addiction or identity issues. A philanthropist at heart, Herndon has also donated his time to organizations such as the Trevor Project, Make A Wish, St. Jude, GLAAD, HRC and Feed the Children.
One of his most recent acts of giving back was lending his vocals on the tribute track, “Hands.” The single, released through Interscope Records in conjunction with GLAAD, is a musical tribute to the victims of the recent shooting at the Pulse nightclub in Orlando, Florida. Herndon was among a star-studded list of artists, including Mary J. Blige, Jason Derulo, Selena Gomez, Imagine Dragons, Jennifer Lopez, Kacey Musgraves, P!nk, Britney Spears, Gwen Stefani, Meghan Trainer and more, voicing support for the LGBT community in the original song. Proceeds from the track benefit Equality Florida Pulse Victims Fund, the LGBT Community Center of Central Florida, and GLAAD.
Now Herndon is ready to release his latest and most ambitious album to date.
House On Fire is a collection of 12 new contemporary songs, co-produced by Herndon and Erik Halbig, with Drew Davis joining as co-producer on six of the songs. Herndon also co-wrote seven of the 12 songs. Track by track, Herndon has made some of the most engaging, meaningful and fulfilling music of his career. Featuring Herndon’s powerful trademark vocals, the new album is already receiving critical accolades from the Nashville music community and showcases a deeper, greater strength from a man who has been there and back and has lived to tell about it. House on Fire is the next evolution of Ty Herndon.
Herndon recently debuted songs from the album to enthusiastic fans in London as the headliner for the Nashville Meets London festival, an appearance that led to international radio airplay and expansive media coverage.
Most recently, Herndon announced his recent signing with BFD, which is distributed through Sony/RED Distribution. The signing marks his return to the Sony family, where he made his chart-topping debut in the mid-90s. Herndon will release his much-anticipated, full-length album House On Fire on Nov. 11, with pre-order starting Oct 14.