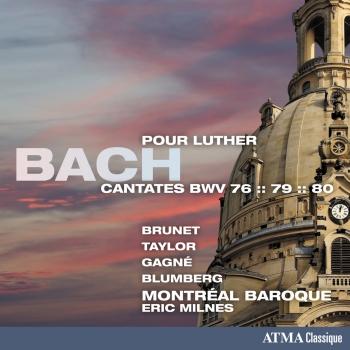 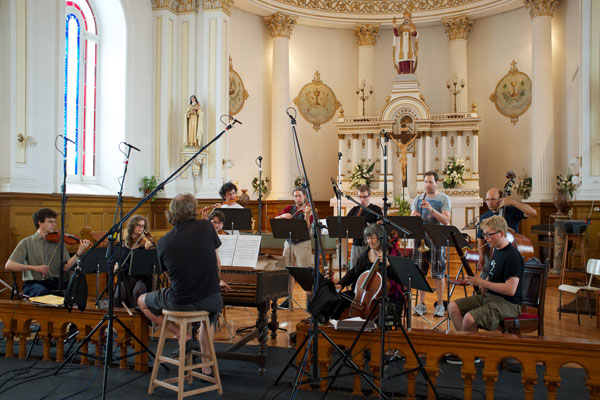 Montreal Baroque
brings together some of Montreal’s finest early music performers. The ensemble was created especially for the Montreal Baroque Festival, which is held in June since 2003 in Old Montreal. An initiative of cellist and gambist Susie Napper, the Festival offers a unique opportunity to hear music of the 17th and 18th centuries, performed by Canadian and international celebrities, in appropriate and unusual settings. In addition, educational activities seek to encourage current and future audiences to discover the many beauties of early music.
Eric Milnes
has received critical acclaim as conductor and keyboard artist in North & South America, Europe and Asia, renowned as one of the most creative and dynamic early music performers of his generation. In recent seasons he conducts L'Harmonie des Saisons, of which he is co-founder, La Bande Montréal Baroque, The Seattle Baroque Orchestra, New York Baroque, The Portland Baroque Orchestra, The New York Collegium and The Philharmonic Orchestra of Santiago, Chile. He has appeared as conductor or harpsichordist at the Utrecht Festival, The Regensburg Festival, The Potsdam Festival, The Bruge Festival, The Montreal Baroque Festival, New York's Mostly Mozart Festival, and the Boston Early Music Festival. His discography numbers over fifty recordings, and he is the director of Montréal Baroque's recordings of the complete Bach sacred cantatas for ATMA Classique. He has taught with the faculties of The Juilliard School, New York, and the Conservatory of Music in Oslo, Norway.