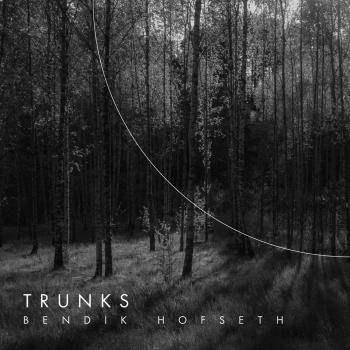 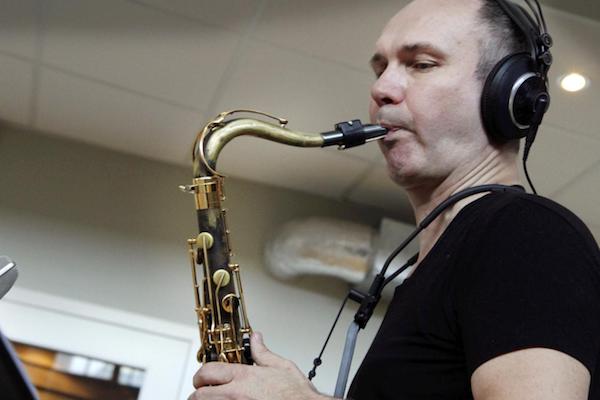 Bendik Hofseth
was born in Oslo 1962. He started freelancing around at the age of 20 and performed with a wide variety of rock and jazz bands in Norway. Bendik Hofseth has studied music at the University of Oslo and composition under well known Norwegian composers Olav Anton Thommesen and Lasse Thoresen, at the music conservatory of Oslo.
Bendik Hofseth drew considerable attention when he joined Mike Mainieri's Steps Ahead. Critics were quick to compare Bendik with his predecessor in Steps, Michael Brecker, but had to admit that Bendik had a distinct personality of his own as a sax player. Not only that, but he contributed four compositions to Steps "N.Y.C" album, released in 1989. Bendik was also featured as composer of several tracks on the next Steps album, "Yin-Yang" released by Mike Mainieri's NYC records in the summer of 1992. Bendik left Steps after "Yin-Yang" and the farewell concert was held at the Molde International Jazz Festival in Norway in the summer of `93.
In 1991 Bendik's first solo album, "IX" was released by Sony/CBS. He surprised those who knew him, mainly as a saxophone player, the album was quite pop / rock oriented. Bendik had not only written all the tunes, but also the lyrics and this time the vocalist Bendik Hofseth, was heavily featured, even more than the sax player.
In the spring of `91 Bendik was commissioned to write music for the "VossaJazz" festival in Norway. His composition "Q" was a major success - a rare combination of jazz and rock with a delicate use of Norwegian folk music themes. The concert was also the first performance for Bendik's new band. Together with 5 other young and talented Norwegian musicians, he formed a band that quickly became one of the most exciting live acts on the Norwegian music scene.
Bendik was a natural choice for Arild Andersen, when he put together the band to perform his work "Sagn", which premiered in 1990. The piece was one of the few musically accomplished large scale works combining jazz and folk music performed in Norway so far. Bendik was hired, not only because of his qualities as a first rate sax player, but also because he has spent time studying traditional Norwegian music. "Sagn" was recorded in 1990 and released internationally by ECM records in 1991. In 1993 Arild Andersen went on exploring the same paths and came up with a new piece "Arv", recorded and released in 1994.
In 1993 Bendik also released his second solo album; "Amuse Yourself". Once again all music and lyrics were written by Bendik. The critics were once again confused, but the audience loved his fresh approach at making "intelligent pop music". The release was followed by a tour in Norway, which was a huge success. Norway's largest daily newspaper (VG) simply wrote; "This is Norway's best band !"
In 1995 Bendik released the album "Metamorphoses" . The music on this album was commissioned by NorConcert, and premiered at the VossaJazz festival in 1994. Later, Bendik toured Norway with this music both in the spring and autumn of `94. The recording was made live at the "Rockefeller Music Hall" in Oslo one Sunday night in April. The band sounded great on the tour and once again it was close to being one of those memorable concert tours "that we really should have recorded one night, but didn't". The decision was made Thursday evening and thanks to good fortune Jan Erik Kongshaug had the Sunday off and on two days notice, said "yes" to making the recording.
Metamorphoses is Bendik's musical parallel to Ovid's mythological work "King Ceux and Alcion". A musical world where everything is undergoing changes and the essence of the work is; "Nothing retains it's form". This gives you music of shifting moods, ranging from beautiful soft pop harmonies to high tech volcano outbursts. The musicians involved in making METAMORPHOSES were quite essential to the final result; Mike Mainieri (vibes), Eivind Aarset (guitar), Andes Jormin (bass), Talvin Singh (tablas) and Jon Christensen (drums)
In The spring of 1996 a new "vocal" album was released by PolyGram on the Verve Forecast label. As the tittle of the album reveals, there's 3 main topics presented; "Rivers, Planets & .... Ikea". The album is again in the format of pop music, but the use of rock, jazz musicians, a wind quintet and string quartet gives you an idea of a more complex content than your average pop album.
In the summer of 1997 another CD was released; "Colours". Once again a turn was made, this time Bendik's music is within a Jazz setting, but also drawing on the classic chamber music for structure. The musicians contributing to the musical success of "Colours" are; Django Bates (grand piano), Anders Jormin (bass), Audun Kleive (drums) and Eivind Aarset (guitar)
This year his first vocal album with Norwegian lyrics will be released in Norway only. Bendik do put an emphasis on the lyrics, so it'll be quite interesting to see the response to his Norwegian lyrics. Musically it can be seen as a logic follow up to the "IKEA" album.
Right now Bendik is based in Oslo, Norway, where he was born 37 years ago. To make the picture of Bendik complete you have to add that he is also working with contemporary music. Bendik has written music for ballet, movies and theatre and performed with the Oslo Symphony Orchestra - a concert for saxophone, written for Bendik by Norwegian composer Bjoern Kruse and later recorded by the Bergen Philharmonic Orchestra. He keeps getting requests for his participation in recordings. Add to this, that Bendik has started to get quite a reputation as a producer for other musicians and you'll get an idea of his many talents.