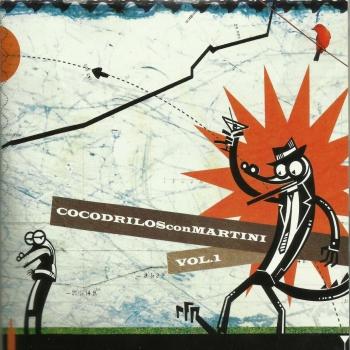 Cocodrilos con Martini
Leaving some of their experimental side, some members of Akinetón Retard had a go with an alternative project: Crocodiles with Martini. There they exploit pop versatility and elegance, with rock and Latin influences. They debuted in 2010 with their first album Vol 1., with songs that deal with the bohemian side of Santiago. This topic was completed with Andrés Rodríguez’ animated series illustrations.