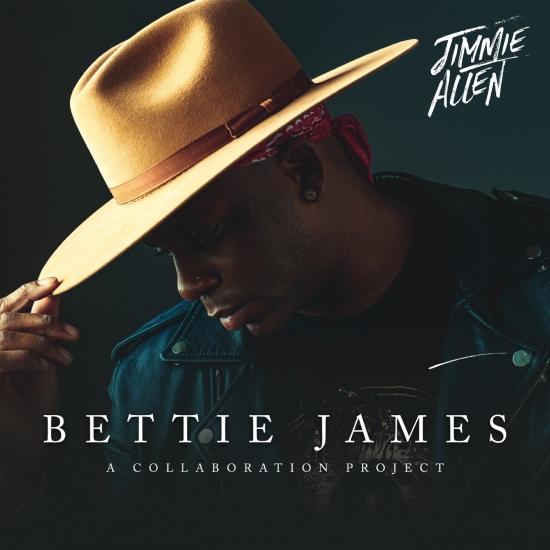 Platinum-selling singer/songwriter Jimmie Allen is combining his deep love of family and genre-spanning taste in music for his upcoming collaboration project, Bettie James. The seven-track EP features brand new songs created with a variety of hitmakers and showcases Allen’s wide-ranging musical sensibilities. The project’s track list will be revealed next week. Bettie James also includes Allen’s current single “This Is Us” featuring Noah Cyrus – his fastest-consuming single, garnering more than 25 million streams to date.
The project is inspired by and named after his late father, James Allen, and grandmother, Bettie Snead, who passed away in September 2019 and February 2014, respectively.
“My dad and grandmom were two completely different people, but both played a huge part in my life. Since they died, I have been wanting to leave trails of their legacies throughout my music,” Allen says of his motivation for the project, which he co-produced alongside Ash Bowers.
Allen looks at the EP itself like a “two-sided coin” – united in its love for music, but different and unexpected in the collaborators and the songs themselves. The result is a musical composition of love, heartbreak, perseverance, hope and faith.
“I am a fan of every artist on this project and humbled to have each one of them be a part of it,” Allen says of his various collaboration partners on the project. “Each artist has touched the life of my dad, my grandmother and me through their music. I’m proud of this body of music and thankful to every writer that helped me create Bettie James.”
This afternoon, Allen will co-host and perform on the first-ever CMA Summer Stay-Cay special with BBR Music Group label mate Lindsay Ell. The hosting pair will appear on Good Morning America this morning to talk about the multi-hour live stream variety event, which will kick off at 6pm ET/ 5pm CT/ 3pm PT on CMA’s YouTube channel and Facebook page.
Allen recently landed his second career No. 1 single when “Make Me Want To” notched the top spot on both the Billboard and Mediabase charts in March, marking the first time in history that a black artist launched their career with two consecutive No. 1 singles on Country radio. His first was the platinum selling No. 1 single “Best Shot” off his 2018 debut album Mercury Lane.
Jimmie Allen 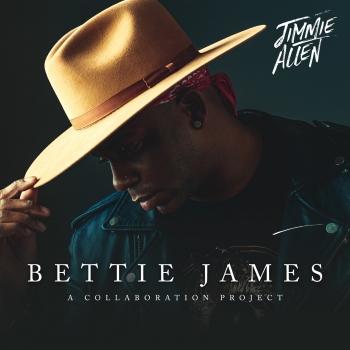 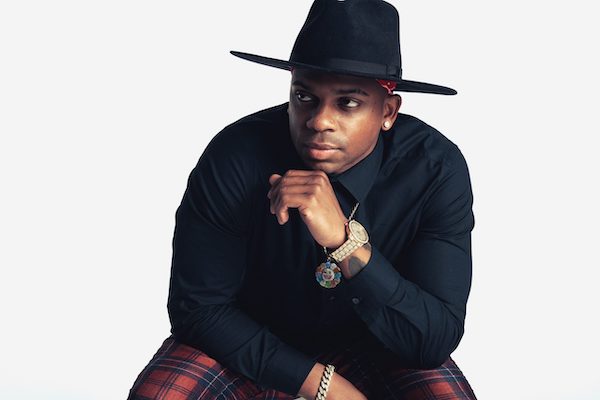 Jimmie Allen
For breakthrough country artist Jimmie Allen, a simple phrase sums up his view on life and music: Never give up.
A native of Southern Delaware – the region he describes as the “slower, lower” part of the state, and locale of Mercury Lane (the namesake of his debut album) – Allen has carried that mantra with him through good times and bad, whether than meant living in his car or rocking amphitheaters on Toby Keith’s Interstates & Tailgates Tour.
“I didn’t quit, I never will,” he says. “Stuff ain’t easy, and you shouldn’t quit either. There’s a big difference between busting your ass, and sitting on it.”
For Allen, musical dreams and a love of true-to-themselves artists like Alan Jackson, Aaron Tippin, Montgomery Gentry, and Jason Aldean brought him all the way to Nashville – and eventually around the world for an Armed Forces Entertainment tour of Japan.
But it was actually a nightmare which turned this promising singer into the artist he is today. After a series of bad breaks Allen was forced to live in his car, too proud to ask for a bail out. For months he worked multiple jobs and finally saved enough for an apartment but hit then another snag – Country music wasn’t ready for him.
“People were just trying to help,” he says now. “But they wanted me to change my sound and told me I had to lose my boots. The turning point came when I stopped listening, and finally let my music be a natural reflection of who I am.”
Since then Allen has been following his own compass, and it has lead him somewhere special. Now signed to BBR Music Group/BMG, his diligence is paying off. Kicking off 2018 being recognized on nearly every “Ones to Watch” list, this year has proved to be a turning point in the singer’s career as he raced through milestones that most only dream of—earning a standing ovation while making his Grand Ole Opry debut, cracking the Top 20 with his first-ever single and checking off many major bucket list items in between.
“I don’t regret the hard times,” he explains about his trials. “I think each thing you go through adds a layer, whether it’s a layer of toughness, perseverance, motivation, or just a layer of wisdom. At the end of the day you come back to what you know, and what’s embedded in you.”
What’s embedded in Allen is a powerful, soulful sense of groove – “If my body don’t move in the first four seconds, it ain’t for me,” he says – a love of deep messages and a knack for razor-sharp hooks.
Those driving forces formed the bedrock Allen’s debut self-titled EP, a cutting-edge mix of country, rock, R&B, and pop which digital streaming fans across all genres instantly latched onto when it dropped in October 2017.
“The response to my EP was incredible, I remember being onstage one night last November and nearly fell speechless as the entire crowd sang ‘Underdogs’ back to me for the first time—I’ll never forget it, it was a true ‘pinch me’ moment, especially because that song has become somewhat of the anthem for me and my journey.”
Mercury Lane, Allen’s first full-length album, delivers upon the same infectious groove that struck fans in his EP. Kicking off with dance-worthy tunes like “American Heartbreaker” and “Make Me Want To,” listeners will get an immediate helping of Jimmie’s signature playful sound. Rounded out by more introspective songs like “Wait for It” and “High Life,” as well as tracks like “Boy Gets a Truck” and “Love Me Like You Do” that allow his buttery smooth vocals to soar, Mercury Lane showcases the many sides of Jimmie Allen.
Family, as suggested in the heartfelt ballad “Warrior,” is a concept clearly central to the story of Jimmie Allen. Carrying a piece of them, wherever he goes, Mercury Lane takes its name from the street he grew up on as an homage to the origin of his story and the people that molded him.
“Mercury Lane is where my journey began. All of the fundamental life lessons that shaped my values, I was taught on that street—its where I learned about love, life, how to believe in myself, the concept of never giving up, following your dreams and being a good person. I credit my time spent there with my family for shaping me into the man I am today.”
Allen’s hard-won dreams are finally reality, but he knows he can’t rest now. Often found in his back pocket is a scarf from his late grandma which he carries to stay motivated.
“To me it serves as a constant reminder of where I came from, what it took to get me here, and my drive to keep pushing forward,” he says.
With that attitude, it seems like this is just the beginning for Allen.