Let It All Out (Remastered) Nina Simone 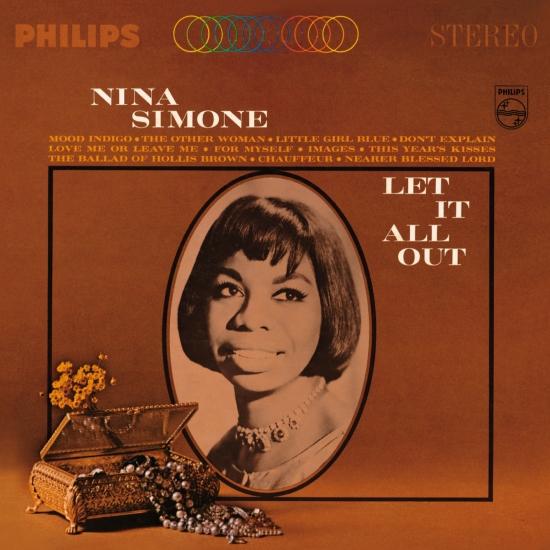 Info zu Let It All Out (Remastered)

Let It All Out is one of Nina Simone's more adult pop-oriented mid-'60s albums, with renditions of tunes by Duke Ellington ('Mood Indigo'), Billie Holiday ('Don't Explain'), Irving Berlin ('This Year's Kisses'), and Rodgers & Hart ('Little Girl Blue'). As ever, Simone ranges wide in her selection: Bob Dylan's 'The Ballad of Hollis Brown,' a swaggering adaptation of 'Chauffeur Blues' (credited to her husband of the time, Andy Stroud), the gospel hymn 'Nearer Blessed Lord,' and Van McCoy's 'For Myself.' 'Images' is an a cappella adaptation of a poem about the beauty of blackness by Waring Cuney. All of Simone's Philips albums are solid, and this is no exception, while it isn't the best of them. (Richie Unterberger)
Nina Simone, vocals, piano
Rudy Stevenson, guitar, flute
Al Schackman, guitar
Lisle Atkinson, upright bass
Bobby Hamilton, drums
Digitally remastered.

Fodder On My Wings (Remastered)