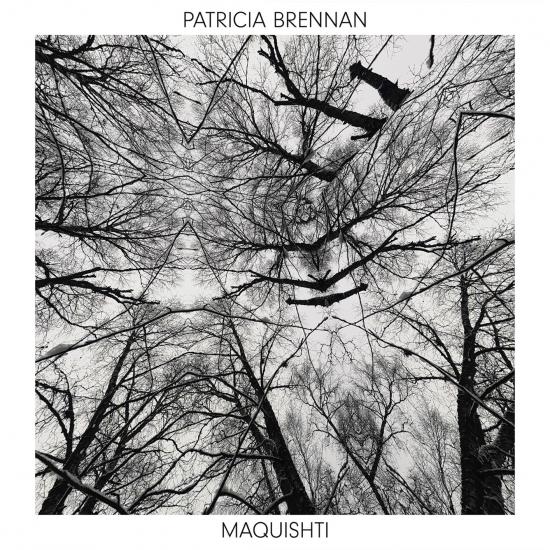 Mexican born, New York-based vibraphonist, marimbist, improviser and composer Patricia Brennan has confirmed the release of her debut full length album Maquishti, January 15, 2021 on the Valley of Search label.
The twelve original instrumentals that make up the album were composed and performed solo by Brennan on vibraphone and marimba. Employing unusual performance techniques and occasional electronics, many of the compositions were borne from improvisations created live in the studio at the time of recording. At times exploring silence and space, stillness and patience the album investigates new sonic territories with an endless sense of curiosity.
“This album is a personal statement not only as a vibraphonist but also as an improviser and composer,” says Brennan. “From bowing and bending pitch, to the use of extended effects via guitar pedals, this album reflects my vision for the vibraphone and the potential of all the possible ways it can be played. I wanted to not only incorporate all those techniques in the compositions but also wanted them to become part of my general improvisatory language.”
Patricia has performed with many renown musicians including singer and composer Meredith Monk and Theo Bleckmann, saxophonists Jon Irabagon and Scott Robinson, trumpeter Ambrose Akinmusire, drummer Marcus Gilmore, guitarist Mary Halvorson and many others. She has performed in venues such as Newport Jazz Festival, SF JAZZ, and Carnegie Hall, as well as international venues such as Wiener Konzerthaus in Vienna, Austria, Alte Oper in Frankfurt, Germany, Palacio de Bellas Artes in Mexico City and Teatro Colón in Buenos Aires, Argentina.
Patricia Brennan, vibraphone, marimba
Recorded at the Samurai Hotel Recording Studio, Queens, NY August 24 - 25, 2018
Engineered by Max Ross and Mike Marciano from Systems Two
Mixed and Mastered by Max Ross from Systems Two
Patricia Brennan uses her signature BlueHaus Mallets - blueha.us
Produced by Patricia Brennan
Executive Producer, Nabil Ayers 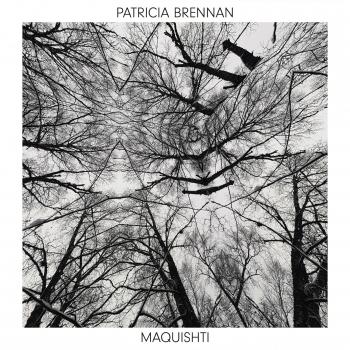 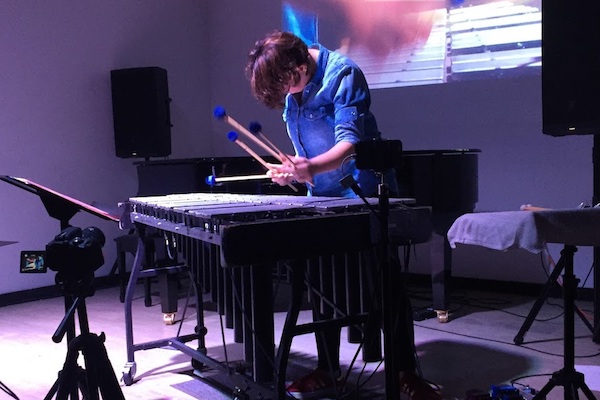 Patricia Brennan
“A vibraphonist to watch out for…” according to the New York City Jazz Record, mexican born vibraphonist, marimbist, improviser and composer Patricia Brennan has always been surrounded by music. She inherited a deep love and appreciation for musical tradition from both parents, as well as being exposed to the musical richness of her native Port of Veracruz. She started studying music at 4 years old, playing latin percussion along salsa records with her father and listening to Jimi Hendrix and Led Zeppelin records with her mother. Also, around the same age, she started playing piano, influenced by her grandmother who was a concert pianist.
At the age of 17, Patricia was selected from musicians all over the Americas to be part of the Youth Orchestra of the Americas. During this time, she toured every country in the Americas and performed with renowned musicians such as Yo-Yo Ma and Paquito D’Rivera. Before moving to the U. S., Patricia was already performing with the top symphony orchestras in Mexico, such as Xalapa Symphony Orchestra and Mineria Symphony Orchestra. Also, she had already won several awards on marimba competitions and young artist competitions in Mexico and abroad and was featured in the “Líderes Mexicanos” magazine in 2003. She was accepted at the prestigious Curtis Institute of Music in Philadelphia, where she was able to perform alongside high caliber musicians from all over the world and conductors such as Simon Rattle and Charles Dutoit. She also performed with the prestigious Philadelphia Orchestra and other acclaimed new music groups such as members from Eight Blackbird.
Patricia's search for freedom in her musical expression led her to find her voice through the vibraphone and mallet percussion in improvisational music and composition.
The New York Times observed, “Brennan has recently started to make her presence known on the New York avant-garde, working with such prominent bandleaders as Matt Mitchell and Michael Formanek.” Patricia is a member of Grammy nominated John Hollenbeck Large Ensemble and Michael Formanek Ensemble Kolossus. She is also a member of Phalanx Ambassadors, a project led by pianist Matt Mitchell, the Webber/Morris Big Band, and she is also a member of Tomas Fujiwara’s 7 Poets Trio along with cellist and composer Tomeka Reid. She has also collaborated with pianist Vijay Iyer as a member of Blind Spot with writer Teju Cole, along with bassist Linda Oh. Other projects led by Iyer that Brennan has performed include his large ensemble project Open City and several small ensemble performances along with renowned musicians like bassist Reggie Workman and trumpeter Wadada Leo Smith. Among Patricia’s own projects include the newly recorded solo project MAQUISHTI, MOCH - a collaborative duo with percussionist, drummer and turntablist Noel Brennan (DJ Arktureye) plus special guests, and a newly formed quintet.
Patricia has performed with many renown musicians including singer and composer Meredith Monk and Theo Bleckmann, saxophonists Jon Irabagon and Scott Robinson, trumpeter Ambrose Akinmusire, drummer Marcus Gilmore, guitarist Mary Halvorson and many others. She has performed in venues such as Newport Jazz Festival, SF JAZZ, and Carnegie Hall, as well as international venues such as Wiener Konzerthaus in Vienna, Austria, Palacio de Bellas Artes in Mexico City and Teatro Colón in Buenos Aires, Argentina. She has also appeared on National Television, Public Radio and recently on the BBC radio show “Freeness” hosted by Corey Mwamba.
Patricia has appeared on several recordings, including an ECM recording with Michael Formanek Ensemble Kolossus called “The Distance” and Matt Mitchell's featured recordings "A Pouting Grimace” and “Phalanx Ambassadors” under Pi Recordings. See Projects + Discography for full catalog. Also, Patricia recorded a new record with the Grammy nominated John Hollenbeck Large Ensemble called "All Can Work" under New Amsterdam Records which was released in January 2018 and nominated for a Grammy in 2019. Patricia released her debut single “Sonnet” on digital platforms Bandcamp, Apple Music, Spotify and Amazon Music in 2020 and will be releasing the full album called “Maquishti” on January 15, 2021 under the label Valley of Search.
Patricia Brennan is a Valley of Search artist, a BlueHaus Mallets artist and currently teaches at the New School for Jazz and Contemporary Music and at the Jazz Studies program at NYU Steinhardt.