The Man I Want to Be Engelbert 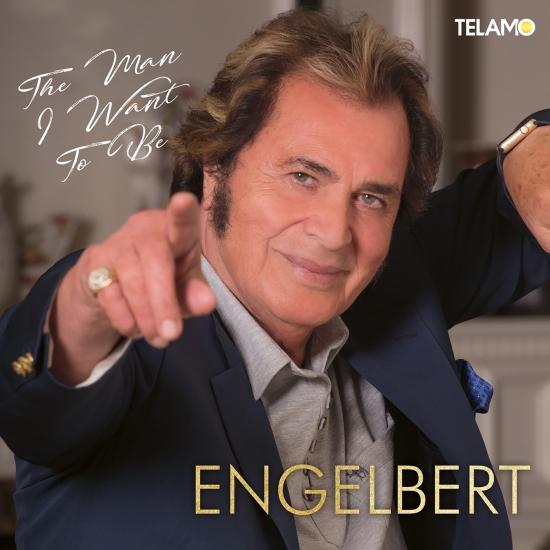 Info zu The Man I Want to Be

Continuing with the celebration of his 50th Showbiz Anniversary, Engelbert Humperdinck is getting ready to release his first album of brand-new material in years with, 'The Man I Want to Be' on OK!Good Records. There are new songs by Richard Marx, Jon Allen (including the title track), Richard Scott, Steve Mac, Les Reed and Engelbert's daughter Louise Dorsey some unexpected covers of Bruno Mars' 'Just the Way You Are' and Ed Sheerans' 'Photograph' - plus three classic songs recently introduced in his Live Show: Willie Nelsons' 'Crazy', Eddy Arnold's 'Welcome to my World' and the NY classic 'On Broadway', all of which have been turned inside out.
This album finds Engelbert in a reflective and introspective mood with lyrics that are very personal and important to him. Most of the new songs were written drawing on some of his life experiences in a meaningful way that is relevant to various chapters of his life, including the health situation of his wife Patricia who is suffering from advanced Alzheimer's as the singer recently revealed. The song 'I m Glad I Danced With You' written by his daughter, Louise and performed as a duet with his granddaughter, Olivia is a loving tribute to his wife.
Iconic careers don’t come any bigger than Engelbert Humperdinck’s. One would be hard pressed to find anyone who isn’t familiar with his multi-platinum selling hits such as “Release Me”, “The Last Waltz” or “After the Lovin'”. These and many other of his hits have contributed greatly to 150 million worldwide album sales by the “King of Romance”, as Engelbert is lovingly nicknamed by his legion of fans.
Engelbert Humperdinck, vocals 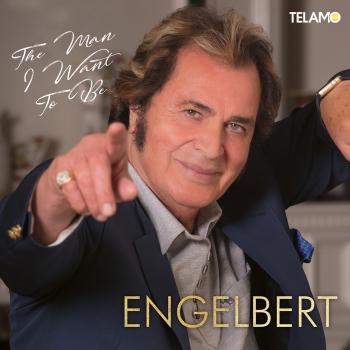 The Man I Want to Be 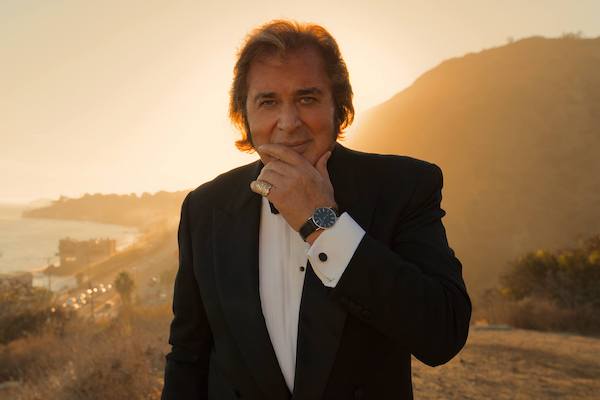 Engelbert Humperdinck
never wanted to be a singer. A career in music, yes, but he was extraordinarily shy. The youngest boy of a family of ten children originally from Leicester, England, he grew up in Madras, India, where his father was stationed during World War II. Engelbert’s childhood was dominated by the love of his parents and his brothers and sisters. He knew he could sing harmonies, but the power of his own voice came as a surprise to him and other people. “It’s just so loud, but I discovered I can be tender with it at the same time.”
Like all great icons, he is a man of great depth – masculine and loving, shy inside and uninhibited onstage, prepared to play the sex god to the hilt and still, at this stage of his career, managing to get away with it. “My mother’s side of the family had the signing voice so I must have inherited that from her. My father was a man’s man – strong, athletic, charismatic. And I like to do all kind of men things. I love sports, golf, tennis martial arts, soccer, skiing, but at the same time, yes I do appreciate women.”
In a career spanning almost 50 years, Engelbert has generated sales in excess of 140 million records, including 64 gold albums and 23 platinum, four Grammy nominations, a Golden Globe, and stars on the Hollywood Walk of Fame and Las Vegas Walk of Fame. He has performed for the Queen four times and many heads of state. He has recorded everything from the most romantic ballads to movie theme songs, disco, rock, and even gospel. His unique voice has charmed millions of fans around the globe. However, it’s not just the voice, but the man himself, with his endearing sense of humor and self-deprecating jokes. Engelbert has managed to strike a new chord with a younger generation after appearing on MTV several times.
Engelbert entered the world as Arnold George Dorsey. At the age of 11, he started studying music and playing the saxophone. When he was 17, Engelbert found himself playing at a pub that sponsored a singing contest. Goaded by his friends to enter, he put down his sax and for the first time revealed another vocal talent: impersonations. Arnold George Dorsey gave an incredible impersonation comedian of Jerry Lewis – and was quickly dubbed Gerry Dorsey by his fans. It soon became his professional stage name.
Gerry Dorsey was very popular on the UK music circuit and in 1959 he released a single called, “Crazybells/ Mister Music Man” on Decca Records. However, he contracted tuberculosis, which silenced him for six months and nearly ended his rising music career. Upon regaining his health, Gerry Dorsey knew he had to end his former image to make a comeback as a strong, dynamic performer. A former manager suggested the new name, Engelbert Humperdinck, taken from the Austrian composer who wrote Hansel and Gretel. It was outrageous enough to be memorable. And thus was born the soon-to-be legend, Engelbert Humperdinck.
Engelbert exploded on to the music scene in the sixties with The Beatles and the Rolling Stones. His sixties did not so much swing as rage. The shy handsome boy catapulted almost instantly to world icon. He became great friends with Elvis Presley and the two legends often performed each other’s songs. His first single in the charts was “Release Me,” which went into the Guinness Book of Records for achieving 56 consecutive weeks on the charts. It was No. 1 in 11 countries. The song was re-released after being used for a UK national television commercial for John Smith’s beer.
The following decades saw Engelbert touring the world to sell-out crowds. Engelbert seems to take great pleasure in every moment on stage, a place where he can lose his inhibitions and no longer be the child who was once shy.
Engelbert’s music has transcended time and his voice still continues to reach out to people now – serving to transport and inspire, to embrace and to provoke feelings and emotions…ingredients that are no doubt the essence of his long-lasting success.