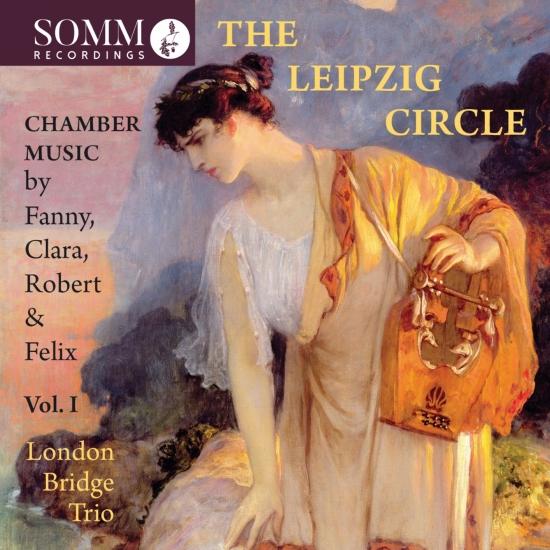 This outstanding release is first to couple music by the sister and wife of two great Romantics – incredibly gifted women who were also fine composers, whose music has remained little-known for almost 175 years.
This unique collection proves that composers Felix Mendelssohn and Robert Schumann weren’t the only outstanding creative musicians in their families.
On this beautifully-recorded new CD from SOMM Recordings, Fanny Mendelssohn’s great Piano Trio (her last major work) receives a performance of notable insight from the gifted players of The London Bridge Trio – as does Robert Schumann’s first Piano Trio. Robert’s wife Clara bore him eight children and went on to become one of the greatest and most admired female pianists of her era.
To balance these two great chamber-music masterpieces, we have music by Felix – a rare recording of his beautiful original ‘Song Without Words’ for cello and piano – and also by Clara, her moving ‘Three Romances’ for violin and piano, which the members of The London Bridge Trio play to perfection.
This is, without doubt, a hugely significant and utterly unique release in terms of repertoire and the present-day liberation of women composers.
The London Bridge Trio 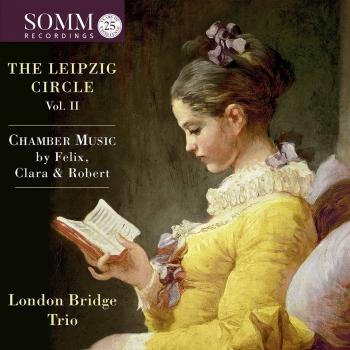 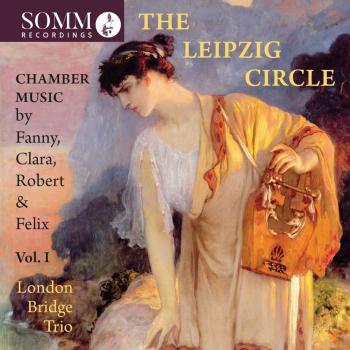 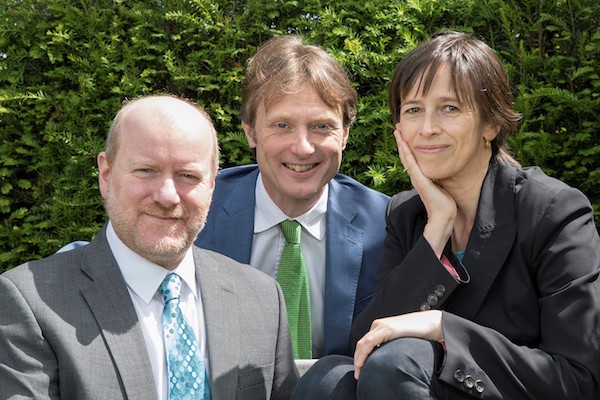 The London Bridge Trio
is one of Britain’s leading chamber ensembles, known for their deeply nuanced and searching interpretations. The trio originally formed in 2002 as the London Bridge Ensemble and they continue to prioritise strong, composer-led programmes and collaborate with regular guest artists. Their name reflects an admiration for English music of the early twentieth century, which forms part of the group’s varied repertoire and is represented by their hugely successful Frank Bridge recordings.
Over recent years the trio has appeared frequently in London with Wigmore Hall and Kings Place concerts as well as a residency at St John’s Smith Square, entitled ‘Brahms and his World’, which represented four aspects of his composing life with mixed combinations and song. Their concert of Czech music at Champs Hill in Sussex was broadcast live by BBC Radio 3, and their concerts at St George’s Bristol were broadcast as a series of BBC Radio 3 Lunchtime Concerts. The group has also appeared at venues including Queen's Hall, St George’s and the Ponte de Lima Festival (Portugal).
Thought-provoking pre-concert talks and lecture-recitals are something the trio is increasingly known for, and their collaboration with Richard Wigmore continues, exploring together the influences, connections and history of masterworks for the genre. The trio also has a long association with baritone Ivan Ludlow, enabling the inclusion of Lieder alongside connected chamber works.
In 2008 the ensemble founded its own festival, the Winchester Chamber Music Festival, in the hometown of their cellist Kate Gould. They now welcome capacity audiences each year in late April/early May and have secured their reputation for stylish programmes involving exceptional international artists. In 2018 the festival celebrated its tenth anniversary with the world premiere of a new work written for the trio by Colin Matthews, ‘Hidden Agenda’, and the trio were joined by the Heath Quartet for a series of sold-out concerts. Guest artists have included the Gould trio and the Navarra quartet as well as members of the Elias Quartet and Kungsbacka Trio.
Since David Adams joined the trio in 2016, they have been recording the complete piano trios by Schumann and Mendelssohn, particularly featuring works by Clara Schumann and Fanny Mendelssohn, soon to be released on the SOMM label. They have recently visited the Sacconi Festival in Folkstone, the Penarth Chamber Music Festival and the inaugural Birmingham International Piano Chamber Music Festival, as well as performances across the UK.
The London Bridge Trio has a strong reputation in the recording field. In Autumn 2015 they released a disc of Dvorak Piano Quartets on the Champs Hill label, with guest violist Gary Pomeroy of the Heath Quartet. The album received rave reviews in Gramophone, BBC Music Magazine (double five stars) and the Observer.
The ensemble’s recordings of works by Frank Bridge were released by Dutton and met with plaudits from the critics, including unreserved commendations from Gramophone Magazine, International Record Review, American Record Guide and BBC Radio 3 (CD Review). Their second Bridge disc was shortlisted for the Gramophone Chamber Music Award 2011. Their Schumann recording for Sonimage Classics drew observations such as "rendered with a bubbling brilliance", and "heart touchingly eloquent" from the Sunday Times. A collection of works by Fauré followed on Sonimage Classics, and received excellent reviews from both The Strad and Gramophone magazines.
"these stylish newcomers deserve a place at the top table next to such exalted predecessors as… Benjamin Britten with members of the Amadeus Quartet" (Gramophone)