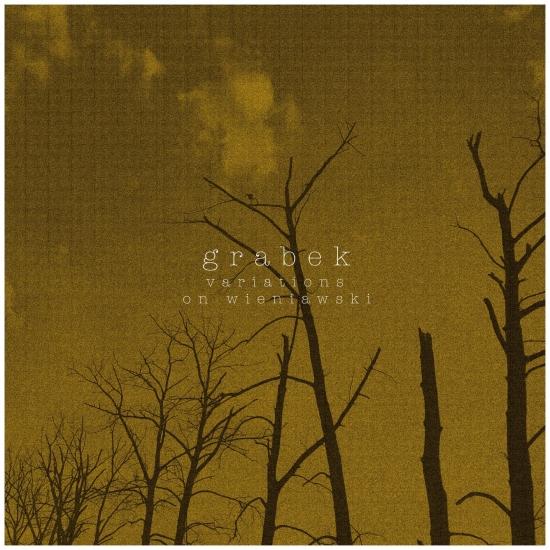 It all started with the pandemic and a comment… Upon reading a post on one of the social media platforms announcing that due to the COVID-19 The International Henryk Wieniawski Violin Competition would be moved to 2021 (incidentally the exact same year that The Chopin Piano Competition had already been moved to) I jokingly commented that “I wish there existed musical pieces for both piano AND violin, in which case we could simply combine the two competitions.” The International Henryk Wieniawski Violin Competition was later moved to 2022 but before that I was contacted by the Head of the Henryk Wieniawski Music Society in Poznań with an offer that, apparently, The Society had had in mind for some time. The Society asked me to choose my favourite Wieniawski pieces and gave me total freedom to… do with them whatever I want: use them, reinterpret them, abuse them, you name it. And so I did – I selected four of my favourite Wieniawski pieces: Variations on an Original Theme Op. 15, Legende Op. 17, Polonaise Op. 4 in D major and Caprice Op. 18 No. 1 and totally deconstructed them – using the violin part as if it were intended for the piano, filled in pauses in musical notation with beats, reversed movements, reversed melodies, built new chords, etc. Basically, I used the four pieces as canvases for completely different, original work.
Grabek is the solo project of the Polish composer and violinist Wojtek Grabek. Since his 2011 debut album 8, nominated for the Polish Fryderyk 2012 award in the “Album Of The Year Electronic Music” category, Grabek has caught the attention of the music industry and audiences alike. In his artistic expression he consciously meanders on the borderline of styles. He blurs and layers the sounds of synthesizers and the piano, juxtaposing them with the naturalness of his primary instrument – the violin. The outcome is music that listeners tend to describe as ‘evocative’, ‘dramatic’ and ‘cinematic’.
Grabek is known for his stylistic unpredictability and lack of compromise, as evidenced by his third studio album Day One (released in 2018) and the subsequent EP Humans, both of which were perceived as the artist’s way of cutting ties with his musical past. Both the album and the EP received high praise from fans and music critics in Poland and abroad, with Day One receiving special recognition for its intricate and mature mixture of contemporary classical and electronic music.
Grabek’s new full-length album—titled imagine landscapes—was released on 24 April 2020 on {int}erpret null, a new post-classical/experimental label founded by Mark McGlinchey and Mirza Ramic (of Arms and Sleepers). Focusing on the themes of emotional sensitivity and the power of imagination, the new album is firmly rooted in the artist’s classical background and his love for the use of electronic instruments. imagine landscapes is also Grabek’s humble attempt to find respite in our self-destructive addiction to faster living.
In addition to the new album, Grabek contributed five miniature compositions to the {int}erpret null compilation titled miniatures vol. 1. The compilation features artists such as Peter Broderick, David Allred, B. Fleischmann, Aidan Baker, Arms and Sleepers, and others, and was released on 07 February 2020.
Wojtek Grabek