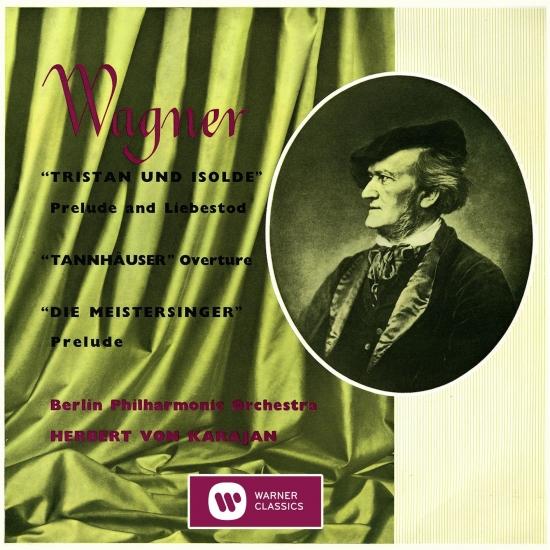 Although props can be given to the Berlin Philharmonic Ring Cycle and the 1980 Parsifal, this EMI Tristan is probably the maestro's best Wagner on disc. With his big tenor voice and even bigger acting chops, Jon Vickers simply tears through the opera. Helga Dernesch is a little light-voiced for Isolde, but she was Karajan's choice. She sings radiantly in the Act II duet and achieves a special kind of transcendence in her Liebestod. Karl Ridderbusch is a sympathetic King Marke. The Philharmonic swoops and soars through Wagner's score. The third act is excruciating--Karajan draws out the music into long phrases that pulsate with genuine anguish. Less frenzied than Böhm's and better cast than Kleiber's, this is the best of the stereo Tristans.
The Karajan Official Remastered Edition contains official remastering of the finest recordings the Austrian conductor made for EMI between 1946 and 1984, which are now a jewel of the Warner Classics catalog.
For many, Herbert von Karajan (1908-1989) hailed early in his career as Das Wunder Karajan (The Karajan Miracle) and known in the early 1960s as the music director of Europe remains the ultimate embodiment of the maestro. The release of the Karajan Official Remastered Edition over the first half of 2014 marks the 25th anniversary of the conductors death in July 1989 at the age of 81.
He was closely associated with EMI for the majority of his recording career (specifically from 1946 to 1960 and then again from 1969 to 1984). EMIs legendary producer Walter Legge sought him out in Vienna just after World War II and the long relationship that ensued embraced recordings with the Vienna Philharmonic, the Philharmonia (the orchestra founded by Legge), the Berlin Philharmonic (of which Karajan became conductor for life in 1955), La Scala, Milan, and the Orchestre de Paris.
Berlin Philharmonic Orchestra
Herbert von Karajan, conductor
Recorded 1957 Grunewaldkirche, Berlin
Produced by Fritz Ganss（1-3）und Walter Legge（4)
Engineered by Horst Lindner
Digitally remastered