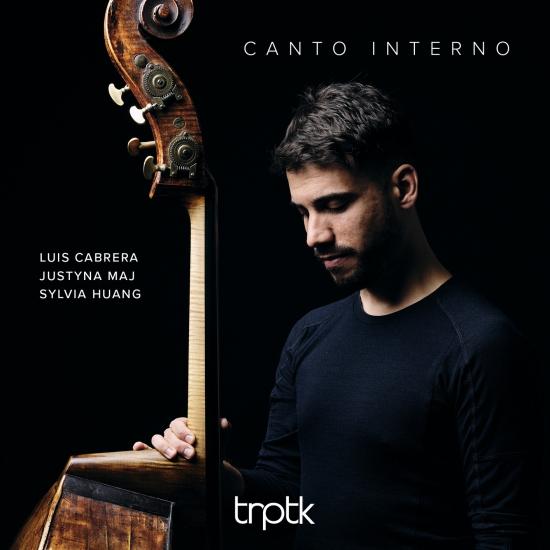 The Utrecht based record label TRPTK – well known for its high quality releases – announces that the CD release ‘Canto Interno’ will take place on June 18, 2021. Great news for lovers of classical music!
‘Double bassist Luis Cabrera (Spain, 1985) plays with many well-known European orchestras and has been with the Netherlands Philharmonic Orchestra since 2006. He studied in Madrid and in London at the Guildhall School of Music & Drama with Rinat Ibragimov (1960-2020), a teacher who has had a great influence on him.
It is to him that Cabrera dedicates his debut ‘Canto Interno’, another special release by the adventurous Dutch TRPTK label’, we read in the press release distributed by the label. To continue: ‘In composing his album, Cabrera was guided by the music he has admired since his youth, regardless of whether it was originally written for double bass or not. He is accompanied by pianist Justyna Maj and violinist Sylvia Huang. Almost naturally, his production starts with two pieces by virtuoso Giovanni Bottesini (1821-1889). Romantic music that seems made for the caressing, almost creamy, sound that Cabrera manages to elicit from his instrument’.
Luis Cabrera, double bass
Sylvia Huang, violin
Justyna Maj, piano 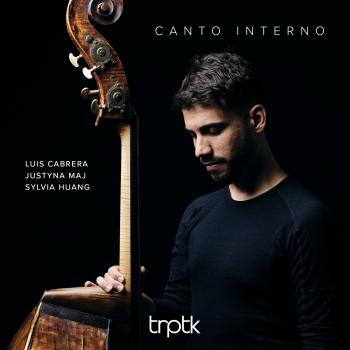 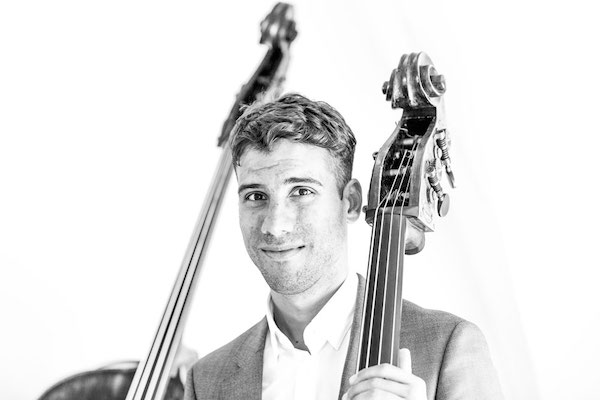 Luis Cabrera
Born in Spain in 1985, Luis Cabrera started playing the double bass at the age of 10. After finishing his studies in Madrid, where he studied with Professor Rafael de Frias and later on with Karen Martirossian, he moved to London in 2002 to complete his undergraduate and postgraduate studies at the Guildhall School of Music & Drama under Professor Rinat Ibragimov. Luis then completed a Masters at Berlin's "Hans Eisler University" under Professor Janne Saksala.
Having received numerous awards and Scholarships he became, at the age of 20, Principal double bass of the Netherlands Philharmonic Orchestra, in Amsterdam in 2006. Since then on, he has been invited to play as guest principal double bass with the London Symphony Orchestra, Royal Concertgebouw Orchestra, Mahler Chamber Orchestra, BBC Symphony, Royal Philharmonic Orchestra, English National Opera, Rotterdam Philharmonic Orchestra, Orchestre National de France, BBC National Orchestra of Wales, Northern Sinfonia, Scottish Chamber Orchestra and Amsterdam Sinfonietta amongst others, where he played under the most distinguished conductors and soloists.
Luis has collaborated with ensembles of different styles, doing both baroque, classical and contemporary repertoire in ensembles such as Arcangelo, the Orchestra of the Age of Enlightenment, the London Sinfonietta, BandArt, or the BBC Philharmonic Orchestra and the Orquesta Nacional de Espana amongst others. Very active as a chamber music player, soloist and teacher, these commitments frequently take him to Portugal, France, Germany, Spain, Italy, Argentina, Mexico, Greece, Peru, Colombia, Hong Kong and, of course in The Netherlands and the UK where he has performed both alone or in small groups at venues such as the Wigmore Hall, Barbican Hall, LSO St Luke's, Het Concertgebouw, De Doelen, Den Haag KonCon and Palacio de Cibeles in Madrid amongst others.
Luis joined the Guildhall School of Music & Drama’s teaching staff in 2012 and has been a visiting teacher and coach in several colleges and Youth Orchestras including CSKG in Madrid, CSMA in Zaragoza, Forum Musikae, and JONDE. Since 2018 he is also a professor at the Conservatoire of Rotterdam (CODARTS).
Luis has recorded with several chamber groups for labels including EMI Classics and Pentatone, and has collaborated with BBC Radio 3’s prestigious New Generation Artists scheme
Luis plays on a double bass made by Carlo Ferdinando Landolfi, c.1770 on loan from the collection of the Dutch Musical Instruments Foundation (NMF)