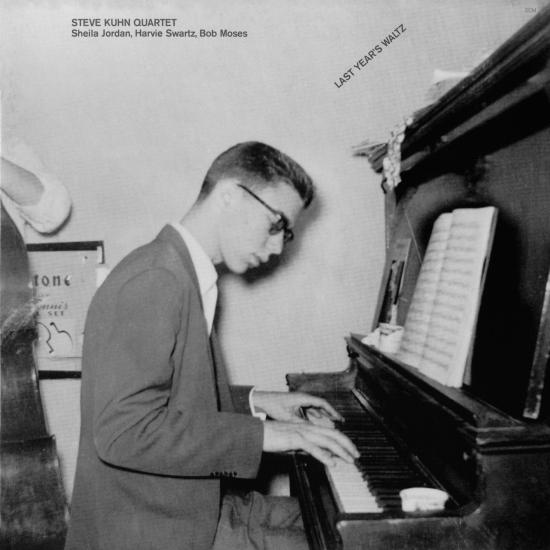 Last Year’s Waltz has everything a great live jazz album should: a present feel, gobs of atmosphere, and, oh yeah, Sheila Jordan. Right off the bat, interplay from Bob Moses and Harvie Swartz kicks us into wakefulness in “Turn To Gold.” Gilded by Kuhn’s indeed alchemical but always punctual pianism, this dose of smoothness is sure to please. Kuhn brings a montuno flavor to “The Drinking Song,” which is deepened by Jordan’s diaristic musings, both expository and speculative, and boasts enough woops from her band mates to keep our blood at a constant boil. The title track is a languid trickle that quickly crackles into a melodious and cinematic punch bowl. The key to unlocking the set’s inner secrets is “The Fruit Fly,” which, in both title and execution, evokes Chick Corea’s blissful optimism. Downright wondrous pianism and omnipotent drumming make this the instrumental standout (the solo piano “Medley” runs a close second). Kuhn works his magic through “The Feeling Within,” weaving a luxurious carpet for Jordan’s vocal footsteps. Two standards—a decidedly upbeat rendition of “I Remember You” and the virtuosic scat-fest that is “Confirmation”—and the bittersweet yet crowd-pleasing tune “The City Of Dallas” (Steve Swallow) complete this living portrait of a group in its prime. As the recording fades, members of the crowd shout, “More!”
I second that.
Not only does Last Year’s Waltz show us Jordan at her best, but its explosive energy and archival importance make it by far Kuhn’s finest quartet joint of the 80s. A reissue is a must.
Steve Kuhn, piano
Sheila Jordan, voice
Bob Moses, drums
Harvie Swartz, bass
Recorded live, April 1981, at Fat Tuesday’s, New York City
Produced by Robert Hurwitz
Digitally remastered