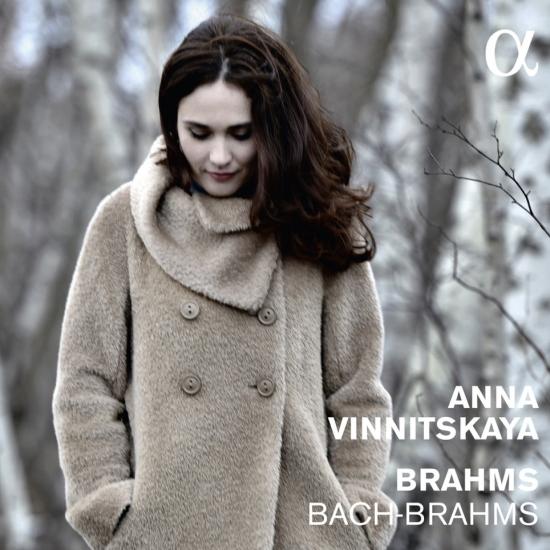 Anna Vinnitskaya’s discography to date has been Franco- Russian. Here she tackles Brahms, whom she has frequently played in concert, notably this summer at The Festival of La Roque d’Anthéron. Here is what ResMusica had to say about that recital: ‘True to her reputation, the Russian pianist genuinely illuminated the scene, impressing us with the control and depth of her artistry. Each piece obeyed a flawless architectural rigour, focusing on melodic line and diversity of tone. Right from the first bars of Bach’s Chaconne transcribed by Brahms for the left hand, she produced a sound so full and nuanced as to make us forget that we were listening to just one hand. There is always a great temptation to slide into Romantic emphasis, but the Russian artist achieved emotion with sobriety, using very little pedal. In the Klavierstücke of Brahms, this ability to penetrate the score down to its slightest inflections resulted in a version at the opposite pole from what one so often hears. Only the great Brahms interpreters possess the gift of not overloading a text already sufficiently dense in sentiments.’ This recording was made some weeks later, at the famous, indeed legendary concert hall of Neumarkt near Nuremberg.
Anna Vinnitskaya, piano 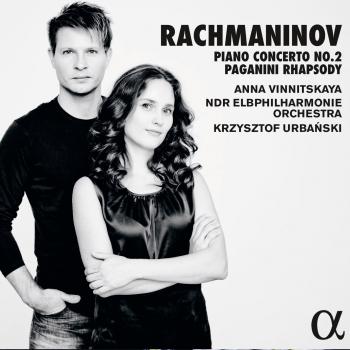 Rachmaninov: Piano Concerto No. 2 in C Minor, Op. 18 & Rhapsody on a Theme of Paganini 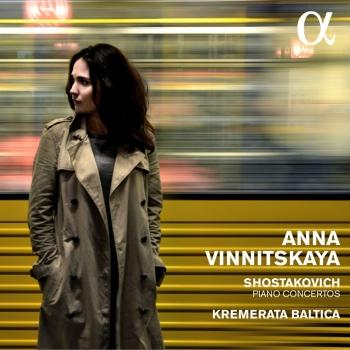 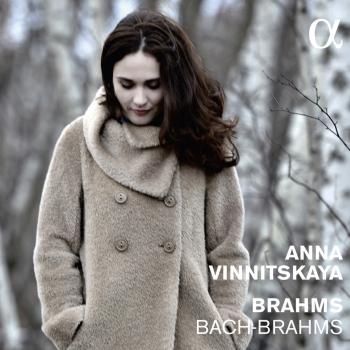 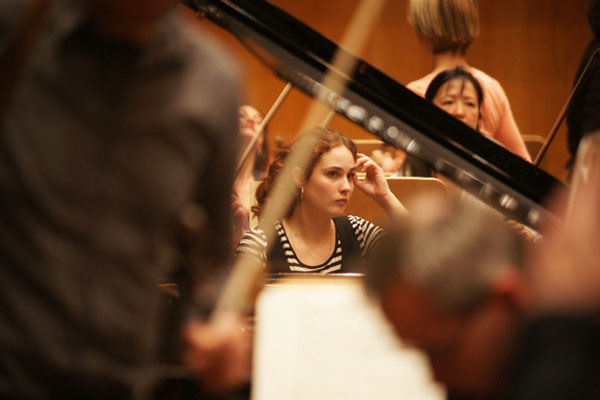 Anna Vinnitskaya
was born in Novorossiysk, Russia. Her parents are both pianists. She received her first piano lessons from her mother at the age of six and played her first public orchestral concert when she was eight years old. After studies at the Sergei Rachmaninoff Conservatory in Rostov-on-Don with Sergey Osipenko, Anna Vinnitskaya began studying with Evgeni Koroliov at the Hamburg University of Music and Theater in 2002. She was appointed professor of piano there herself in 2009.
Anna Vinnitskaya has won several international piano competitions and received numerous awards, most notably first prize at the Queen Elisabeth Competition in Brussels (2007) and the Leonard Bernstein Award of the Schleswig-Holstein Musik Festival (2008).
As a soloist Anna Vinnitskaya regularly performs with renowned orchestras such as the City of Birmingham Symphony Orchestra, NHK Symphony Orchestra, Royal Phiharmonic Orchestra, Israel Philharmonic Orchestra, Munich Philharmonic Orchestra, Radio Symphony Orchestras of Hamburg, Stuttgart, and Berlin, Konzerthausorchester Berlin, Orchestre de la Suisse Romande and New Japan Philharmonic Orchestra. She collaborates with conductors Andrey Boreyko, Alan Buribayev, Charles Dutoit, Vladimir Fedoseyev, Marek Janowski, Dimitri Jurowski, Emmanuel Krivine, Louis Langrée, Yoel Levi, Andris Nelsons, Kyrill Petrenko, Krzysztof Urbański, Juraj Valcuha and Gilbert Varga.
In 2009, Anna’s debut album was published on the French label naïve, featuring works by Rachmaninov, Gubaidulina, Medtner, and Prokofiev. This recording was awarded the “Diapason d’Or” as well as the “Choc du Mois” by Classica Magazine. Furthermore, it was nominated for a Midem-Classical Award. In October 2010 Anna Vinnitskaya’s first orchestral CD followed. As soloist of the Deutsches Sinfonieorchester Berlin conducted by Gilbert Varga she recorded Prokofiev’s Piano Concerto No. 2 and Ravel’s Piano Concerto in G major. This album earned her an ECHO Klassik award in October 2011. In March 2012 Anna Vinnitskaya presented her third CD with several masterpieces of Maurice Ravel such as „Miroirs“, and „Gaspard de la nuit“. It was immediately awarded the “Diapason d’Or” award.
Anna Vinnitskaya´s new recording was released he label Alpha Classic in summer 2015. Her first recording for this label is devoted to one of her repertories of choice: the concertos of Shostakovich. For this recording, Anna Vinnitskaya was surrounded by partners of the front rank: the famous Kremerata Baltica, regarded as one of the most creative ensembles on todays musical scene, and the prestigious wind players of the Staatskapelle Dresden.