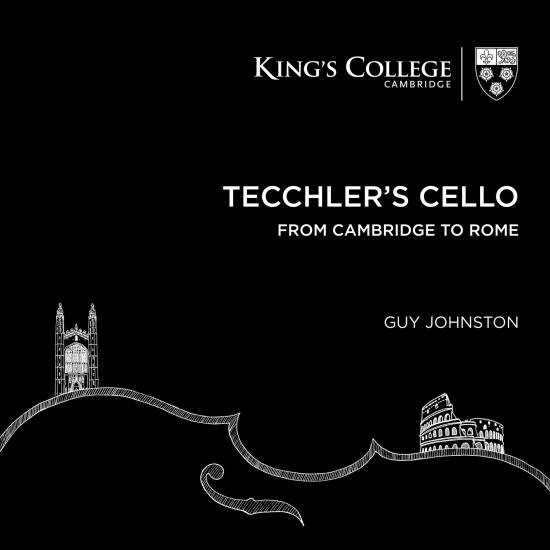 Guy Johnston, one of our most exciting and versatile British cellists, began his musical journey as a chorister in the world-renowned Choir of King’s College, Cambridge, under the tutelage of Stephen Cleobury. He went on to achieve early success through the BBC Young Musician of the Year title, the Shell London Symphony Orchestra Gerald MacDonald Award, and receiving a Classical Brit Award.
Guy now plays a 1714 Tecchler cello and in its third centenary he set out to celebrate the life of the instrument, and its creator, commissioning a number of new works. He explains: "I began to ask myself lots of questions – How did David Tecchler end up settling in Rome, who was he making cellos for, and how did this cello come into my hands? What is my journey and role as a cellist in the 21st century? I decided to mark this anniversary by commissioning three works as gifts for the cello by celebrated British composers David Matthews, Mark Simpson and Charlotte Bray. I asked them to think of the role of the cello in the last three centuries and to let their imagination run wild."
Guy’s inspiration led him to Italy, taking his cello back home to get to the root of some of these questions. Joined by friends from both countries, recorded at locations close to his heart, and featuring works from across his cello’s 300 years, this album traces that musical journey, from Cambridge to Rome.
This release is presented by King’s College, Cambridge and joins the King’s Choir’s critically-acclaimed recordings, including Bach’s 'St John Passion', recently released on the anniversary of its first performance. Guy’s discography includes celebrated albums for Naxos, Harmonia Mundi and Chandos. The release will be accompanied by an extensive international, multimedia press and marketing campaign.
"Barrière’s amiable Sonata for Two Cellos in G major unites [Johnston] with fellow BBC Young Musicians of the Year Sheku Kanneh-Mason. It’s a delectably nuanced performance, capped by a finale brimming with frothy filigree delight." (BBC Music Magazine)
"This is a lovely idea: the Tecchler of the disc title is Johnston’s David Tecchler cello, which celebrated its 300th birthday in 2014. To mark this occasion, Johnston commissioned three new works (by Matthews, Simpson and Bray), which receive their recording premieres. Imaginatively conceived and beautifully performed, this disc is a winner." (Classical Music)
Guy Johnston, cello
Tom Poster, piano
Magnus Johnston, violin
Sheku Kanneh-Mason, cello
Choir of King’s College, Cambridge
Orchestra of the Accademia di Santa Cecilia
Stephen Cleobury, conductor
Carlo Rizzari, conductor 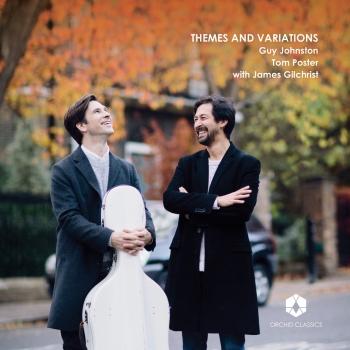 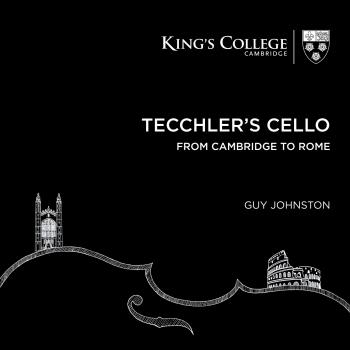 Tecchler's Cello: From Cambridge to Rome 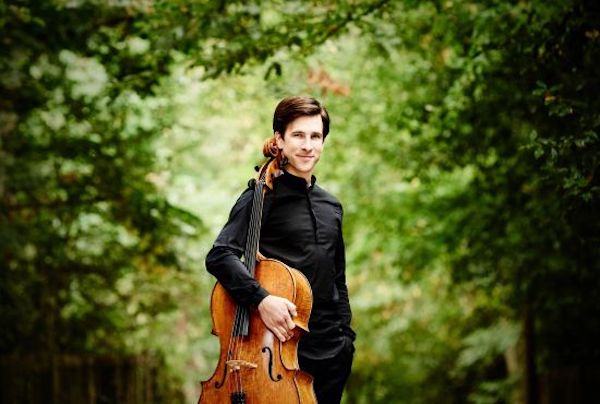 Guy Johnston
is one of the most exciting and versatile British cellists of his generation. Born into a musical family, Guy joined his brothers in the worldrenowned choir of King’s College, Cambridge, where he recorded the famous carol Once in Royal David’s City, under Stephen Cleobury. He went on to achieve important early successes through the BBC Young Musician of the Year title, the Guilhemina Suggia Gift, the Shell London Symphony Orchestra Gerald MacDonald Award and receiving a Classical Brit Award at the Royal Albert Hall. His mentors have included Steven Doane, Ralph Kirshbaum, Bernard Greenhouse, Steven Isserlis and David Waterman.
He has made many important debuts including at the First Night of the BBC Proms playing the Elgar Cello Concerto with the BBC Symphony Orchestra/Slatkin, the Brahms Double Concerto in the Philharmonie with the DSO Berlin/Valchua, Tchaikovsky Rococo Variations with the St. Petersburg State Capella Orchestra/ Dmitriev in St. Petersburg, the Elgar Cello Concerto with the Osaka Philharmonic/ Otaka in Tokyo, and the Schumann Concerto with the English Chamber Orchestra/ Tilbrook. Among past highlights with leading orchestras on these islands are ‘Don Quixote’ with the National Youth Orchestra of Great Britain/Tortelier, the Walton Cello Concerto with the BBC Philharmonic/Tortelier, the Dvorak Cello Concerto with the City of Birmingham Symphony Orchestra/Seal, Britten’s Cello Symphony with the Royal Northern Sinfonia/Ticciati, and Shostakovich Cello Concerto No. 2 with the RTE National Orchestra/Altschuler in Dublin.
Guy’s more varied activities in recent years have also seen him on tour in Australia as Principal Guest Cello of the Australian Chamber Orchestra and Guest Principal Cello of the Royal Concertgebouw Orchestra in Amsterdam while also continuing to perform the core cello concerti with orchestras such as City of Birmingham Symphony Orchestra, the Royal Northern Sinfonia, Royal Philharmonic Orchestra, and the Britten Sinfonia, among others. Recent season’s highlights include the Walton Concerto with the BBC Philharmonic and RTÉ National Symphony Orchestras conducted by John Wilson, the Elgar Concerto with Sir Roger Norrington, Shostakovich Cello Concerto No. 1 with the Moscow Philharmonic Orchestra, Elgar with the Royal Philharmonic Orchestra and the late Sir John Tavener’s ‘The Protecting Veil’ with BBC National Orchestra of Wales, performances in Japan with the NHK Symphony Orchestra. Future plans include the first performance of the Howells Cello Concerto at the Cheltenham Festival, a new cello concerto for the Proms 2016 with the BBC Symphony Orchestra/Sakari Oramo and a new recital CD.
A founding member of the Aronowitz Ensemble, Guy is an enthusiastic chamber musician and has enjoyed regular appearances abroad at festivals such as Delft, Moritzburg, Spoleto, Gaia and Bad Kissingen as well as Cheltenham, Bath, and the City of London festivals at home. Among his chamber music collaborators are solo artists such as Janine Janssen, Lawrence Power and Anthony Marwood, and ensembles such as the Belcea, Endellion, Carducci and Navarra quartets. Guy regularly performs at Wigmore Hall in London and is also the founding Artistic Director of the Hatfield House Chamber Music Festival. Guy also regularly collaborates with prestigious choral groups such as The Sixteen, BBC Singers and the Choir of King’s College, Cambridge, with whom he recently performed Ola Gjeilo’s O Magnum Mysterium as part of the widely broadcast ‘Carols from King’s’.
In addition to a busy and versatile career as an international soloist, chamber musician and guest principal, Guy is an inspiring leader of young musicians as a patron of several charities which promote music education with schoolchildren and young people including Music First and Future Talent. He is a Professor of Cello at the Royal Academy of Music where he was recently awarded an Hon ARAM, and is a board member of the Pierre Fournier Award for young cellists.
Guy’s debut recital CD on Orchid Classics was released to widespread critical acclaim. The disc includes works by Bridge, Britten, and a new work by Mark Anthony Turnage with pianist, Kathryn Stott. The New York Times review of this disc refers to “Mr. Johnston’s burnished and varied sound…”. Other recordings include concertos by David Matthews and Edward Gregson for Chandos with the BBC Philharmonic/Gamba and BBC Concert Orchestra/Tovey. Recent releases include the Moeran Cello Concerto with the Ulster Orchestra/JoAnn Falletta, two works by Frederic d’Erlanger – Ballade and Andante Symphonique with the BBC Concert Orchestra/Wildner and David Matthews’ imagining of Vaughan Williams’ unfinished cello concerto ‘Dark Pastoral’ with the Royal Scottish National Orchestra/Martin Yates. These recent recordings of relatively unknown cello works have been overwhelmingly well-received in the press; Gramophone described Guy as “an impeccable soloist” and BBC Music Magazine observed: “Guy Johnston’s playing is searchingly beautiful and accurate.”