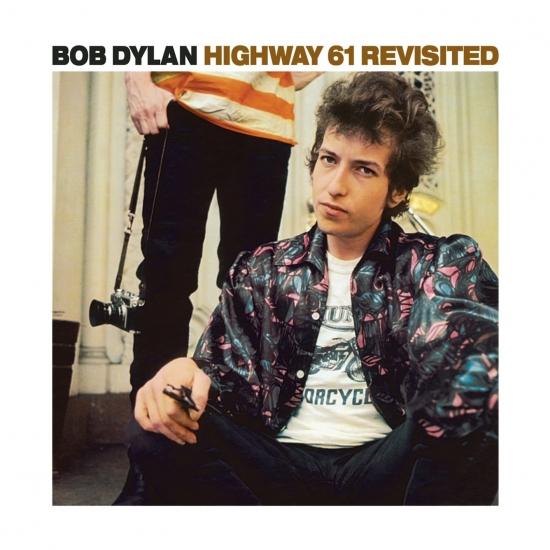 „Taking the first, electric side of Bringing It All Back Home to its logical conclusion, Bob Dylan hired a full rock & roll band, featuring guitarist Michael Bloomfield, for Highway 61 Revisited. Opening with the epic 'Like a Rolling Stone,' Highway 61 Revisited careens through nine songs that range from reflective folk-rock ('Desolation Row') and blues ('It Takes a Lot to Laugh, It Takes a Train to Cry') to flat-out garage rock ('Tombstone Blues,' 'From a Buick 6,' 'Highway 61 Revisited'). Dylan had not only changed his sound, but his persona, trading the folk troubadour for a streetwise, cynical hipster. Throughout the album, he embraces druggy, surreal imagery, which can either have a sense of menace or beauty, and the music reflects that, jumping between soothing melodies to hard, bluesy rock. And that is the most revolutionary thing about Highway 61 Revisited -- it proved that rock & roll needn't be collegiate and tame in order to be literate, poetic, and complex.“ (Stephen Thomas Erlewine)
Ranked #4 in Rolling Stone's '500 Greatest Albums Of All Time' - '...One of those albums that, quite simply, changed everything...' (Rolling Stone)
Bob Dylan, vocals, guitar, harmonica, piano
Mike Bloomfield, electric guitar
Charlie McCoy, guitar
Paul Griffin, piano, organ
Al Kooper, piano, organ
Frank Owens, piano
Harvey Brooks, bass
Russ Savakus, bass
Bobby Gregg, drums
Sam Lay, drums
Recorded at Columbia Studio A, 799 Seventh Avenue, New York, June 15 – August 4, 1965
Produced by Bob Johnston, Tom Wilson (on 'Like a Rolling Stone“)
Digitally remastered