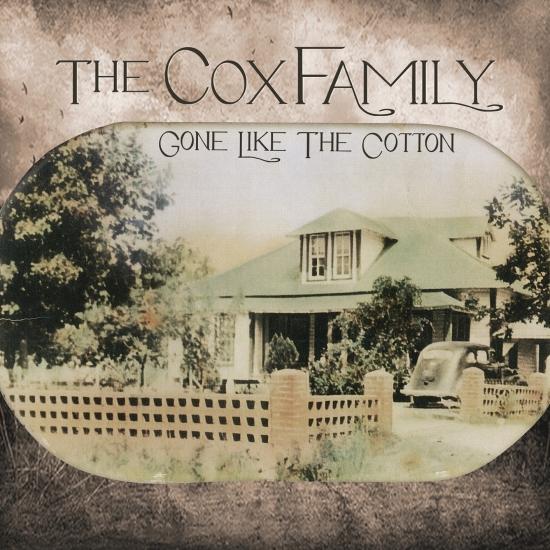 The Cox Family, widely known for their GRAMMY®-winning collaboration with Alison Krauss, I Know Who Holds Tomorrow, as well as their ravishing performance of "I Am Weary, Let Me Rest" from the smash-hit soundtrack O Brother, Where Art Thou?, make a triumphant return with Gone Like the Cotton, an album 17 years in the making. . .
Gone Like The Cotton is a stunning work, of which Rolling Stone s Stephen Betts writes, "Like the Cox Family's previous efforts, Gone Like the Cotton is built on a solid country-music foundation with sensational harmony singing and inspired song selection ... the Coxes haven't missed a beat, a tasty instrumental lick, or a sterling vocal performance in spite of the nearly two decades between the album's late 20th-century start and glorious 2015 finish."
Producer Alison Krauss reflects, "I can't remember when I've been lucky enough to be witness to a story where such generosity and talent come together so perfectly. I've had the time of my life getting to work on the record again. The Cox Family hold a place in my heart like no other, and listening to them for all of us is like coming home."
"The Cox Family's major-label debut, 1996's Just When We're Thinking It's Over, was a small triumph that demonstrated the different directions they could travel with their eclectic Southern-styled music and glorious four-part harmonies, but to say that they had trouble completing the follow-up is a few steps past understatement. The Cox Family were dropped by their label before the album they recorded in 1998 could be completed, and in 2000 family patriarch and group founder Willard Cox was paralyzed from the waist down in an auto accident. His wife Marie Cox was also battling cancer at the time, which would claim her life in 2009, and the Cox Family's personal and professional troubles slowed the group nearly to a halt. But 17 years on, the story of the family's unfinished album finally has a happy ending; after the masters for the 1998 sessions were recovered, the Cox Family returned to the studio to put the finishing touches on the album they long thought was lost, and Gone Like the Cotton has emerged sounding fresh, passionate, and thoroughly satisfying, a mixture of country, bluegrass, gospel, blues, and a dash of pop that sounds rootsy but thoroughly up-to-date at the same time. Despite the passage of time, the new vocal tracks featuring Evelyn, Sidney, and Suzanne Cox sound as soulful and precise as the material they cut in the '90s, and Willard's occasional leads (rescued from the 1998 sessions) are great, sweet and just a bit rough in the true honky tonk manner. The production by Alison Krauss is splendid, honoring the Coxes' traditionalism while adding a dash of rock & roll attitude on "In My Eyes" and "Good Imitation of the Blues," and even giving bluegrass-styled numbers like "I'm Not So Far Away" a welcome dose of energy. Considering the Cox Family's appearance on the multi-platinum O Brother, Where Art Thou? soundtrack, it's not hard to imagine that Gone Like the Cotton could have been a major crossover hit if the group had been allowed to finish it in, say, 2002, but without playing guessing games about what could have been, this long-fermenting project is a more than worthy follow-up to Just When We're Thinking It's Over, and it leaves no doubt that tough times have not dulled Evelyn, Sidney, and Suzanne Cox's talents, and hopefully we won't have to wait so long to hear them harmonize again." (Mark Deming, AMG)
The Cox Family 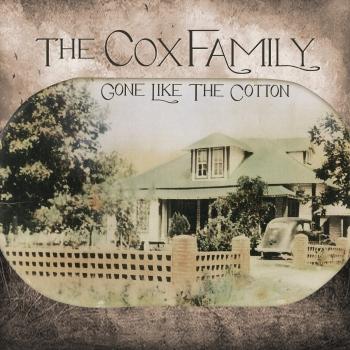 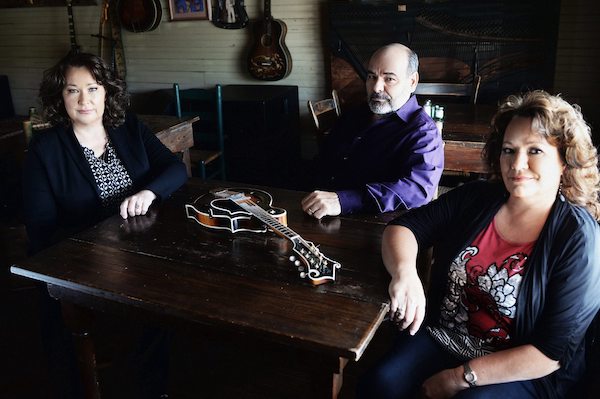