Death and Other Animals Faustus 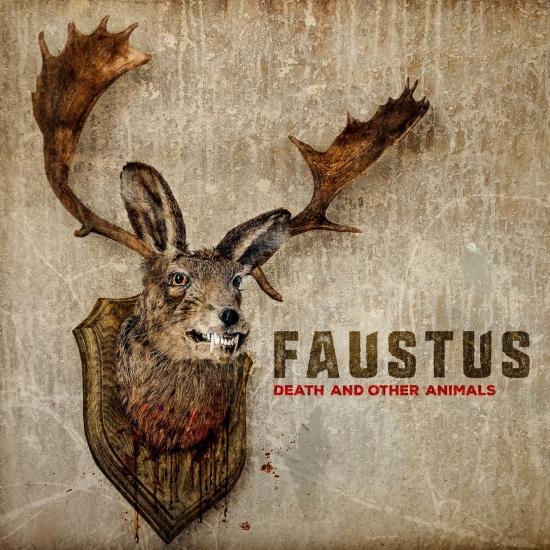 Info zu Death and Other Animals

Four years after their critically-acclaimed album Broken Down Gentlemen, Faustus, the pioneering ‘bloke folk’ trio return with their third release – Death and Other Animals. Here they tackle, head-on, subjects from the Dance of Death to the plight of the common man, sand-swallowed ships to mythical black dogs.
During 2016 the band have been Artists in Residence at Halsway Manor, National Centre for the Folk Arts, in the Quantock Hills of Somerset, where they have had unlimited access to the Manor’s extensive library. Material found therein has shaped this album which includes four songs unique to Halsway’s little-known Ruth Tongue archive. Halsway has been omnipresent throughout the process as the band not only researched material but recorded the album in the Manor.
In addition to traditional music from the English canon, in which Faustus excel, they present a song by UK legend, Bill Caddick, and have set a poem by award-winning Olivia McCannon, to new music. Original melodies sit alongside old words (some from manuscripts lurking in a secret filing cabinet at Halsway, yet published) and newly composed instrumentals are included on the album as well.
The band have also turned to pastures new for release and production, striking up a deal with German-based label, Westpark Music, and bringing in Rupert Christie as producer. With past production work including Bellowhead, Tom Baxter, Jessie J and Fisherman’s Friends, Rupert and Faustus was a match made in heaven as he and the band hit it off incredibly well.
„One of Britain's outstanding folk bands.“ (The Guardian)
„The concept? To rescue contemporary folk from the curse of feyness… Bloke-folk!... Fans of Led Zep III should take a thoughtful interest.“ (Independent on Sunday)
Benji Kirkpatrick, voice, bouzouki, guitars, mandolin
Saul Rose, voice, melodeons
Paul Sartin, voice, oboe, cor anglais, violin
Recorded at Halsway Manor
Produced and engineered by Rupert Christie
Mixed by Sam Burden at Empire Record Studios
Mastered by Nick Cooke at Pure Records 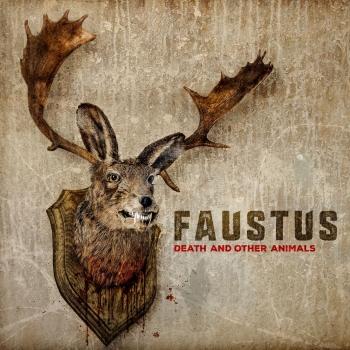 Death and Other Animals 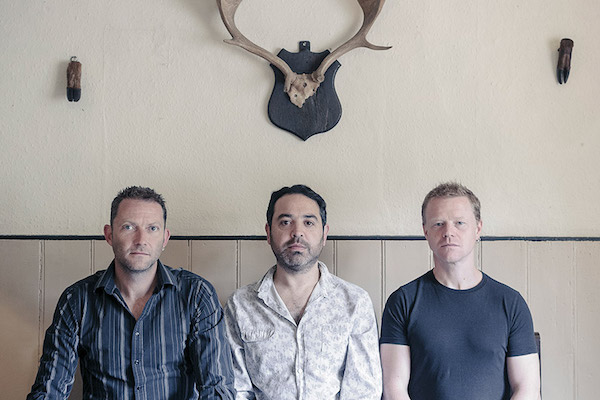 Faustus
Nominated in the 2009 BBC Radio 2 Folk Awards, Faustus are three of the leading lights of their generation: Benji Kirkpatrick (Seth Lakeman Band, Bellowhead), Saul Rose (Waterson:Carthy, Whapweazel) and Paul Sartin (Bellowhead, Belshazzar’s Feast). They have a plethora of experience between them, brought together here in a virtuosic display of musicianship and testosterone. Rooted deeply in the English tradition, in 2007 they received a 75th Anniversary Award from the English Folk Dance and Song Society.
Benji Kirkpatrick
was a key member of the recently disbanded folk big band and BBC Award winners Bellowhead. He spent three years in the Seth Lakeman Band having featured on Seth’s successful releases ‘Kitty Jay’ and ‘Freedom Fields’. He has also released four solo albums, the latest ‘Hendrix Songs’, saw him strip back the songs of his hero and set them in a new, acoustic light. In summer 2016, as part of the Shakespeare 400 celebrations, Benji was involved in ‘The Fairy Portal Camp’ at the RSC in Stratford upon Avon. Musicians, actors and dancers collaborated to produce new works every day for a week, working up to a final performance which opened ‘the fairy portal’… Benji has also worked with numerous other artists including Oysterband, John Jones, Maddy Prior (Steeleye Span), Thea Gilmore and Joan as Police Woman.
Saul Rose
was a long time member of Waterson:Carthy, winning two BBC Radio 2 Folk Awards with ‘Broken Ground’ and forming a duo with Eliza Carthy. The double album ‘Red Rice’, of which Saul was an integral part of the ‘Rice’ half, was nominated for the Mercury Music Prize in 1998. More recently Saul has joined Whapweasel, played in Ruth Notman’s band, and formed a duo with James Delarre (Mawkin). He is a founder member of new folk big band Eliza Carthy and The Wayward band. He has played on numerous albums as a guest, including Jackie Oates’ album ‘Hyperboreans’, Norma Waterson and Eliza Carthy’s album ‘The Gift’ and the soundtrack for the films ‘Morris- A Life With Bells On’ and ‘Far From The Madding Crowd’. He was nominated for the Musician of The Year award in the 2010 BBC Folk Awards and during 2011 took the part of Songman in the West End play War Horse.
Paul Sartin
A member of the late Bellowhead, as well as BBC Folk Award-nominated duo Belshazzar’s Feast, Paul is Director of the Andover Museum Loft Singers. Following the ‘Bellowhead Songbook’, his latest publication is ‘Community Choirs Folk’ for Faber Music. Recent broadcast appearances include BBC Radio 2’s ‘Clare Balding Show’ and BBC Radio 3’s ‘In Tune’ and ‘The Choir’. Having received a BASCA nomination for ‘The Hartlepool Monkey’ with Streetwise Opera, he has been commissioned to write music for Central School of Speech and Drama; Broadstairs Folk Week; Sidmouth Folk Festival and the Southbank; Somerville College, Oxford; and BBC Radio 4’s ‘Playing the Skyline’.
Faustus
came together in 2006 as an evolution of the award winning band Dr. Faustus. They made an eponymous debut album in 2008, produced by Stu Hanna and released by Navigator Records, which saw them nominated as the Best Group in the 2009 BBC Radio 2 Folk Awards. Touring saw them headlining at festivals, as well as playing sell-out concerts at arts centers and clubs. After a two year break they returned in 2011 and released the new album ‘Broken Down Gentlemen’ (Navigator Records) in spring 2013.