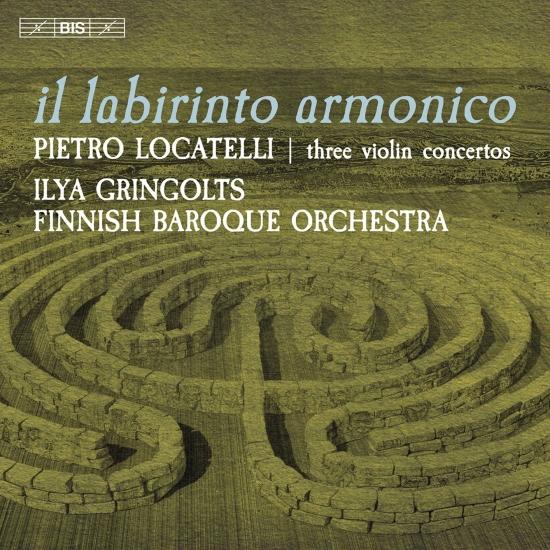 Published in 1733, Pietro Locatellis L'Arte del violino for solo violin, strings, and basso continuo took both violin technique and the solo concerto as a genre into a whole new realm. The twelve concertos included in the collection also played a part in forming the image of the violin virtuoso, reaching its full bloom with Paganini towards the end of the century. Locatelli probably composed the set between 1723 and 1729, years that he spent mainly on the road performing at princely courts across Italy and Germany. While the unusually high technical demands of the solo part are obvious to the listener from the start, the great surprise comes at the end of the first and third movements of each of the concertos. Here Locatelli inserts Capriccios for the soloist alone of a difficulty previously unheard of, with a left hand technique making use of extensions, octaves, unprepared tenths, double and triple stopping, arpeggios and double trills. The writing also favors playing in extremely high positions: in Capriccio No. 22 (from the third movement of Concerto no. 11) rising broken thirds go as high as 17th position. Ilya Gringolts, whose discography includes the better-known caprices by Paganini, has accepted Locatellis challenge, and here performs three of the LArte concertos. He does so with the support of the Finnish Baroque Orchestra, which he conducts from his gut-stringed violin by Ferdinando Gagliano, ca. 1770.
Ilya Gringolts, violin
Finnish Baroque Orchestra 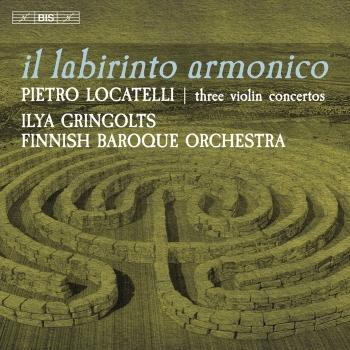 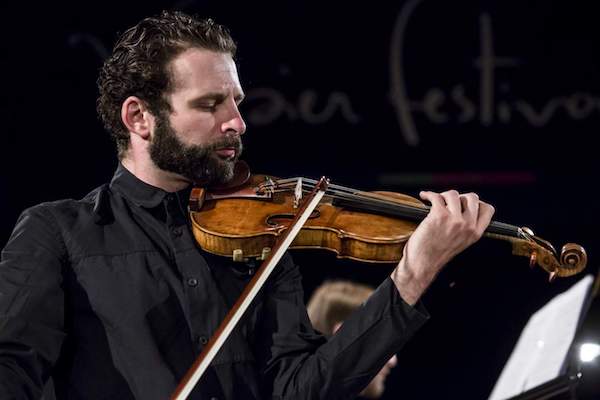 Ilya Gringolts
The Russian violinist Ilya Gringolts wins over audiences with his incredibly skillful playing and sensitive interpretations and is always seeking out new musical challenges. As a sought-after soloist, Ilya Gringolts devotes himself to the great orchestral repertoire as well as to contem-porary and rare works; he is also interested in historical performance practices. His concert programmes include virtuosic early repertoire by Tartini, Leclair, and Locatelli and premieres by Augusta Read Thomas, Michael Jarrell, Christophe Bertrand, and Albert Schnelzer. The 2020/21 season includes premieres of works by Bernhard Lang, Beat Furrer, and Nicolaus Richter de Vroe.
The violinist kicks off the season with several concerts with the Munich Chamber Orchestra; he has also been invited to solo with the National Symphony Orchestra Taiwan, the Bavarian Radio Symphony Orchestra, the Orchestre National des Pays de la Loire, the Orchestra della Toscana, the Stavanger Symphony Orchestra, the Deutsche Radiophilharmonie Kaiserslautern Saarbrücken, and the Musikkollegium Winterthur. From the instrument he conducts projects with the Franz Liszt Chamber Orchestra and the Arctic Philharmonic.
Ilya Gringolts has performed with leading orchestras around the world such as the Royal Liverpool Philharmonic Orchestra, BBC Symphony Orchestra, Finnish Radio Symphony Orchestra, St. Petersburg Philharmonic, Los Angeles Philharmonic, NHK Symphony Orchestra, Singapore Symphony Orchestra, Deutsches Symphonie-Orchester Berlin, Bamberg Symphony Orchestra, Mahler Chamber Orchestra, and both orchestras of the SWR (Southwest German Radio). Recent highlights include projects with the Royal Stockholm Philharmonic, Helsinki Philharmonic, BBC Scottish Symphony, City of Birmingham Symphony, Orquesta Sinfónica de Galicia, Israel Philharmonic Orchestra, and Radio Filharmonisch Orkest.
As first violinist of the Gringolts Quartet, he has enjoyed great success at the Salzburg Festival, Lucerne Festival, Edinburgh Festival, Concertgebouw Amsterdam, Philharmonie Luxembourg, Elbphilharmonie Hamburg, Konzerthaus Dortmund, and Teatro La Fenice in Venice. A highly esteemed chamber musician, Ilya Gringolts regularly collaborates with artists such as James Boyd, Itamar Golan, Peter Laul, Aleksandar Madzar, Nicolas Altstaedt, Christian Poltera, David Kadouch, Antoine Tamestit, and Jörg Widmann.
He has made numerous critically hailed recordings on Deutsche Grammophon, BIS, Hyperion and Onyx, and received outstanding reviews for his 2013 recording of Paganini’s 24 Caprices for solo violin. A recording of Mieczysław Weinberg's violin concerto with the Warsaw Philharmonic Orchestra was followed by further CDs with violin concertos: Dvořák with the Prague Philharmonia and Korngold and Adams with the Copenhagen Philharmonic under Santtu-Matias Rouvali. In 2018 the second part of his recording of the complete violin works of Stravinsky was released, recorded with the Orquesta Sinfónica de Galicia under Dima Slobodeniouk and awarded the Diapason d'Or. In 2021 his recording of Locatelli concertos will be released, for which he will conduct the Finnish Baroque Orchestra from the instrument.
In summer 2020 Ilya Gringolts and Ilan Volkov founded the I&I Foundation for the promotion of contemporary music to grant new commissions to young composers. An initial series of short solo works is already a part of the current season.
After studying violin and composition in St. Petersburg, he attended the Juilliard School of Music, where he studied with Itzhak Perlman. He won the International Violin Competition Premio Paganini (1998) and is still the youngest winner in the competition’s history; he was also named a BBC New Generation Artist at the outset of his career. In addition to his professor position at the Zurich University of the Arts, Ilya Gringolts was appointed to the renowned Accademia Chigiana in Siena in 2021. He plays a Stradivari (1718 "ex-Prové") violin.