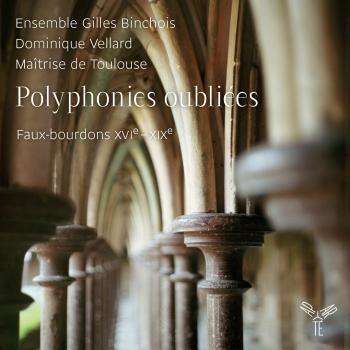 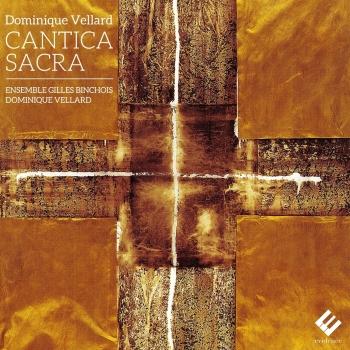 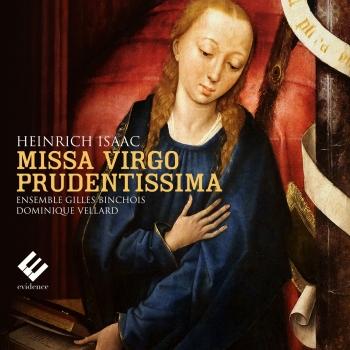 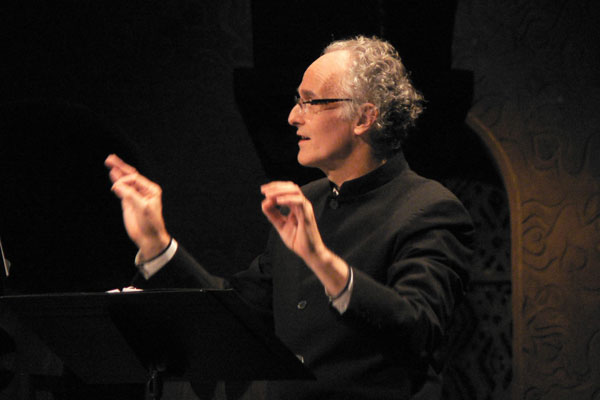 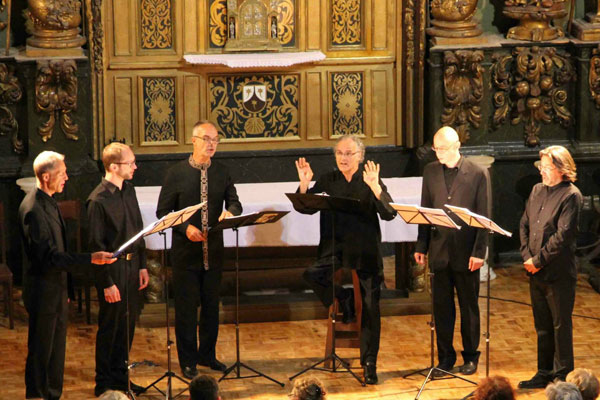 Ensemble Gilles Binchois
Since 1979 Dominique Vellard has been the inspirational driving force behind the Ensemble Gilles Binchois : more than 35 years of research and performance that have led to the creation of some of the essential recordings, especially of music from the medieval and Renaissance periods. An outstanding catalogue of recordings devoted to the music of Machaut, the Notre-Dame School, the Burgundian repertoire, early french polyphony or the spanish Renaissance, on labels such as Virgin Classics, Harmonic Records, Ambroisie, Deutsche Harmonia Mundi, Glossa y Aparté, have met public, critical and musicological acclaim. The Ensemble Gilles Binchois performs regularly mostrly across Europe, but also in Morocco, India, Malaysia USA and South America.
Dominique Vellard’s passion for music from plainchant to the 17th century was nurtured in his childhood at the Maîtrise de Notre-Dame in Versailles and these repertoires remained present in his personal career as in that of the Ensemble. In a parallel to the medieval rmusic which made his fame, the Ensemble did not stop singing early baroque music – and later one – by investing mainly religious repertoires: Schütz, Buxtehude, Bach, Monteverdi, Gesualdo, Carissimi, Charpentier, Nivers, Boely, until Liszt and Fauré…
If the leading role which Dominique Vellard held in the emergence and the growth of the “French school” of medieval music – in particular for the totally new way in performing the Gregorian chant – gave him an image of medievalist, his interest for the other periods of the early music is unwavering. Alternating these repertoires going from the 10th to the 19th c. is for the group a way of freshening permanently the enthusiasm, of revitalizing the artistic impetus of its members, of avoiding setting too much fixed performances.
In its “variable-geometry” functioning, the Ensemble works regularly with some fifteen artists and integrates over time young singers and instrumentalists, mainly formed at the Schola Cantorum of Basel. This openness offers to these young artists a professional stepping stone and brings to the ensemble new colours and a renewed spring of energy.
Its interest for the Church music brought the group to perform unknown repertoires, contributing to introduce them to the public, in close collaboration with the musicologists Marie-Noël Colette, Wulf Arlt and Jean-Yves Hameline; among these rediscovered and recreated repertoires can be mentioned the Tropes, the 11th c. french polyphonies, the 12th c. “Nova cantica”, the “Banquet of the Vow” -15th c., the Manuscript of Le Puy, 12th-16thc., the french “Fauxbourdon” of the 16th to the 19thc.
The group is annually the privileged guest of the “Rencontres de Musique Médiévale du Thoronet”, created 25 years ago and has established, in connection with this festival, a summer academy, the 9th session of which will take place in July 2015.
Since about fifteen years, thanks to Dominique Vellard’s passion for the musics of other traditions, the group developed projects with musicians of northern and southern India, Spain, Brittany, Morocco or Iran. In the field of the contemporary creation, Dominique Vellard dedicates a part of his time to the composition, drawing from his own musical and spiritual background as from his interest for the monodies and polyphonies of oral tradition.
Professor during several years at the CNSM of Lyon, Dominique Vellard formed number of French performer in the medieval repertoires. Since 1982, he is professor at the Schola Cantorum Basiliensis where students of the whole world come to follow his classes and where several generations of musicians drew the constituent elements of their style and the foundation of their knowledge.
Dominique Vellard recorded more than 50 albums of which about forty at the head of the Ensemble Gilles Binchois.
Dominique Vellard
The major areas explored by Dominique Vellard in his musical carreer are rooted in his childhood experiences -as a choirboy at Notre-Dame de Versailles- that gave rise to his passionate love of Gregorian chant, Renaissance polyphony, french composers of the seventeenth century and Bach organ music and chorales.
Soon after completing his studies at the Versailles conservatory, Dominique Vellard decided to concentrate his work on medieval and Renaissance repertoires, fields in which he felt he was entirely free to express his musical aesthetics.
Alongside his “medieval carrer”, Dominique Vellard has kept up his involvement in other repertoires, exploring the fruitful possibilities of encounters between the earliest works in his repertoire and traditions as varied as North and south Indian Classic repertories, Breton Guerz and Spanish traditions.
Dominique Vellard has made more than forty recordings, whether as soloist, conductor, or at the head of the Ensemble Gilles Binchois, which he has directed since 1979.
He has taught at the Schola Cantorum in Basel since 1982. He is also the Artistic director of the festival “Les Rencontres Internationales de Musique Médiévale du Thoronet”.
As a composer, he writes regularly, since 1999, for the Ensemble Gilles Binchois and for friends, mostly vocal music : A first CD of his vocal music “Vox nostra resonet” is edited by the record company GLOSSA.