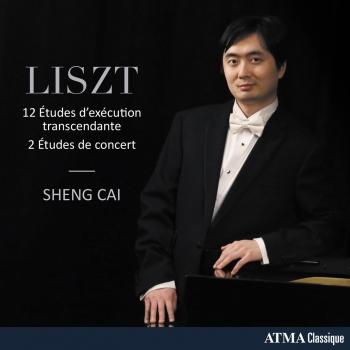 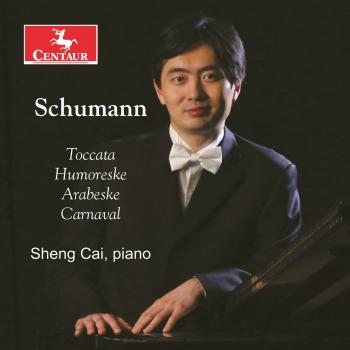 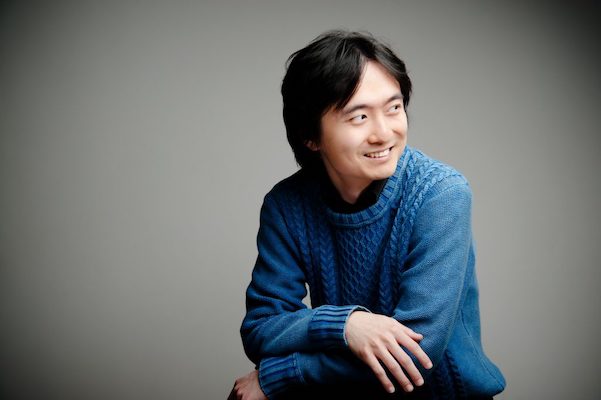 Sheng Cai
Twenty-eight year old award-winning pianist, Sheng Cai has embraced the keyboard tradition which epitomizes the greatness of the romantic virtuoso. His performances have touched audiences and won the praise of critics on three continents. Of his Chopin 1st piano Concerto the Toronto Star headlined:"Young pianist impresses at debut" and continued "a young man with real talent... from a clear, singing tone to a subtle sense of rubato to a judicious choice of tempi... some of the same quantities embodied in Pollini's approach". Honored with a number of prizes and awards, Sheng Cai has been described as a pianist" with great confidence... gave more lucidity, color and power" by the Birmingham News.
Since his debut with the Toronto Symphony at just fifteen years old, Sheng Cai has since performed a broad spectrum of concerto repertoire --- Bartok, Beethoven, Chopin, Liszt, Gershwin,Grieg,Mozart, Prokofiev, Rachmaninoff,Saint-Saens, Schumann, and Tchaikovsky with numerous orchestras as guest soloist such as Toronto Symphony, Quebec Symphony,Windsor Symphony, Fort Collins Symphony, New Bedford Symphony and Shanghai Sympnony,as well as with the Calgary Philharmonic,Ontario Philharmonic. Jalisco Philharmonic of Mexico and many others. In Canada, Sheng Cai has also performed with numerous regional orchestra such Sudbury, Kingston and Kamloops Symphonies, and with the Winnipeg Symphony Chamber Players, among others. He has worked with conductors such as David Lockington, Keith Lockhart, Yoav Talmi, Glen Fast, Robert Franz. Bruce Dunn, Guoyong Zhang, Wes Kenny, Marco Parisotto and Eckart Preu.
In recitals, Sheng Cai has been heard in such North American venues such Stainway Hall in New York, Jordan Hall in Boston, the Cleveland Play House, the Modern Art Museum in Fort Worth, the Alys Stephens Center in Birmingham, CBC's Glenn Gould Studio in Toronto, and other distinguished venue in Stratford,Elora,Montreal and Winnipeg. In China, he inaugurated the Ningbo Concert Hall, giving both recitals and concerto performances. As a chamber musician, Sheng Cai has collaborated with a number of fine artists, including the Enso Quartet. Many of his performances have been broadcast on CBC Radio, and he has recorded a CD for the Canadian Broadcast Company. In addition, he was invited to take part in the filming of Franz Liszt DVD of Ophra Yerushalmi.
Sheng Cai also recorded at the Glenn Gould Studio for Concertino Praga International Competition in the Czech Republic, these were released under Canadian Broadcasting Company label. He was top-prize winner at competitions throughout his teenage years, including the First Prize at the TD bank sponsored National Piano Competition, the Canadian Music Competition,Toronto Music Competition, the Montreal Symphony Orchestra Piano competition, Toronto Symphony Piano Competition, and was the youngest finalist and special prize winner at the Bosendorfer International Piano Competition and the youngest finalist at Hilton Head International Piano Competition.
Sheng Cai is instrumental in advocating many neglected works that are peaks of the piano literature, works by composers such as Busoni, Enescu, Kablevsky, Medtner, Villa-Lobos and a number of his own works frequently shows up on his concert programs, his creative programming have made audience aware of such treasures of the piano literature deserves a wider audience.
Born in China, Sheng studied at Shanghai conservatory of Music and was a top-prize winner of the National Competition in 1998.The following year, his family immigrated to Canada where he began study at the Royal Conservatory of Music in Toronto. Sheng Cai earned his Bachelor of Music Degree under full scholarship at New England Conservatory in Boston. His teachers have included pianist Anton Kuerti,Russell Sherman and Hungkuan Chen.