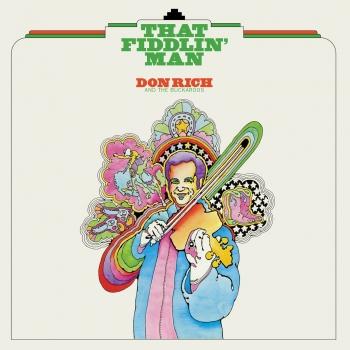 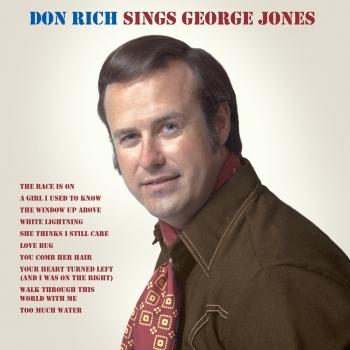 Don Rich
Donald Eugene Ulrich, best known by the stage name Don Rich, was born in·Olympia, Washington·on August 15, 1941. The adopted son of Bill and Anne Ulrich, his parents began teaching Don the fiddle at age three on a small violin made for him by his father. He also began playing guitar at an early age. His parents entered him in numerous talent contests and he performed for various events and local venues growing up.
In September 1957, at age 16, he opened for·Elvis Presley·at the·Tacoma Lincoln Bowl. He also formed an early rock and roll band called the Blue Comets with his friends, drummer Greg Hawkins and pianist Steve Anderson. By 1958, Rich was playing regularly at Steve's Gay '90s Restaurant in South Tacoma.·Buck Owens, who was living in Tacoma while working at radio station KAYE, attended one of his shows and immediately went to speak with him; Rich was soon playing fiddle with Owens at local venues. They were featured on the weekly BAR-K Jamboree on KTNT-TV 11, where·Loretta Lynn·was a guest with them for her television debut. Soon after, Owens' "Under Your Spell Again" made it to No. 4 on the country music charts, and he returned to·Bakersfield, California·to do more recording for·Capitol Records.
Owens tried to convince Rich to come with him to Bakersfield, but Rich decided to go to·Centralia College and continued playing local venues. While at Centralia, he started dating Marlane Schindler, his future wife, a beauty who reigned as Queen of the Morton Loggers Festival. After a year of college, Rich joined Owens in Bakersfield, signing on for $75 a week in December 1960. Rich and Marlane married, and Marlane worked to support Rich, Owens and his Buckaroos performing. Don and Marlane had two children, Vance and Vic Ulrich.
The first single Rich played on was "Above and Beyond," which peaked at No. 3. Owens and Rich toured somewhat haphazardly, playing wherever and with whatever musicians they could find. Owens and Rich continued recording singles in Bakersfield. In 1961 they recorded "Foolin' Around and in 1962 the single "You're For Me", solidified their unique sound, called the "Bakersfield Sound".
In early 1963, the Johnny Russell song "Act Naturally" was pitched to Owens. Rich liked it, and persuaded Owens to record it with Don on lead guitar. It was Owens' first No.·1 hit. Owens and Rich followed "Act Naturally" with "Love's Gonna Live Here", which spent sixteen weeks at No.·1. In January 1964, they recorded "My Heart Skips a Beat" and "Together Again". Both songs went to No.·1 simultaneously and switched spots multiple times. This led to a string of 26 No. 1 hits in a row, including "Buckaroo"·which was the only instrumental ever to go to No.·1 on the country charts. They performed at·Carnegie Hall·in New York City, and recorded the show, considered by many to be one of the finest live country music records of all time.
In 1966 they began filming a half hour television show called·The Buck Owens Ranch Show. The show was eventually canceled because it conflicted with a new TV show,·Hee Haw. Buck signed onto·Hee Haw·in 1968, with Don Rich named musical director. Hee Haw·aired on CBS from 1969 through 1971, and afterward promptly went into syndication. The Buckaroos served as the house band, and they were suddenly getting national exposure on a weekly basis. Owens and Rich together would reach No.·1 one last time with "Made in Japan", which was released in 1972. After finishing work at Owens' Bakersfield studio on July 17, 1974, Rich was tragically killed in a motorcycle accident while en route to join his family for vacation on the·central coast·of California.
Rich was named CMA Instrumentalist of the Year in 1974. He is recognized as one of the greatest country musicians of all time and integral in developing the Bakersfield Sound and the Buck Owens sound with his quality high harmony, innovative fiddle and guitar contributions to all their recordings. (Source: nationalfiddlerhalloffame.org)