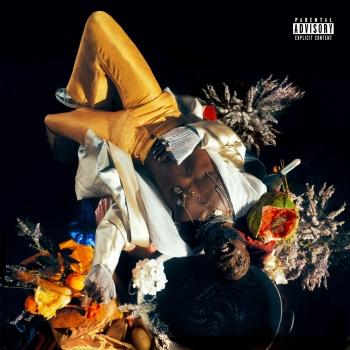 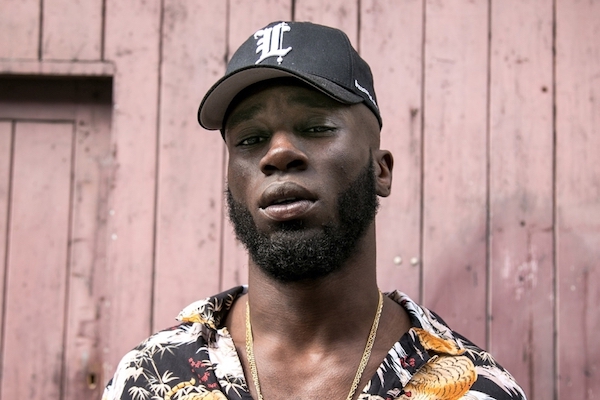 Kojey Radical
is something of an anomaly among black British male rappers. When I encounter him in the library at Shoreditch House, he is serving much the same meticulous yet effortless look I first observed him in, outside of a much-delayed Tokyo James show at London Fashion Week – an amalgam of street and dandy which borders on the princely. He reclines in a Patta two-piece paired with Dior Saddle bag, pearl bracelets, a heart-shaped locket and Jil Sander boots; all worn with a casual energy. In both his music and fashion Kojey shrugs off the traditionally austere impositions of hypermasculinity in favour of something nobler and much more interesting.
Indeed, no one could ever accuse Kojey of not using the full potential of his voice; the 26-year-old black British multidisciplinary artist sings, raps, and performs spoken word in his music, but figuratively, he is a man unafraid to immerse himself and his art in sensitive subjects. Be it reflections on the hypervigilance instilled by a world of mass shootings and violence, reflections on faith – or the waning of it – or the allyship of showing the diversity of gender expression and sexuality in his music videos, he shows a keen awareness of his ability as an artist to uplift and meaningfully mould the conversation.
Despite some clear influences and a deployment of forms and styles ranging from gospel and spoken word to grime and hip hop, Kojey’s musical endeavours enjoy a certain liminality, encompassing multiple genres and all the spaces between, without necessarily feeling the need to definitively declare itself any one thing. This is fitting for a man who attempts to constellate his broad talents – illustration, fashion design and, of course, music – in service of a fully realised artistic expression. Ahead of the release of his upcoming musical project, CASHMERE TEARS, Another Man caught up with the artist.