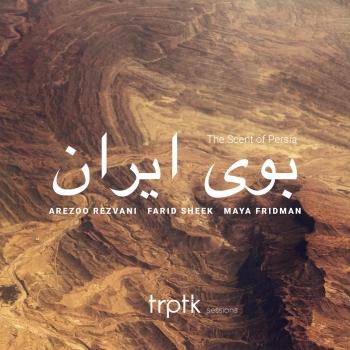 The Scent of Persia (EP) 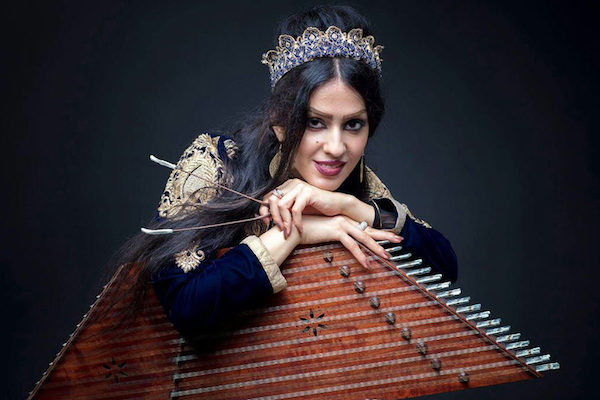 Arezoo Rezvani
While a child Arezoo Rezvani showed interest in music and dance. She was an important member in every musical activity of the school. She started to play santure at the age of 18. She was tutored for one year by Korlush Ashigh in Esfehan, Iran. Then followed the music academically.
Due to her hard and dedicated work, she could pass the music university entrance examination. She was the on the first series of students who entered Gilan university. She was graduated from the same university with a master degree in Persian music. During the academic studies, she had the chance to learn from the masters such as Ardevan Kamkar, Aydin Alinasab and Afra Atrae. During the course of her studies she was also tutoring some students. For a short time, she was teaching Santure to the families of Employees of Iranian oil companies in Asaluyeh.
She founded and directed the first lady’s orchestra of Persian musical instruments. Arezoo Rezvani was honoured to take part in grand maestro Mohammad Reza Lotfis courses. She learned the “Radif” of modal system of Persian music from him, then she entered the ensemble called Banovan Sheyda directed by maestro Lotfi. Maestro Lotfi composed “Chahar Mezrab” and assigned Arezoo to perform it. Afterward she started to play music internationally.
Her first international concert was in Netherland. Then she was invited to Germany by maestro Mario Taghadossi the great opera master and singer. That was her first step to start musical activities in Europe. During her activities in Europe Morat Joshkan the percussion instruments player had an important role in her artistic career. They have cooperated in an album called vision which is available in European market. Arezoo has performed many concert in Europe such as Netherland, Germany, Italy, Portugal Austria and Turkey. She is cooperating with many top musicians and has done great efforts to introduce Santure and Persian music out Iranian borders.