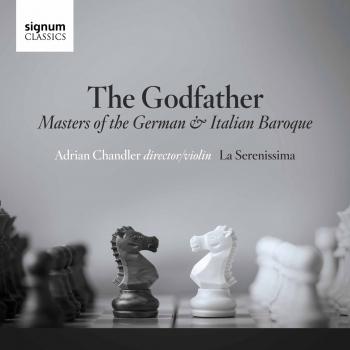 The Godfather: Masters of the German & Italian Baroque 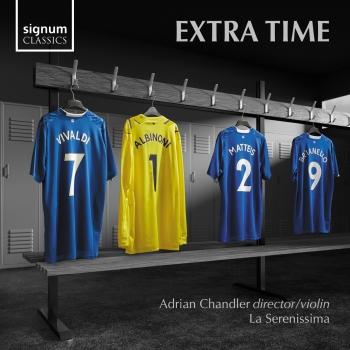 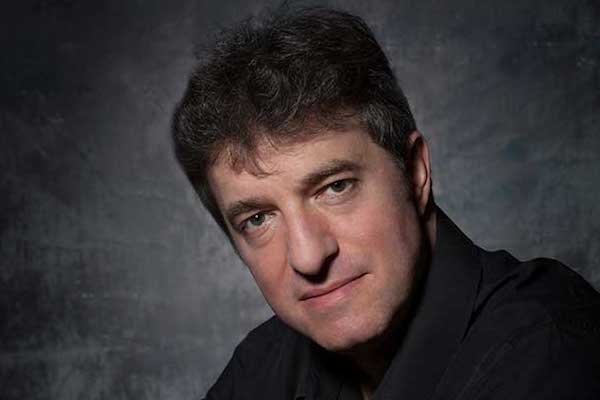 Adrian Chandler
Born on Merseyside in 1974, Adrian Chandler is recognised internationally as a leading interpreter of Italian baroque music. Whilst a student at the Royal College of Music, Adrian founded La Serenissima with whom he has performed as Director/Soloist at major festivals and has recorded extensively for the Avie label (winning a Gramophone Award in 2010). He has been Guest Director and Soloist with many ensembles and will make his debut with Concerto Copenhagen in 2019. Adrian’s performances have been broadcast extensively worldwide; his disc of virtuoso violin sonatas Per Monsieur Pisendel 2 released in 2014 attracted rave reviews and featured on the soundtrack of hit American TV series The Originals. His interpretation of The Four Seasons was released in 2015 to outstanding critical reception and his unique combination of research, editing and performing work has been recognised by twice winning the Gramophone Award for Baroque Instrumental for recording projects The French Connection (2010) and The Italian Job (2017). Adrian’s most recent recording with La Serenissima is a disc of double concertos Vivaldi x2, released in 2018, which went straight to No.1 in the Classical Charts and attracted great critical acclaim.
Known for his virtuosity and commitment as performer, Adrian also works tirelessly to research and edit new repertoire for La Serenissima. He held an Arts and Humanities Research Council fellowship at Southampton University to research the development of the North Italian violin concerto 1690 – 1740, and subsequently a two-year post as Turner Sims Professor. He curated La Serenissima’s first ever residency The Grand Tour at St John’s Smith Square, London during the 2016/17 season, devised and directed three concerts for the 2017 Vivaldi in Venice festival, and in 2018 directed the UK premiere of Brescianello’s opera Tisbe for the Buxton International Festival.
During the 2018/19 season, Adrian will direct La Serenissima in a flagship programme The Godfather at venues around the UK, will perform two bespoke programmes at London’s Wigmore Hall, and will tour to Italy, Denmark, Germany and Spain.