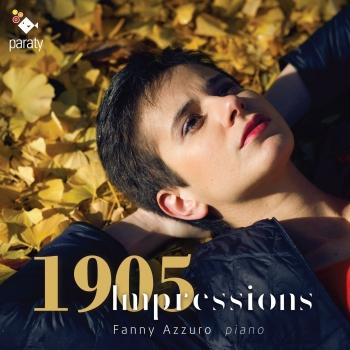 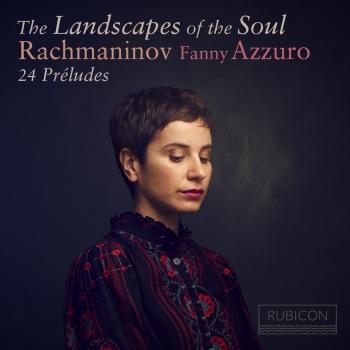 The Landscapes of the Soul 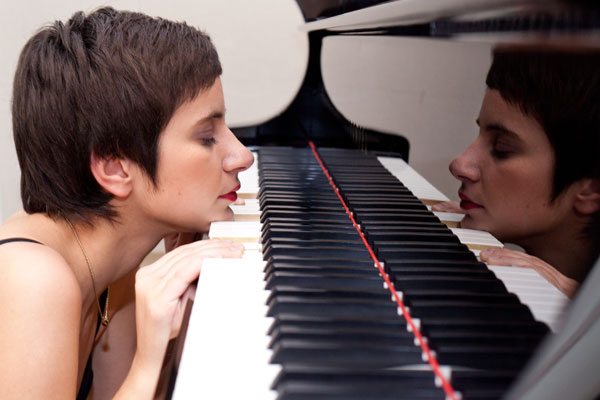 Fanny Azzuro
has already had a rich and exciting musical career. In 2008, she won the SPEDIDAM First Prize at the Concours de piano in Vulaines-sur-Seine (France). In 2009, she won a prize in the World Piano Competition in Cincinnati (USA) and in the Piano Campus competition in France (SACEM Prize and Special Mention for best interpretation of modern music).
In May 2010, she again crossed the Atlantic, when she was invited to perform during the New York Piano Festival before taking part, in July, in the Bowdoin International Music Festival, one of the most prestigious in the United States, for which she received a grant. In 2011, she was asked to perform in Washington DC after a stringent selection for the semi-finals of the Washington International Competition. In June 2012, she was selected to take part in the Texas Piano Festival as a Young Artist and in November 2012 she won the prize for best interpretation of Frédéric Chopin and the prize of the best interpretation of the contemporary piece (Essyad, Prélude n°2).
In 2012, she also won three scholarships: from the Fondation Meyer pour le développement culturel et artistique, from the Mécénat Musical Société Générale and from the SPEDIDAM.
Over the years, she has appeared on many prestigious stages in France: Festival Piano Campus, Festival Jeunes Talents, Festival Pablo Casals, Annecy Classic Festival, Festival Jazz à Serres, Musique au coeur des Baronnies, Festival Pablo Casals…
Interested by every art and musical style, Fanny Azzuro accumulates experiences aiming to break down the barriers surrounding classical concerts: in 2009, she performed alongside the jazzman Tigran Hamasyan and in 2010, created the SpiriTango Quartet, a piano-violin-double bass-accordion tango quartet, with Fanny Gallois, Thomas Chedal and Benoît Levesque.
With Pierre Azzuro, her horn-playing brother (Stuttgarter Philharmoniker), she often performs in Provence and in the southern French Alps. She has also had the opportunity to perform with André Cazalet (Orchestre de Paris), Hervé Joulain (Orchestre National de France), Matthieu Romand (Orchestre de Radio France), Kristi Gjezi (Concertmaster, Orchestre de la Suisse Romande)…
Some excellent teachers have helped shape her talent. These include Suzan Campbell at the Montpellier Conservatoire, Olivier Gardon at the Paris Conservatoire, then Laurent Cabasso, Théodore Paraskivesco and Denis Pascal at the Paris Conservatoire National Supérieur de Musique.
Other encounters helped stimulate her energy and musical curiosity: the famous French teacher Dominique Merlet, Vladimir Viardo, a unique Russian pianist –who followed in the footsteps of Lev Naoumov and through him of Neuhaus–, Gisèle Magnan, who passed on her precious method of working, Jay Gottlieb, an eminent specialist of the modern repertoire, and Tuija Hakkila, a teacher at the Helsinki Sibelius Academy (Finland), whose great freedom of mind she shares.
She also benefited from meeting great masters such as Dmitri Bashkirov, Aldo Ciccolini, Jacques Rouvier, Jean-Claude Vanden Eyden, Matti Raekallio, Yoheved Kaplinsky during various Musical Academies, in Europe, in the USA and in Canada. She completed her Bachelor’s (2010) and Master’s (2012) degrees in Piano at the Conservatoire National Supérieur de Musique et de Danse de Paris as a student of Denis Pascal, as well as a Bachelor’s degree (2012) in Chamber Music with Jean-Noël Crocq. She also started another Master’s degree in Piano at the Helsinki Sibelius Academy in 2011 with Tuija Hakkila. In September 2012, she was admitted to study for a Master’s degree in Chamber Music with Ami Flammer.
Also in September 2012, she was admitted to the Accademia Pianistica Internazionale “Incontri col Maestro” a Imola, with the great pianist Boris Petrushansky. After signing with a manager in France and in Spain, she recorded her first CD, Rage, with the SpiriTango Quartet in December 2012.