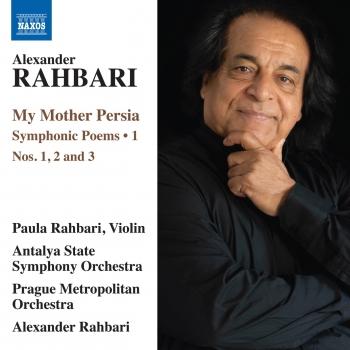 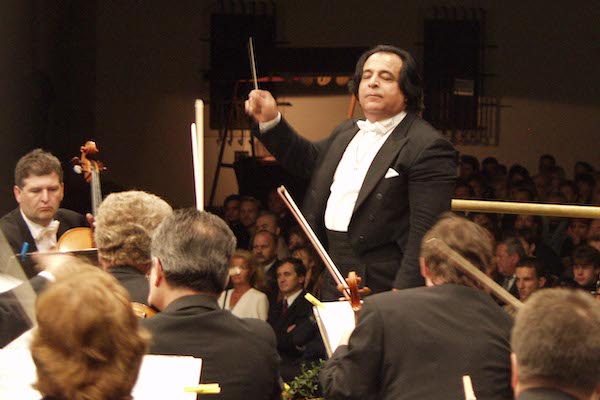 Alexander Rahbari
Born in Tehran - Iran, Alexander (Ali) Rahbari was trained in Vienna as a pupil of Gottfried von Einem, Hans Swarowsky and Karl Österreicher. On his return to Iran, only 24 years old, he was appointed director of the Teheran Conservatory of Music and took a leading position in the cultural development of his country.
Early in his conducting career Rahbari was the recipient of several major awards. In 1977 he won the prestigious Gold Medal at the Concours International de Jeunes Chefs D’Orchestre (The International Contest of Young Conductors) in Besançon, France following a Silver Medal at the Geneva Conductor’s Competition.
Noticed by the legendary Herbert von Karajan, Rahbari was invited by him to conduct the Berlin Philharmonic Orchestra. After this triumphal debut with the orchestra, further engagements followed in 1980, 1982 and 1984. Karajan also paid him the enormous compliment of asking Rahbari to be his assistant at the Salzburg Easter Festival in 1980.
From this auspicious start, Rahbari's career has blossomed and to date he has conducted more than 120 orchestras around the world working in most renowned opera houses, national and international scenes such as Orchestre de la Suisse Romande, Orchestre National de France, Czech Philharmonic, Leipzig Gewandhaus Orchestra, Sächsische Staatskapelle Dresden, NHK Tokyo, Rotterdam Philharmonic, Stockholm Philharmonic, Zürich Tonhalle Orchestra, The Berlin Symphony Orchestra, Orchestra Sinfonica Siciliana, Barcelona City Orchestra, Prague Symphony Orchestra, New Zealand Symphony Orchestra, and the English National Opera.
In 1985, Alexander Rahbari was appointed as the Czech Philharmonic’s Permanent Guest Conductor. His achievements brought him the prestigious award of Dvorak Medal for his outstanding work with the Czech Philharmonic.
Also from 1985 Rahbari became Principal Guest Conductor with the Belgian Radio and Television Orchestra, Brussels - the "BRTN" - and served as Chief Music Director from 1988 until 1996. It was during his time with the orchestra that he became well known for his recordings of the standard orchestral repertoire together with operas, contemporary music and choral works and in 1994 he was honoured with the Fuga Trophy by the Belgian Composers' Association for his outstanding achievements with the orchestra.
His recordings on Compact Disc alone number more than 150 and some of them were recorded by DISCOVER, NAXOS, and POLYGRAM. Rahbari's recordings of Verdi's and Puccini's operas have brought him international acclaim and recognition and as Chief Music Director of Koch Discover International (which he founded in 1992) he has discovered many young soloists and ensembles, helping them to make recordings and promoting them on the international scene.
From 1997 until 1999, Rahbari was appointed as principle conductor of Zagreb Philharmonic and Virtuosi di Praga. In 2000 he moved to South Spain as he was nominated as Chief Conductor and Music Director of the Malaga Symphony Orchestra and remained in the city until 2004.
Gathering 60 Iranian musicians in 1997 from Austria, Belgium, France, Germany, Holland, Spain, Sweden, Switzerland and United States in Bregenz, Rahbari founded the Persian International Philharmonic. The result has been recording of several oriental peaces as Scheherezade from Rimsky Korsakov, Violin Concert from Aram Khachaturian and Nohe Khan, composed by Rahbari at the age of 19, under the direction of Koch Discover International.
In 2003 Alexander Rahbari obtained the Reward of Honour from the City of Malaga for Outstanding Artistic Achievements. The tour in Germany with the Malaga Symphony Orchestra in 2004 through Munich, Friedrichshafen, Düsseldorf, Regensburg, Köln, Braunschweig, etc. was a complete success resulting in standing ovations and excellent reviews in the media.
In 2005, Maestro Rahbari was invited to Iran as the Permanent Conductor of Tehran Symphony Orchestra. His return and performance of Beethoven’s Ninth Symphony, after thirty years in the country, become the biggest music event of the past three decades.
Married to a violinist from Croatia, Alexander Rahbari is father of five children. Something of a new Renaissance man, he is a passionate artist and has painted portraits of several international music personalities. He is also the avid designer of his charming home outside of Vienna.