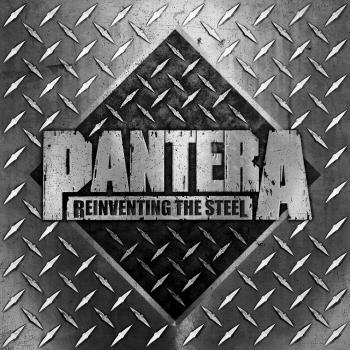 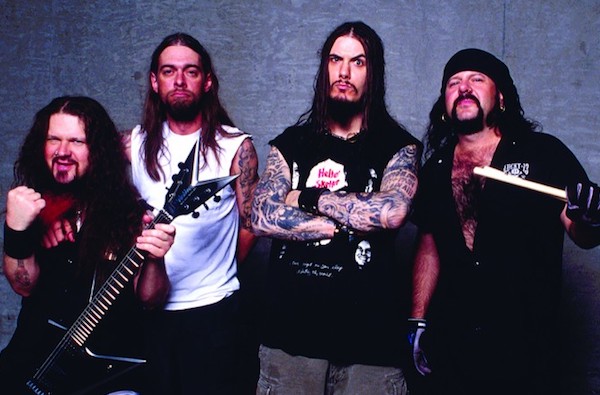 PANTERA
Highly influential Metal band. The Arlington based band would, at a mid point in their career, adopt an aggressive new musical direction of hardened Thrash which would see PANTERA becoming one of the major artists in the Metal field, enjoying Platinum sales status and a number 1 Billboard album. Such was their innovation that they would create a whole new genre in the Heavy Metal field and influence a plethora of artists that came in their wake.
Whilst the mainstream discovered PANTERA in 1990, on the back of the 'Cowboys From Hell' album, it came as a surprise to many that the group had been operational, and successful, for many years prior, holding major status in Texas and boasting strong cult appeal internationally. The band's former musical stance and image was wildly different to that portrayed from 1990 onwards and initially the record company attempted to bury these past achievements - to no avail.
PANTERA (Spanish for 'Panther') started life in 1981 on the Texan club scene performing cover sets of VAN HALEN and KISS songs. Founded in 11th grade, the very first PANTERA line-up comprised singer Donnie Hart, guitarists Darrell Abbott and Terry Lee Glaze, bassist Tommy Bradford and drummer Vinnie Paul. By 1982 Hart had exited, with Glaze switching from guitar to the lead vocal role, and Bradford had been superseded by Rex Brown.
Diamond Darrell's enthusiasm to pick up the guitar came from having witnessed Ace Frehley and he proudly sport an ACE FREHLEY tattoo and KISS emblazoned guitars. PANTERA quickly became cult favourites on the underground metal scene with fans being constantly bemused by the band's undoubted quality against a series of truly horrendous amateur album covers and PANTERA's inability to break into the big time outside of dominating Texas, Oklahoma and Louisiana.
Nevertheless, PANTERA soon became adopted sons on their home turf, supporting the likes of STRYPER, DOKKEN and QUIET RIOT promoting debut album 'Metal Magic' in 1983. Glaze was to change his surname to Lee for the 1984 'Projects In The Jungle' album, a record which captured PANTERA drifting away from the more obvious melodic influences.
'I Am The Night', emerging in 1985 and again produced by The Eldn' (in reality Darrell and Vinnie's father Jerry) at Pantego Studios, boosted the band's profile scoring many maximum marks in the world's metal press finding the band in a heavier mood. PANTERA were still suffering from poor distribution, many fans being forced to pay extortionate import prices for the album, consequently the album struggled to sell 25'000 copies.
Soon after 'I Am The Night's release Lee split from the band to form LORD TRACY (originally called TRACI LORDS) and PANTERA retreated into the shadows. A series of vocalists followed including Matt L'Amour, who later joined DIAMOND, and David Peacock. These liaisons were short-lived however and PANTERA eventually re-emerged fronted by Louisiana native and ex-SAMHAIN and RAZOR WHITE singer Phil Anselmo, the new singer's latter act also having in their ranks future CROWBAR man Matt Thomas and FALL FROM GRACE's Wil Buras.
Despite finding their frontman, PANTERA were still blighted by problems. Their new record label Gold Mountain, tipped off about the band's prowess by KEEL guitarist MARC FERRARI, having met PANTERA when KEEL had played in Dallas with LOUDNESS during 1985, trying to manoeuvre the band into commercial territory. Undaunted and unconvinced, PANTERA recorded their heaviest album to date, 'Power Metal', and negotiated for a release on their own Metal Magic label. KEEL guitarist MARC FERRARI guested on the album with PANTERA returning the favour by recording Ferrari's 'Proud To Be Loud'. Although 1988's 'Power Metal' was undoubtedly a much harder record than previous attempts it was nothing compared to what was to come...
PANTERA drew back away from the limelight, during which time the band came close to splintering. Darrell had auditioned for the vacant guitar position in MEGADETH and was reportedly offered the post. However, Darrell insisted that Vinnie was part of the package and MEGADETH, who already had a drummer in Nick Menza, backed off, recruiting MARTY FRIEDMAN instead.
Legend has it that Atco Records A&R rep Mark Ross discovered the band almost by chance, stranded in Texas due to the ravages of Hurricane Hugo. Having caught the band live and realising the significant fan base PANTERA already held, negotiations with Atco Records ensued and the musicians also placed their faith in new management, contracting with Walter O'Brien at Concrete Inc. in New York. Upon their re-emergence and PANTERA surprised many with a new look, Phil Anselmo now sporting a close shorn haircut and a patchwork of tattoos, and a radical change in direction. PANTERA's 'Cowboys From Hell' album, recorded at the band's own Pantego Sound Studios and delivered in July 1990, offered bludgeoning Hardcore riffs, the solid intensity of their new songs burying any comparisons to their more melodic predecessors. … Visit: http://www.rockdetector.com