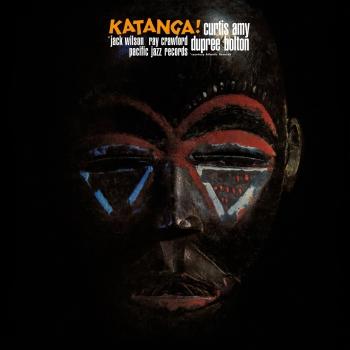 Curtis Amy
A good soul-jazz and hard bop tenor and soprano saxophonist, Curtis Amy enjoyed a busy period in the '60s, then dropped out of sight. He had a strong tone and nice, lightly swinging style, though he wasn't a great soloist. Amy began playing clarinet as a child, then started on tenor in an Army band. He studied music education at Kentucky State College and earned his bachelor's degree in the early '50s. After teaching school a while in Tennessee and working in Midwestern clubs, Amy moved to Los Angeles in the mid-'50s. He recorded with Dizzy Gillespie in 1955, then worked in the early '60s with Onzy Matthews and Roy Ayers, and performed and recorded with Gerald Wilson in 1965 and 1966. Amy led bands that featured Bobby Hutcherson, Victor Feldman, Jimmy Owens, Kenny Barron, and Ayers in the '60s, and recorded for Pacific Jazz and Verve.