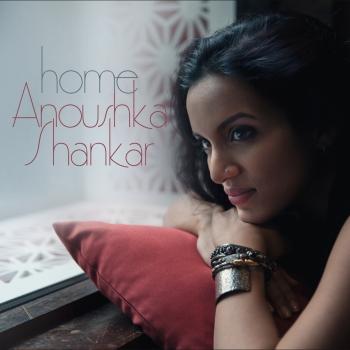 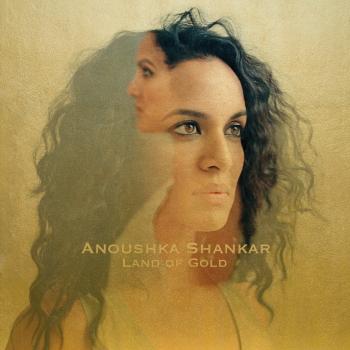 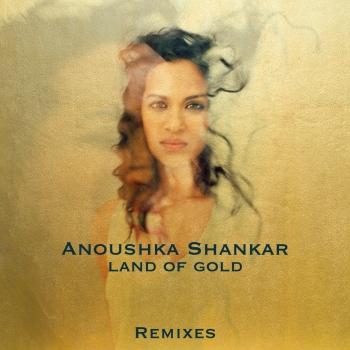 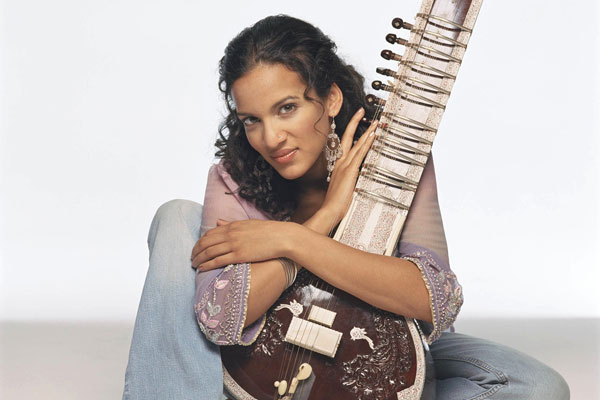 Anoushka Shankar
The daughter and disciple of maestro Ravi Shankar, Anoushka Shankar was born in London, where she now resides with her husband, director Joe Wright and their son Zubin. By the time she was seven-years old she was also living for extended periods in India and California. The only artist to be comprehensively trained by her father, Anoushka has been playing and studying the sitar with him since she was nine. At the age of 13 she made her performing debut in New Delhi — she then entered the studio for the first time to play on her father’s recording, In Celebration.
Her first solo recording, Anoushka (1998), was released to critical acclaim. The albums Anourag followed in 2000 and Live at Carnegie Hall in 2001 — the latter bringing her a Grammy® nomination in the category “Best World Music Album” (the youngest artist ever to receive that distinction). Having firmly established herself in Indian classical music, Anoushka then began experimenting with a fertile crossover mix of Indian and Western musical styles, first on her Grammy®-nominated, self-composed and -produced Rise, then on the collaborative project Breathing Under Water. She has also appeared on CDs including Sting’s Sacred Love, Nitin Sawhney’s London Undersound, Herbie Hancock’s The Imagine Project and Joshua Bell’s At Home with Friends.
Anoushka has spent much of each year since the age of 14 touring Asia, Australia, Europe and North America, as a classical sitarist — and since 2007 with her experimental group “The Anoushka Shankar Project”. She has also shared the stage with artists such as Peter Gabriel, Herbie Hancock, Elton John, Madonna, Nina Simone, Sting and James Taylor — and in 2008 made a five-city duet tour of India with the legendary rock band, Jethro Tull.
A champion of her father’s sitar concertos, in 1997 she performed Concerto no. 1 with Zubin Mehta and the London Symphony Orchestra, presenting it more recently at the Prague Spring Festival and at the London Proms with the BBC Symphony Orchestra. In 2009 she premiered Concerto no. 3 to great acclaim at Carnegie Hall with the Orpheus Chamber Orchestra. Other premiere performances of her father’s works include a composition for sitar and cello with cellist Mstislav Rostropovich at the Evian Festival in 1999, Mood Circle at the World Economic Forum in New York in 2002, Nivedan at the Healing the Divide benefit in New York in 2003 and the Symphony with the London Philharmonic at the Royal Festival Hall in 2010.
Anoushka made her public conducting debut in New Delhi premiering her father’s composition Kalyan — and served as conductor with him and George Harrison on the 1997 recording Chants of India. In November 2002, she took part in the historic memorial concert for Harrison at the Royal Albert Hall.
In recognition of her artistry and musicianship, the British Parliament presented Anoushka with a House of Commons Shield in 1998. The Indian Television Academy, Asmi, and India Times chose her as one of four “Women of the Year” in India in 2003 — and in 2004 she was selected as one of twenty “Asian Heroes” by the Asia edition of Time magazine.
In May 2011, Anoushka Shankar became an exclusive Deutsche Grammophon artist. Her first recording under the new agreement, Traveller, showcases the evolutionary bridge between flamenco and Indian music. Following the album’s autumn 2011 release there will be a comprehensive tour of Europe (November-December 2011), India (January 2012), as well as the US (in the spring 2012).