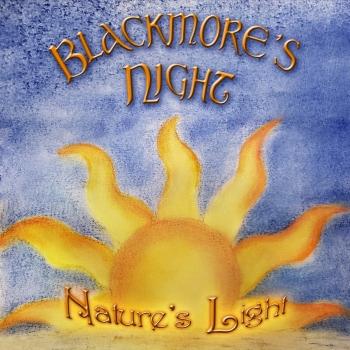 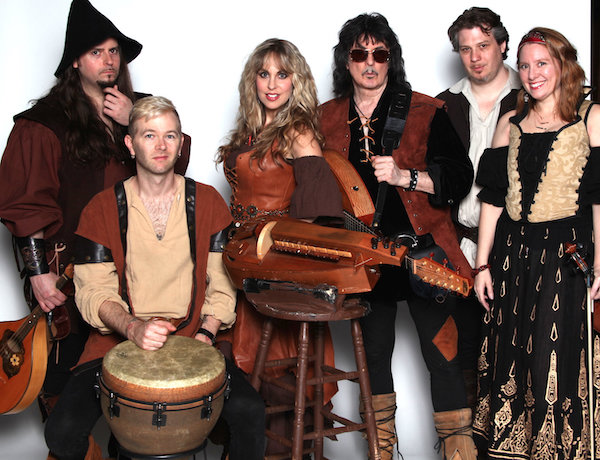 Ritchie Blackmore
British guitarist and songwriter, began his professional career as a session musician as a member of the instrumental band The Outlaws and as a backing musician of pop singers Glenda Collins, Heinz, Screaming Lord Sutch, Neil Christian, etc.. Blackmore was also one of the original members of Deep Purple, playing jam-style rock music which mixed simple guitar riffs and organ sounds During his solo career, he established neo-classical metal band called Rainbow which fused baroque music influences elements with hard rock. However, Rainbow gradually progressed to catchy pop style hard rock. Blackmore formed the traditional folk rock project Blackmore's Night transitioning to vocalist-centered sounds.
Candice Night
Although she's done back-up vocals for such major bands as Deep Purple, Rainbow, and Twang (the Hank Marvin Tribute album), Candice Night's success was anything but overnight. In 1997, the talented lyricist and lead singer of Blackmore's Night completed a musical project with legendary guitarist Ritchie Blackmore titled Shadow of the Moon. The album features acoustic renaissance music, a direction she thoroughly enjoyed. "This music is feel good, soul searching music," says Candice. "Listening to it makes me appreciate the beauty in simple things that most of us overlook everyday. It has a magical effect. It makes me smile and it makes me cry, but listening to it always takes me on a different journey somewhere else. Being a part in creating such music is a reward in itself." Click here to read more about Candice.
Earl Grey Of Chimay
Bass, mandolin, guitar. Often enchanted with a musical spirit he can be found performing his music throughout medieval forests and cavernous terrains where they echo the melodic sounds resonating from the instruments played by Earl Grey of Chimay. Assimilating an alchemistic approach to a variety of instruments , he brings to Blackmore's Night his music, camaraderie, a plethora of potent ale, and an extraneous habit of being a bit verbose., yet a dash of humor emanates through the serious facade-but he is always passionate about his love for the music of Blackmore's Night.
Bard David of Larchmont
The spine tingling melodies of classical composers wafts through the rehearsal halls as Bard David prepares for his performances. This extremely talented virtuoso has been delighting audiences for the past 20 years on keyboards, piano, organ, harpsichord, accordion and pipe organ. He is a graduate of Purchase University in piano performances and Blackmore's Night is proud to add him to our Minstrel Band.
Scarlet Fiddler
Our amazing violinist received her MM in violin performance at The Boston Conservatory where she studied with Masters. She has performed at the Amherst Early Music Festival , Oberlin’s Baroque Performance Institute,Trinity Baroque Orchestra and Choir, amongst many other prestigious performances. This Renaissance Fiddler is Concertmaster of the Astoria Symphony and Sinfonia Celestis, and can also be found performing with Greenwich Symphony, Northeastern Pennsylvania Philharmonic, Di Capo Opera Company, Bronx Opera Company and the Orchestra of the Bronx. She has graced the stages at Carnegie Hall, Avery Fisher Hall, Radio City Music Hall, Town Hall the Apollo Theater and Lincoln Center. She has been seen on tv on “Saturday Night Live,” “David Letterman” and “The View”. Her heart called out for the simplicity of less technological times - and the beauty of nature. She longed to join a group where she could participate with Medieval/Renassiance music from within the castle walls. She found herself delightfully challenged by the music she heard from Blackmore's Night. We welcome this very talented musician to our group.
Troubador Of Aberdeen
The percussionist for Blackmore's Night is truly of Scottish descent. His ancestors resided in a castle fortress near Aberdeen during Medieval times. The moonlight beckoned to him and he embarked upon a midnight journey -wandering the countryside, listening to and echoing the rhythms of the night. He spent a lot of time camping in the woods- playing percussion with the otters and badgers- and pitching acorns with the squirrels. Always atune to the rhythms that surround the country side- natural rhythms and sounds of nature abound in his soul, Blackmore's Night came across him in England- we picked him up hitchhiking to London on his way to see the Queen. He instantly felt a comaderaderie with the Band of minstrels and the group invited him to join and share his many talents with them.
Lady Lynn
has been performing since the tender age of three... She has loved Classical and Renaissance music ever since her mother taught her Italian arias at the age of five. At age eight, her father introduced her to classic rock. And so, "Lady Lynn" was born! Lady Lynn has performed at The White House, Madison Square Garden, Avery Fischer Hall, and at Yankee Stadium for the 1996 World Series. She was classically trained at Manhattan School of Music in Vocal Performance. But her weekends were spent at a piano with her angel of music, Tim, from The Wizard's Consort. They spent hours upon hours honing her woodwinds, piano, music theory, and sight singing skills! He always told her of the wonderful man he played music with in castles. It sounded like a dream! But, soon the dream would become a reality! Lady Lynn is thrilled to be singing harmony vocals and playing woodwinds with Blackmore's Night and loves her new family! She has a blast on and off the stage with them and can't wait to see what the future holds! Lady Lynn would like to thank her family for keeping her well rounded in music, and her new family for making her feel "Home Again" on every tour!
When Lady Lynn is not performing with Blackmore's Night, she spends time with her dogs and works in nuclear power plants.