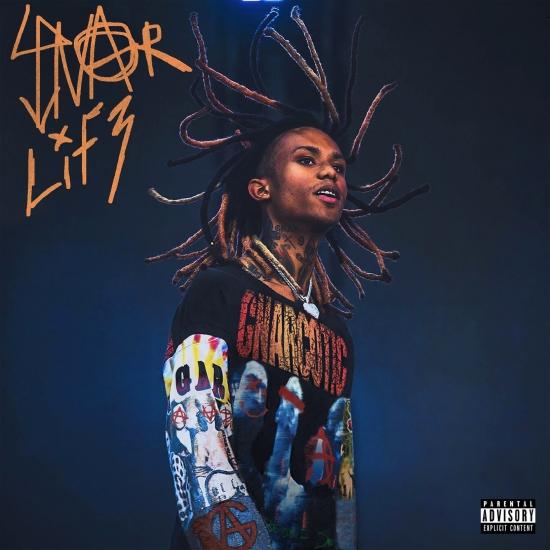 GNAR LiF3 is rising Atlanta rapper Lil Gnar's premier mixtape, and was originally expected out on September 14th, 2018. However, due to label issues, Lil Gnar was forced to delay to release by one week. Then on day his mixtape was set to drop, Lil Ganr ultimately leaked the whole thing via soundcloud, but within mere minutes it was taken down. This resulted in Lil Gnar having to set back the release one more week. Without further delay, check out his 11-track project that includes appearences for Lil Skies, IDK, Zillakami also featuring contributions from Travis Barker.
Lil GNAR, vocals 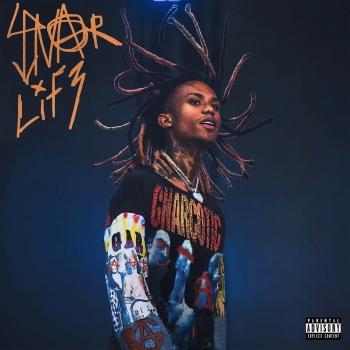 Lil GNAR
A skateboarder first and a rapper second, the Atlanta-based Lil Gnar nonetheless took quickly to his second outlet, and within a year of making his informal debut scored a major-label recording contract that led to the release of the mixtape Gnar Lif3 (2018).
Born Caleb Sheppard, Lil Gnar rapped for fun as a teenager, then involved on a deeper level with skateboarding and, eventually, his Gnarcotic apparel line. Among his fellow Atlantan skaters was Germ, whose rap aspirations provoked him to take the form more seriously himself. Gnar gained serious traction in 2017 after an early track, "Ride Wit Da Fye" -- featuring Germ and production by SS.Kev -- approached half a million streams within a couple weeks of being uploaded. Gnar swiftly attracted major-label interest and signed in 2018 with Capitol. That June, Capitol commercially released Gnar's "Drop Top Benz," a collaboration with Lil Skies, as the rapper's proper debut. The track highlighted the mixtape Gnar Lif3, which arrived three months later with appearances from IDK and Skies as well as Travis Barker and Zillakami, the last two of whom helped to add an aggressive rock edge to the predominantly low-key (if intense) material.