Ted Hearne: Sound from the Bench The Crossing & Donald Nally 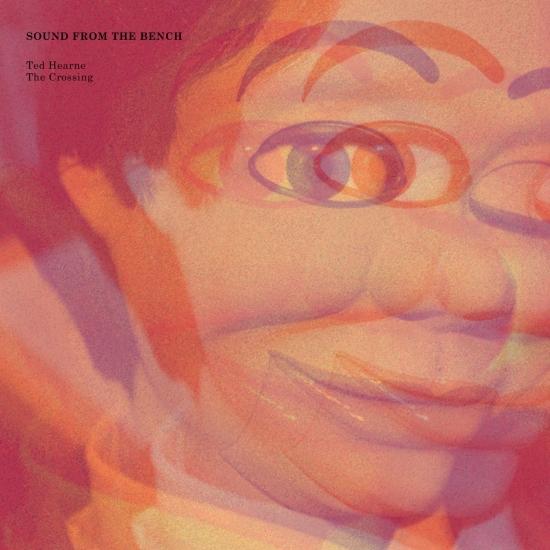 Info for Ted Hearne: Sound from the Bench

As one of the most socially conscious young composers in contemporary classical music, Ted Hearne has drawn on a multitude of influences to create Sound from the Bench—his first project for Cantaloupe Music.
The title piece also features the edgy electric guitars of Dither’s Taylor Levine and James Moore, as well as the rhythmic flourishes of percussionist Ron Wiltrout. Taken as a whole, this is some of Hearne’s most wide-ranging and adventurous work—a siren call that resonates with unusual passion in these politically charged times.
Clocking in at 40 minutes, this probing exploration of the Supreme Court's Citizen's United decision is brilliantly scored for choir, electric guitars, and drums/percussion. Hearne lifts texts from Jena Osman's Corporate Relations, a collection of poems that follows the historical trajectory of corporate personhood in the United States. The five movements combine language taken from landmark Supreme Court Cases with words from ventriloquism textbooks.
As the piece progresses, the human voices are "thrown" and thrown over by the mechanical and menacing voices of the electric guitars. Says Hearne, "I strive toward a polyphony of oppositional voices and perspectives in my music, and to bring the chaotic forces of life into the work itself. It was this impulse, and the unabashedly political tone of Osman's poetry, that made me want to set some part of Corporate Relations to music.”
Sound from the Bench shares a program with three other recent pieces by Hearne that, in the words of The Crossing's conductor, Donald Nally, are “fundamentally about asking questions—questions about the world we live in, about art, and about language and music.” Hearne’s virtuosic and hauntingly beautiful musical settings entice, repulse, and surprise in turns, as he interweaves texts from the Iraq War Logs ('Ripple'), Bill Moyer’s 2009 interview with The Wire creator David Simon ('Privilege'), and the 2013 case of rape by high school students in Steubenville, Ohio ('Consent'). The Crossing has recorded these four works for release on Cantaloupe Music, on an album produced by Nick Tipp and titled after the anchoring work.
“In ‘Sound from the Bench,’ Hearne confronted big-picture issues with a huge variety of ideas bumping into each other... Two electric guitars and a percussionist resembled emergency alarms, often with a vocal obbligato that kept the piece from being merely industrial. Compelling, densely packed harmonies were served up by female voices.“ (David Patrick Stearns, The Philadelphia Inquirer)
"ambitious, bewildering, stealthily shattering" (The New York Times) ​
“Ted is unrelenting about getting the right moments in his music. I love that.” (Donald Nally, Conductor of The Crossing) ​
"Intriguing." (Pitchfork)
The Crossing
Taylor Levine, guitar
James Moore, guitar
Ron Wiltrout, percussion
Donald Nally, conductor

Kile Smith: The Arc in the Sky

Ted Hearne: Sound from the Bench

The Crossing
is a professional chamber choir conducted by Donald Nally and dedicated to new music. Consistently recognized in critical reviews, The Crossing has been hailed as “ardently angelic” (Los Angeles Times, 4/14) and “something of a miracle” (The Philadelphia Inquirer, 7/14). Formed by a group of friends in 2005, the ensemble has since grown exponentially and “has made a name for itself in recent years as a champion of new music.” (The New York Times, 2/14). Highly sought-after for collaborative projects, The Crossing was the resident choir of the Spoleto Festival, Italy in 2007; appeared at Miller Theatre of Columbia University in the American premiere of James Dillon’s Nine Rivers with the International Contemporary Ensemble (ICE); joined Bang on a Can’s first Philadelphia Marathon; and has appeared with the American Composers Orchestra, Network for New Music, Lyric Fest, Piffaro, red fish blue fish, Tempesta di Mare Baroque Chamber Orchestra, PRISM Saxophone Quartet, Toshimaru Nakamura, Dolce Suono, and in the summer of 2013, The Rolling Stones. The ensemble has sung in such venues as Walt Disney Concert Hall, The Kennedy Center, Carnegie Hall, and the Metropolitan Museum of Art; they made their Lincoln Center debut this past summer in a world premiere of John Luther Adams in a collaboration with the Mostly Mozart Festival, Lincoln Center Out of Doors Festival, eighth blackbird, Jack Quartet, and TILT brass.
The Crossing frequently commissions works and has presented over forty world premieres. Upcoming projects include commissions with Pelle Gudmundsen-Holmgreen, David T. Little, Joel Puckett, Santa Ratniece, Caroline Shaw, Kile Smith, Lewis Spratlan, Hans Thomalla, Anna Thorvaldsdottir, and Toivo Tulev. The ensemble recently released two recordings on the Innova label: Christmas Daybreak– with world premiere recordings of James MacMillan and Gabriel Jackson—and I want to live – with the complete choral works for women by David Lang. Recordings soon to be released include Lewis Spratlan’s Hesperus is Phosphorus and Gavin Bryars’ The Fifth Century, both commissioned by The Crossing and on the Innova label, as well as Choral Music of Greg Brown on the Navona label. The Crossing is the recipient of two ASCAP Awards for Adventurous Programming as well as the Dale Warland Singers Commissioning Award from Chorus America.
Donald Nally
is responsible for imagining, programming, commissioning, and conducting at The Crossing. He is also director of choral organizations at Northwestern University and chorus master of The Chicago Bach Project. He has held distinguished tenures as chorus master for Lyric Opera of Chicago, Welsh National Opera, Opera Philadelphia, Spoleto USA, and for many seasons at the Spoleto Festival in Italy. He has served as artistic director of the Vocal Arts Ensemble of Cincinnati and the Choral Arts Society of Philadelphia. Among the many ensembles Donald has guest conducted are the Latvian State Choir in Riga, the Grant Park Symphony Chorus in Chicago, the Philharmonic Chorus of London, and the Santa Fe Desert Chorale. His ensembles have sung with the Philadelphia Orchestra, the Pennsylvania Ballet, Spoleto USA, the BBC Symphony Orchestra, Sinfonia Cymru, RAI National Symphony Orchestra, and ICE; his work is heard on numerous recordings on the Chandos, Navona, and Innova record labels. Donald is the recipient of the distinguished alumni merit award from Westminster Choir College and the Louis Botto Award for Innovative Action and Entrepreneurial Zeal from Chorus America; he is the only conductor to have two ensembles receive the Margaret Hillis Award for Excellence in Choral Music - in 2002 with The Choral Arts Society of Philadelphia, and in 2015 with The Crossing. His book, Conversations with Joseph Flummerfelt, was published in 2011.