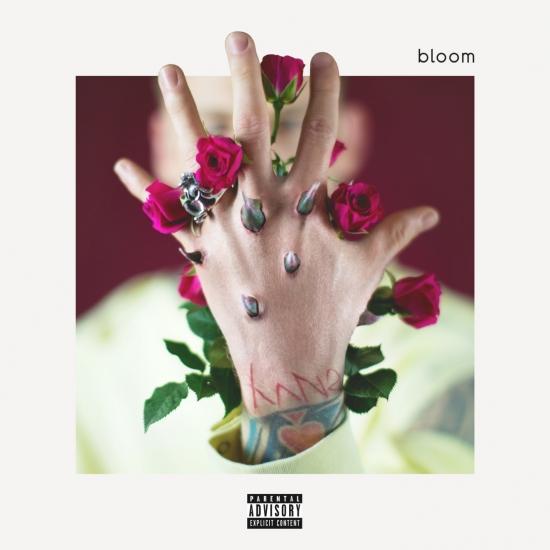 Machine Gun Kelly burst onto the music scene with a lifetime s worth of determination in 2012. His debut album Lace Up debuted at #2 on Billboard s R&B/Hip-Hop Album charts. The edgy young rapper who hails from Cleveland, OH possesses the attitude of rap greats with the talent to match. His talents have earned him a MTV European Music Award and a MTVu Woodie. In October of 2015, he released his sophomore album General Admission and clinched a #1 spot on Billboard s R&B/Hip-Hop Album charts. He can also be seen acting in the independent films Punk Is Dead, Nerve and The Land. Machine Gun Kelly will star in the upcoming Rupert Wyatt-directed sci-fi film, Captive State. Machine Gun Kelly s standout double platinum single Bad Things peaked at #1 on Top 40 Radio. His follow up single At My Best features Hailee Steinfield continues to build the anticipation for his upcoming third album Bloom. 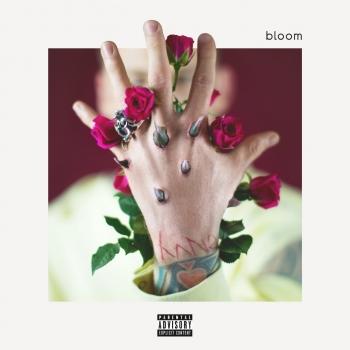 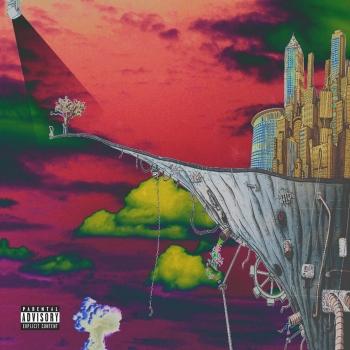 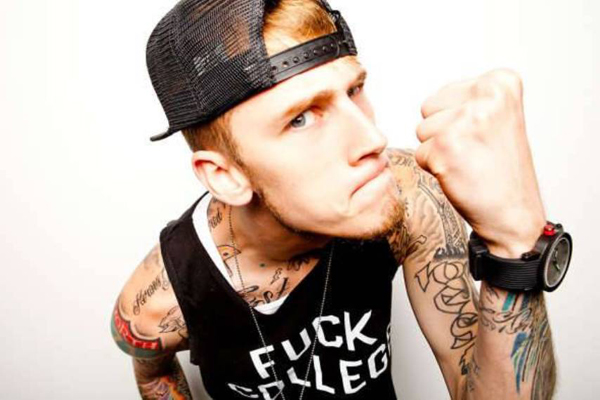 Machine Gun Kelly
There's nothing like someone who has lived your story and Ohio's MC MGK resilience has become a beacon of hope for thousands of kids across America. Penning rhymes about everything from addiction to family issues, MGK is a symbol of relentless perseverance to his fans and the MC is about to begin the next chapter of his already successful career.
Born Colson Baker in Houston, Texas, MGK lived almost a dozen places, including Egypt, before moving to Denver, Colorado with his father after his mother began a new life with a new man.
'I don't have a relationship with my mom, she left when I was nine years old,' says MGK.
In Denver, the Bakers lived with MGK's aunt. Though the father and son had each other, they couldn't lay claim to much else. As his dad fought depression and unemployment, the young MC split his time between wearing two school outfits and being bullied by the neighborhood kids.
'I used to stand out because I was tall and I couldn't really fight back then,' says MGK. 'Then I got tired of getting beat up so I started fighting people with my words instead.'
In seventh grade, MGK found solace in rhyming after watching DMX's 'We Right Here' video.
'DMX is a huge influence on me because neither of us have siblings so we had to fight a lot of dark shit by ourselves,' says MGK.
And though he 'wasn't popular at all,' the lanky kid was good at battling his middle school challengers. Later, while attending Denver's Thomas Jefferson High School, his father moved to Kuwait to work for the army and left MGK behind to live in a neighbor's basement. It was then the teen began experimenting with drugs and recorded his first demo tape.
'It was terrible, but I thought it was cool,' says MGK, with a smile.
Without supervision, MGK stopped attending school and like 50 Cent, the high school freshmen, made a name for himself by calling out elder classmates. In 2005, his father moved MGK to Kuwait, where the teen got into even more trouble. Eventually, the pair were forced back stateside and settled in Cleveland, Ohio. While attending Shaker Heights High on the city's east side, MGK convinced a local t-shirt shop owner, who doubled as an MC manager, to take him under his wing.
'I got the name Machine Gun Kelly because of my rapid-fire delivery when I was 15 and started doing shows,' says MGK.
Nicknamed MGK by his fans, the MC released his first mixtape Stamp of Approval in 2006 and built a local fan base performing at Cleveland venues like Hi-Fi. But it was a trip to New York's famed Apollo Theater in 2009 that really gave him his start.
'We drove straight from Ohio and stood in line for ten hours,' recalls MGK. 'I got boo'd as soon as I walked on the Apollo stage and then I won ... twice.'
The energetic performer became the first rapper in history to win the Apollo's talent show. MGK's mixtape 100 Words And Running came shortly after and he created a high school promotional tour, where he performed to such excited crowds that school security teams began turning him away to keep the peace. And while the MC's catchphrase, 'Lace up,' which started as a mixtape interlude, became a call to arms for fans, their leader was still flipping burritos at Chipotle to pay his rent. After graduating high school, MGK's father kicked him out of their home and forced the young MC to fend for himself. Not long after, an 18 year-old MGK welcomed his own child, a daughter named Casie. The infant gave the rapper new incentive to work even harder and he soon earned a nod for Best Midwest Artist at the 2010 Underground Music Awards and his 'Alice in Wonderland' clip won Best Music Video at the 2010 Ohio Hip-Hop Awards.
But just as his star began to rise, MGK suffered a new setback. A polyp developed on his vocal chord which kept him offstage and out of the studio for six months. Without health insurance for surgery, MGK worked off the polyp by himself with tireless vocal exercises.
'Every night I'd wake up at 4 o'clock in the morning wanting to blow my brains out,' says MGK. 'That was one of the most depressing periods of my life.'
But the sun shone again with the 2010 release of MGK's Lace Up mixtape. The project not only earned the local favorite more fans baring their own 'Lace Up' tattoos but a national audience. In 2011, the Ohio rapper secured a label deal with Diddy's Bad Boy Records/ Interscope Records as well as a marketing partnership to score a spot for HTC's Rezound Beats By Dre phone. Machine Gun MGK's 'Invincible' track plays during the electronics commercial, the release of which coincided with the song's sale on iTunes.
In October, the Rage Pack mixtape, inspired by his energy on stage and a love for his fans, hit the web. A video for MGK's single 'Wild Boy' featuring Atlanta rapper Waka Flocka Flame and produced by GB Hitz followed, leading MGK to win MTV's Hottest Breakthrough MC for 2011.
'To be considered for the hottest breakthrough MC of 2011, it's obviously an honor, but I want to be the hottest,' he told MTV News. 'I've never been comfortable with sharing anything.'
Gearing up for his mainstream spotlight, MGK is currently prepping his official EP via Bad Boy/ Interscope entitled Lace Up. Slated to hit shelves in March, the Ohio native will take his new music across the United States during the record-breaking '90 Cities in 99 Days' tour with Midwest MC Tech N9ne also beginning that month. In addition, MGK's secured a performance on this summer's Vans Warped Tour line-up.
Already acknowledged by cultural gatekeepers like The New York Times, MTV, The FADER and Nah Right, MGK is ready to devour the next phase of his career. Lace up.