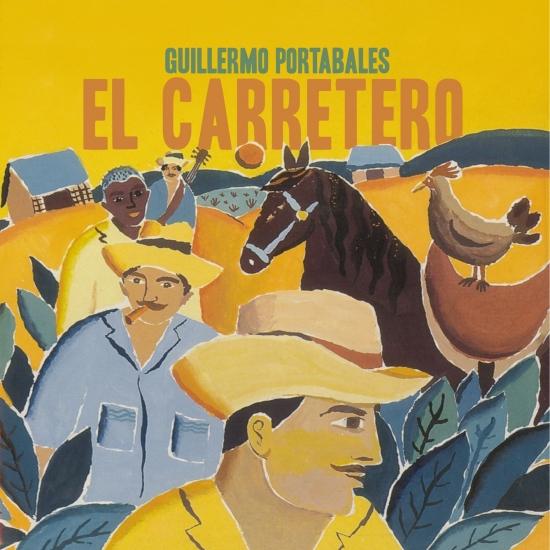 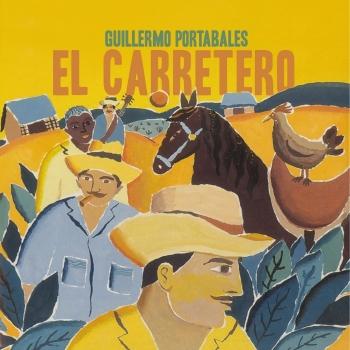 Guillermo Portabales
was a unique performer of the Cuban guajira rhythm which is halfway between punto and son. He used pentameters, alternating in 3/4 and 6/8 time and the theme is generally bucolic, singing of the sorrows and joys of the guajira or peasant.
José Guillermo Quesada del Castillo was born on 6th April 1911 in Rodas, a province of Las Villas, Cuba, where he came from a modest family. His father, a gold jeweller by trade, made a living as a basket weaver and furniture maker, but he died when José Guillermo was only six years old. Shortly afterwards his mother married Andrés Portabales, who became the real father of the family.
At the age of eleven, Guillermo Portabales began work as a printer’s apprentice at El Comercio in his home town of Cienfuegos, where he worked for seven years. In 1928, he gave his debut performance singing on the Cienfuegos radio station, CMHI. From this moment on, he was to divide his time between his work as a printer and his musical vocation – singing, serenading and livening up any celebration he went to.
In the beginning, Portabales sang everything – canción, tango, bolero, son, until he discovered that it was guajira that pleased his listeners most. This he performed in a unique style – with added melody and cadence and stripped of the typical stridence of the guajiro. In a word, elegantly. Because of this he was named the creator of guajira de salon – the new version heard and danced to in the city, which still tells of the life, suffering, love, fiestas and work of the peasant.
He continued to compose and perfect his style singing his guajiras all over Eastern Cuba until 1936. In this year he was hired by Leopoldo Fernández, to play in Puerto Rico. It was here, in the Tapia Theatre in San Juan, that Portabales first performed the legendary ‘Compay Gallo’ by Nico Saquito, which subsequently became an extraordinary hit.
Puerto Rico was one of the greatest influences in Portabables’ life. He fell passionately in love with the island and stayed there for two years singing in the theatres, clubs and on radio. There he met Arah Mina López, a social reporter for the magazine Somos, whom he married almost immediately in 1939. Portabales toured in Colombia, Venezuela, Ecuador, Peru, Panama, New York and Tampa, popularising his guajiras and in particular El Carretero a hymn to the hard labour and worries of the peasant, which is now performed all over Latin America.
In 1940 Portabales returned to Havana to share stage and radio, (RHC Cadena Azúl) with the Trio Matamoros. He combined his musical activity in Cuba with tours throughout the Americas, including a triumphant tour of the United States and a prolonged stay in Baranquilla, Colombia. There he played with his own conjunto and singer and guitarist Roberto Moya. Together they debuted on Colombia’s radio programmes ‘La Voz de la Victor’ and ‘La Voz de Barranquilla’. In 1950 he shared the stage with Luis Carbonell and Rita Montaner in Mexico.
At about this time fellow Cuban, Nico Saquito formed the famous quartet Los Guaracheros de Oriente who later took up residence in Puerto Rico without their founder, and recorded with Portabales. Of the songs included in the World Circuit compilation ‘El Carretero’, Voy a Santiago a Morime was recorded with the Guaracheros.
Portabales finally settled in Puerto Rico in 1953, where he further developed his artistic career, singing in clubs and theatres, making records and sporadically touring the continent until his untimely death on 25th October 1970. Portabales died after being hit by a car on leaving a gig at ‘La Palma’ restaurant – he was fifty nine, with a musical career spanning forty two years.
Guillermo Portabales has become one of the great names in Cuban music, sharing stage with Joseíto Fernández and Celina y Reutilio, Barbarito Diez, and Beny Moré. More recently his influence has spread as far as West Africa where his tunes, in particular, El Carretero, have been widely covered by groups such as Africando, Etoile 2000 and Orchestra Baobab.
Portabales was not just a lyricist but an excellent guitarist and sublime singer with incredible artistic charisma and elegance.