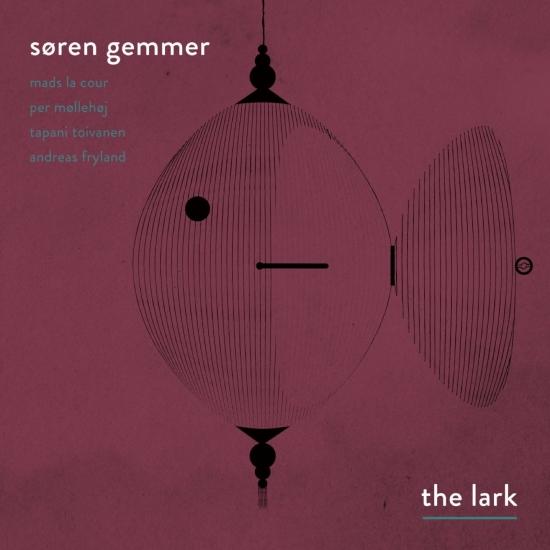 With a series of portraits fleshed out in melodic lines THE LARK unites personal experience and collective modern jazz exploration. The second release from pianist and composer, Søren Gemmer, presents an elaboration on the trademark melodicism displayed on the internationally acclaimed debut album.
The album is the follow-up release to the highly successful AT FIRST, the debut that received widespread critical acclaim for its sense of direction and compositional signature that merged modern jazz with a fascination of late-romantic classical piano music.
THE LARK features five distinct voices in empathetic interplay and in inspired solo efforts, establishing spacious as well as tightly woven structures. At the heart of it all are eight compositions; pieces that while being unmistakably Gemmer-esque, manifest an unwillingness to resort to established formulas. Gemmer explains: »My previous excursion was predominantly chordal and high on ‘vibe’ with a wealth of musical spaces for the players to inhabit. For this one, I had to produce melodies with enough integrity to stand by themselves. This change in emphasis came from my intention to portray a series of persons that have been part of my social reality in the last few years.«
Gemmer has committed to a linear approach throughout the majority of the compositions. Straight, angular, lyrical or crude lines abound within the songs, and they are all inspired by ‘certain someones’: »Perhaps late to the party, I have come to realize that music really doesn’t come from music. Also, I have in recent years experienced, for better or worse, the dependencies and relations that employ the young adult, and so decided to give a respectful nod, a show of gratitude and words of advise to a series of people dear to me, however far or near, by portraying them in melody.«
Gemmer chose to add another collaborator to his main group for THE LARK. Trumpet and flügelhorn player Mads La Cour is featured on four compositions and two duo improvisations and graces the album with his trademark blend of lyricism and erratic extroversion.
The distinctive voices of guitarist, Per Møllehøj, bassist, Tapani Toivanen, and drummer, Andreas Fryland, elevate the music on the album as they did on the debut release.
Recording and mixing duties were handled by legendary Dutch sound engineer, Chris Weeda, in a continuation of the fruitful collaboration with Gemmer, providing sonic warmth and clarity.
„The Lark is a wonderful track that builds gradually, Gemmer's piano solo in particular setting things up admirably, allowing La Cour to release the tension just before the three minute mark. It is no exaggeration to say that the piece and the solo stand comparison with the likes of the late Kenny Wheeler, and the only complaint is I'd have liked it to go on longer.
This is a well-balanced album that makes for a satisfying listen. The mood can be brooding and intense, yet still open enough to shift and to allow some romance into the mix. [...] Gemmer has assembled a band that is both technically excellent and where the musicians also appear to enjoy playing together. This, alongside the high quality of the recording, contributes to the sense of space and dynamics in the music and makes for a highly enjoyable piece of modern jazz. Highly recommended.“ (Phil Barnes, AllAboutJazz)
Søren Gemmer, piano
Mads La Cour, flugelhorn & eb-trumpet
Per Møllehøj, guitar
Tapani Toivanen, bass
Andreas Fryland, drums
Recorded April 29th-30th 2015 by Chris Weeda at Fattoria Musica, Osnabrück, Germany
Mixed by Chris Weeda
Mastered by Darius Van Helfteren 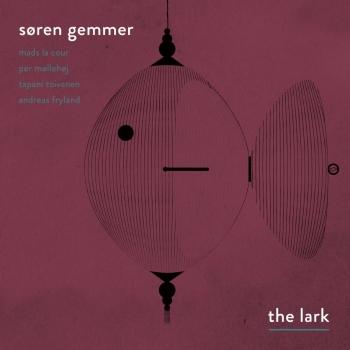 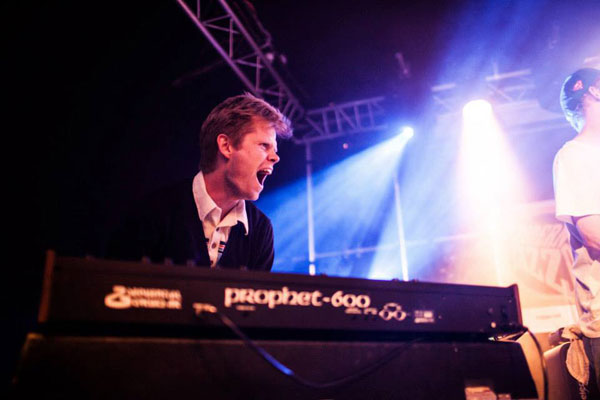 Søren Gemmer
Pianist and composer working as a band leader as well as a sideman. A healthy appetite for different musical expressions has led to work in modern and mainstream jazz, in free improvisation and in indie music as a synth/Wurlitzer player. The debut album AT FIRST (ILK) was released in 2013 and received widespread critical acclaim for its blend of modern jazz and a love and awe of late romantic and 20th century classical piano music. The upcoming release THE LARK (WhyPlayJazz RS028) presents an elaboration of the trademark melodicism displayed on the debut.
Born and raised near Aalborg in the Northern part of Denmark, Søren Gemmer by no means took to music early on. Being an avid personal computer enthusiast (when those where just getting personal) and an avid reader from an early age, Søren engaged in musical activity from a visual perspective, conceptualizing about music rather than paying any sort of attention by ear. Not until being caught by the allure of the rock drummer fantasy in local bands did the true emotional potential of music present itself to him. It is this duality of cognition and emotion, complexity and simplicity so to speak, and the challenge of balancing them that eventually drew Gemmer to become a musician.
Since 2009 he has been living in Copenhagen, Denmark. He is currently completing his Advanced Postgraduate Diploma specializing in adapting stylistical elements from 20th century composers Messiaen and Ligeti into modern jazz composition and improvisation.
Collaborations and sideman appearences include live work with film maker, poet and national icon, Jørgen Leth, a raft of Danish jazz's 'Who's Who', Gilad Hekselman, Palle Mikkelborg, Thomas Agergaard and a couple of utterly coincidental, yet successful, appearences with the Danish Radio Big Band. He has studied with jazz pianists Jacob Christoffersen, Nikolaj Hess, and Anders Persson, improvisers Torben Snekkestad and Kresten Osgood, as well as renowned classical pianist and educator Anne Marie Fog.