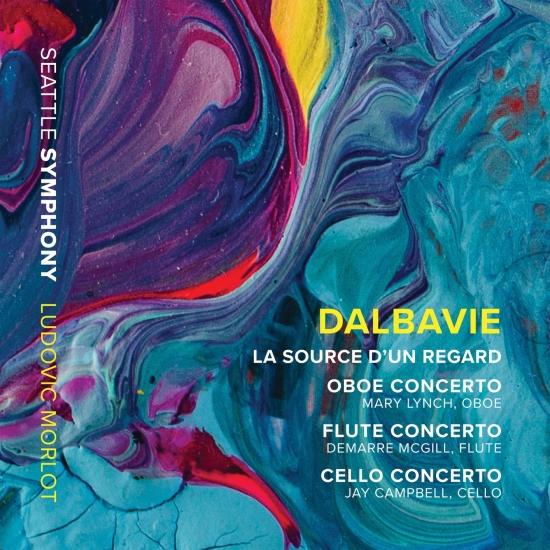 Following acclaimed recordings of French revolutionaries Berlioz, Boulez, Dutilleux and Messiaen, Ludovic Morlot and the Seattle Symphony return with a release of works by contemporary French composer Marc-Andre Dalbavie. This album features Dalbavies La source dun regard alongside his concertos for oboe, flute and cello. Morlot has championed the music of his countrymen throughout his career and this album defines his legacy as a foremost interpreter of contemporary French repertoire. The Seattle Symphony is one of Americas leading symphony orchestras and is internationally acclaimed for its innovative programming and extensive recording history. Under the leadership of Music Director Ludovic Morlot since September 2011, the Symphony is heard from September through July by more than 500,000 people through live performances and radio broadcasts. The ensemble has a deep commitment to new music, commissioning many works by living composers each season.
Demarre McGill, flute
Mary Lynch, oboe
Jay Campbell, cello
Seattle Symphony
Ludovic Morlot, conductor 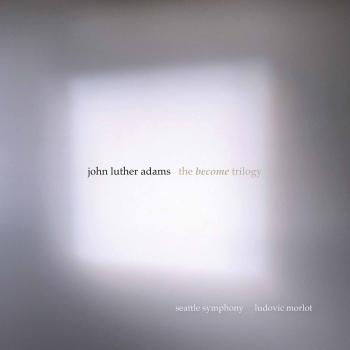 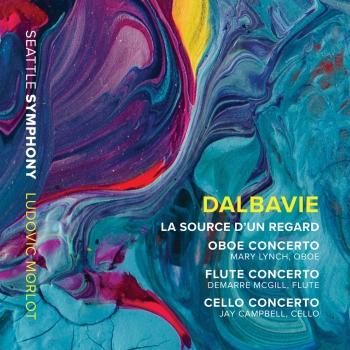 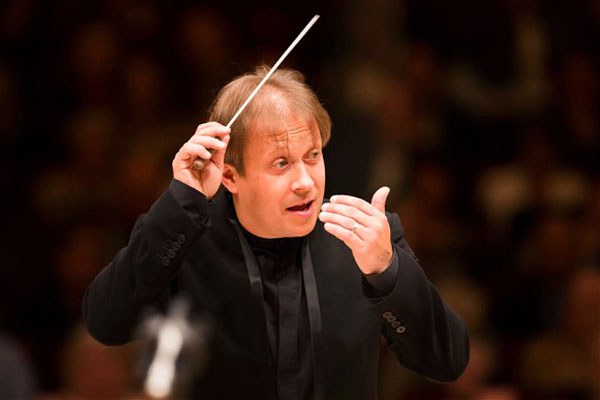 Seattle Symphony
Founded in 1903, the Seattle Symphony is one of America’s leading symphony orchestras and is internationally acclaimed for its innovative programming and extensive recording history. Under the leadership of Music Director Ludovic Morlot since September 2011, the Symphony is heard live from September through July by more than 300,000 people. It performs in one of the finest modern concert halls in the world — the acoustically superb Benaroya Hall — in downtown Seattle. Its extensive education and community-engagement programs reach over 100,000 children and adults each year. The Seattle Symphony has a deep commitment to new music, commissioning many works by living composers each season, including John Luther Adams’ Become Ocean, which won the 2014 Pulitzer Prize for Music and a 2015 Grammy Award for Best Contemporary Classical Composition. The orchestra has made more than 140 recordings and has received 18 Grammy nominations, two Emmy Awards and numerous other accolades. In 2014 the Symphony launched its in-house recording label, Seattle Symphony Media.
Ludovic Morlot
As the Seattle Symphony’s Music Director, Ludovic Morlot has been received with extraordinary enthusiasm by musicians and audiences alike, who have praised him for his deeply musical interpretations, his innovative programming and his focus on community collaboration. From 2012 to 2014 Morlot was also Chief Conductor of La Monnaie, one of Europe’s most prestigious opera houses.
In the U.S., Ludovic Morlot has conducted the Boston Symphony Orchestra, Chicago Symphony Orchestra, Cleveland Symphony Orchestra, Los Angeles Philharmonic, New York Philharmonic, Philadelphia Orchestra and Pittsburgh Symphony. Additionally, he has conducted the Budapest Festival Orchestra, Czech Philharmonic, Danish National Symphony Orchestra, Dresden Staatskapelle, London Philharmonic Orchestra, Orchestre National de France, Royal Concertgebouw Orchestra, Rundfunk-Sinfonieorchester Berlin, Tokyo Philharmonic Orchestra and the Tonhalle-Orchester Zürich.
Trained as a violinist, Morlot studied conducting at the Royal Academy of Music in London and then at the Royal College of Music as recipient of the Norman del Mar Conducting Fellowship. Ludovic was elected a Fellow of the Royal Academy of Music in 2014 in recognition of his significant contributions to music. He is Chair of Orchestral Conducting Studies at the University of Washington School of Music.