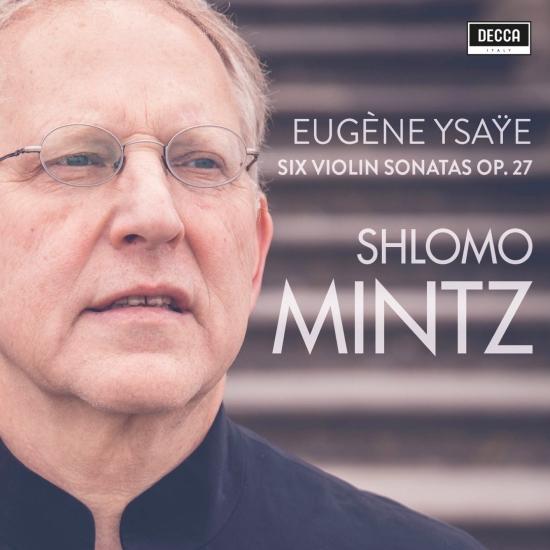 Aside Mintz's international teaching and concert activities as soloist and conductor, the upcoming year will be marked by the release of several new recordings starting end of February with Mintz' longtime expected album with the solo sonatas by Ysaye, followed later on by the new Mendessohn recordings with Prosseda and an album dedicated to the music of the 20th century.
Complementarily, an updated complete edition of all of Shlomo Mintz' previous recordings, a present to all the admirers and fans of his exceptional musical achievements, might be in preparation.
Alongside, Shlomo Mintz' upcoming seasons on European concert podiums will include a cycle of solo sonatas, a duo recital series and a new chamber music program with the Philharmonic Violins Berlin.
Shlomo Mintz,violin 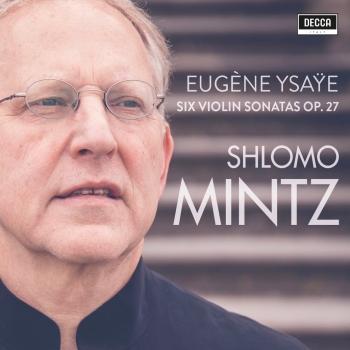 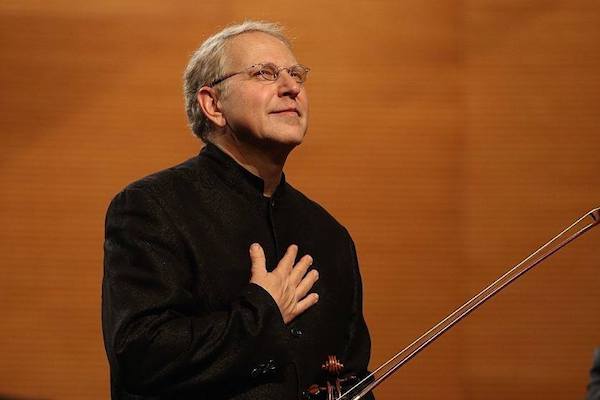 Shlomo Mintz
is considered by colleagues, audiences and critics one of the foremost violinists of our time, esteemed for his impeccable musicianship, stylistic versatility, and commanding technique. He has long been acclaimed as a celebrated guest artist with many of the great orchestras and conductors on the international stage and continues to enchant audiences with his playing.
Awarded with many prestigious international prizes including the Premio Internazionale Accademia Musicale Chigiana, the Diapason D’Or, the Grand Prix du Disque, the Gramophone Award, the Edison Award and the Cremona Music Award, in 2006 he received an Honorary Degree from the Ben-Gurion University in Beersheba, Israel.
​ ​Born in Moscow in 1959, when he was two, his family immigrated to Israel, where he studied with Ilona Feher, a student of Jeno Hubay. Feher introduced Shlomo Mintz to Isaac Stern, who became his mentor. He was also a student of Dorothy DeLay in New York. ​
His first performance on stage was at age 6 and at age 11, he played as soloist with the Israel Philharmonic Orchestra. Soon afterward, he was called on a week's notice by Zubin Mehta to play Paganini's Violin Concerto No. 1, Op. 6, with the orchestra when Itzhak Perlman fell ill. He made his Carnegie Hall debut at the age of sixteen with the Pittsburgh Symphony Orchestra (conducted by William Steinberg). Under the auspices of Isaac Stern and the American-Israel Cultural Foundation he started studying at the Juilliard School of Music in New York and at the age of 18, he made an extensive tour through Europe and signed, still in his early twenties, a long-term recording contract with Deutsche Grammophon. Berlin, Vienna, Concertgebouw, Chicago, Los Angeles, Cleveland, Philadelphia and New York Philharmonic Orchestras then invited him frequently. ​
Along his career, he has collaborated with such a famous artists like Isaac Stern, Mstislav Rostropovich, Pinchas Zukerman, Itzhak Perlman, Zubin Mehta, Claudio Abbado, Carlo Maria Giulini, Antal Dorati, Erich Leinsdorf, Eugene Ormandy, Riccardo Muti, Yuri Temirkanov, Ida Haendel and Ivry Gitlis, among many others. ​
At the age of eighteen, Mintz launched a parallel career as a conductor, and has since led acclaimed orchestras worldwide including the Royal Philharmonic (United Kingdom), the NHK Symphony (Japan) and the Israel Philharmonic, as well as the Concertgebouw of Amsterdam, La Scala di Milano, London Symphony Orchestra, Royal Philharmonic Orchestra, Rotterdam Philharmonic, Stuttgart Radio Orchestra, La Fenice, Detroit Symphony and Teatro Colón.
He was music advisor of the Israel Chamber Orchestra from 1989 to 1993, and in March 1994 was appointed artistic advisor and principal guest conductor of the Maastricht Symphony in the Netherlands, which he led for some weeks during four seasons, sometimes as both conductor and violin soloist. In 2008, he became principal guest conductor of the Zagreb Philharmonic. From 2002 to 2012, he was artistic director of the Sion-Valais International Music Festival. Mintz was also the artistic director of Arena di Verona. ​
He was one of the founders of the Keshet Eilon International Violin Mastercourse in Israel, an advanced-level summer program for young talented violinists from all around the world in Kibbutz Eilon, Israel, and served as a patron there for eighteen years (1992-2010) and is one of the main actors/co-founder of the "Violins of Hope" project: forty-five violins whose owners lost their lives in ghettos and concentration camps during World War II, restored and displayed internationally. The Violins of Hope were presented in a special event in Jerusalem for the sixtieth-anniversary celebration of the State of Israel. ​
Regularly invited by the most prestigious international competitions, Mintz has served as a jury member of the Tchaikovsky Competition in Moscow (1993) and the Queen Elisabeth International Music Competition in Brussels (1993 and 2001). He was also invited to be jury president of the International Henryk Wieniawski Competition (October 2001) for the Violin in Poznań, Poland. From 2002 to 2011, he was jury president of the Sion Valais-International Violin Competition in Switzerland and from 2012 to 2018, the Artistic Director of Crans-Montana Classics, a high-level violin Mastercourse and Festival, also in Switzerland. ​
Currently, he is the Mentor and President of the Jury of the International Violin Competition Buenos Aires in Argentina, President of Jury and Artistic Director of Tucuman (Argentina) Festival and National Violin Competition, as well as the president of the Munetsugu Angel Violin Competition in Japan and the Ilona Fehér Budapest Violin Competition in Hungary. ​
To celebrate Shlomo Mintz’s 60th Birthday, Deutsche Grammophon have re-released his recordings as a 13 CD Edition. These include the legendary recordings of the Mendelssohn, Prokofiev, Sibelius, Lalo and Vieuxtemps violin concertos with great orchestras and conductors such as Claudio Abbado and Zubin Mehta ​
In recent times Mintz has added composing to his talents as violinist, violist and conductor, with compositions for orchestra and chamber ensembles. His “Anthem To An Unkown Nation” was premiered in June 2017 at the Vigadó Grand Hall, Budapest and his Sonatina for violin and piano, premiered in Domodossola and Istanbul on October 2017.