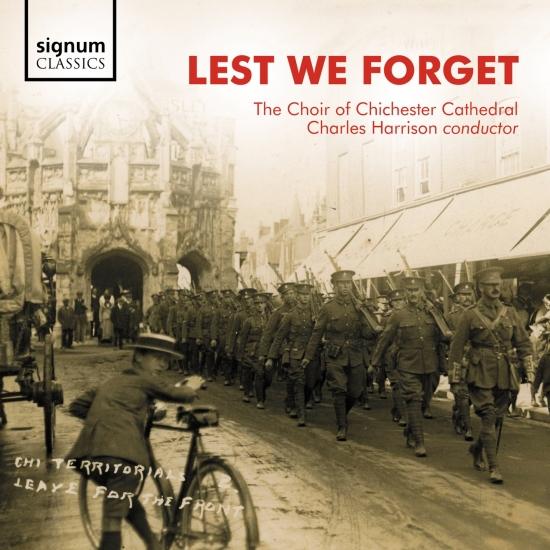 Info for Lest We Forget

In the centenary year of the Armistice of 1918, thoughts turn to the great human cost of the First World War and many subsequent armed conflicts.
Released in support of the charity Combat Stress, this commemorative recording explores the themes associated with human conflict.
The programme brings together texts and music pointing to the frailty that leads to the violence of war but also to triumphs of the human spirit that so often arise from situations of the deepest desolation.
The Choir Of Chichester Cathedral are led by Charles Harrison in this collection of works by composers affected by the Great War, including Stanford, Bainton, Ireland, Howells, Parry and Elgar.
The Choir Of Chichester Cathedral
Charles Harrison, direction 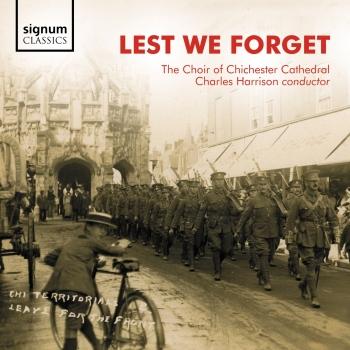 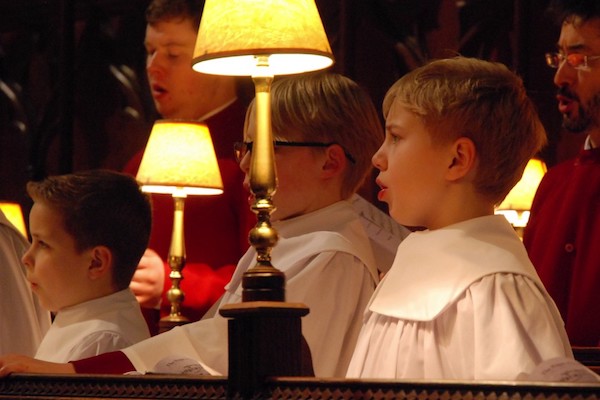 Chichester Cathedral Choir
sings at many of the services, concerts and other events held here. Performing about 300 times each year, the choir consists of 14 choristers, 4 probationers (choristers-in-training) and 6 Lay Vicars – professional musicians who sing the alto, tenor and bass parts.
Daily services of Choral Evensong form the core of the choir’s work, along with the Sung Eucharist and Choral Mattins on Sundays. The choir also makes recordings, broadcasts on local and national radio, and undertakes tours around Europe. They sing most days during term time; please see the services listing for information about forthcoming services and music.
The choir performs under the direction of Charles Harrison, Organist and Master of the Choristers, and the Cathedral's Assistant Organist is Tim Ravalde.
Charles Harrison
was Organ Scholar of Jesus College, Cambridge, where he studied organ with David Sanger, and took a degree in music. A prize winner in two international organ competitions, St Albans (1999) and Odense (2000), Charles has performed in many prestigious venues in Britain and Ireland, including King’s College Cambridge, Westminster Cathedral, Westminster Abbey, The Royal Albert Hall (during the 2010 Proms season), Symphony Hall Birmingham, St David’s Hall Cardiff, the Ulster Hall and the National Concert Hall in Dublin. Further afield, he has featured in recital series at Copenhagen Cathedral, Jesuskirke Copenhagen, Hooglandse Kerk Leiden, Grote Kerk Harderwijk, St Janskerk Gouda, Marktkirche Hannover, St Nicolai Kirche Lüneburg and St Bavo Catholic Cathedral Haarlem. He has played organ concertos with the Ulster Orchestra and the Irish Chamber Orchestra, both of which performances were broadcast by the BBC.
Since 2014, Charles has been Organist and Master of the Choristers at Chichester Cathedral, where he trains and directs the choir of boys and men that sings eight services each week. The choir makes frequent broadcasts and recordings, and has developed a high reputation at an international level through its regular tours abroad.

Booklet for Lest We Forget