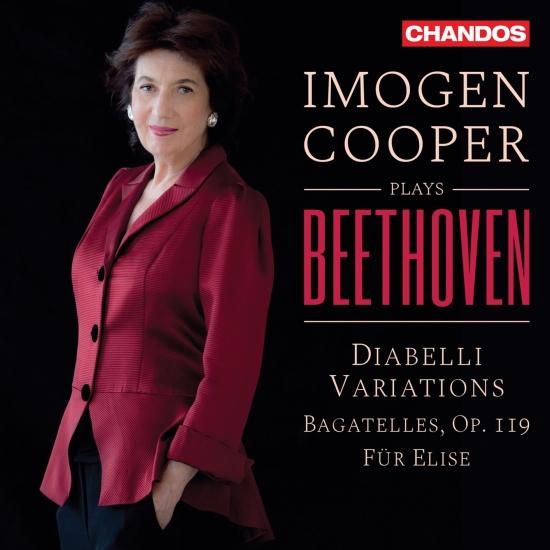 Regarded as one of the finest interpreters of classical and romantic repertoire, Imogen Cooper is internationally renowned for her virtuosity and lyricism. This recording is her sixth release on Chandos Records, following earlier discs of works by Liszt, Wagner, Brahms, Chopin, and Robert and Clara Schumann.
Imogen Cooper writes: ‘Beethoven’s Diabelli Variations are rightly considered to be among the greatest works for solo piano ever composed, by Beethoven or anyone else. It is incontrovertible that there is not one superfluous note in this huge masterpiece – each variation is flawless in construction and imagination, and in depth of characterisation. The breadth of ideas is limitless. Each variation tells a whole story, and for all that some are connected in mood, it is no mean feat as a performer to respect the huge scope of Beethoven’s vision.’
Imogen Cooper plays a Steinway Model D, and was recorded in the concert Hall at Snape Maltings, Suffolk.
Imogen Cooper, piano 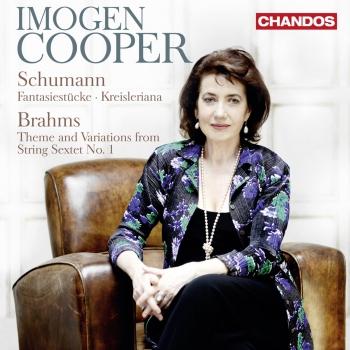 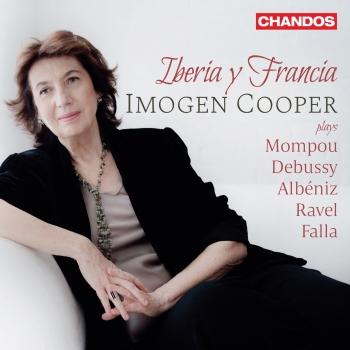 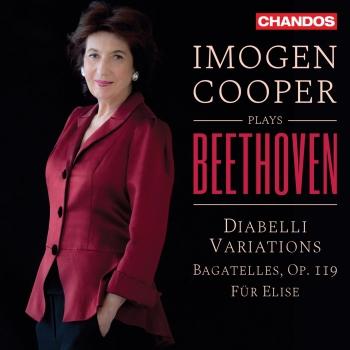 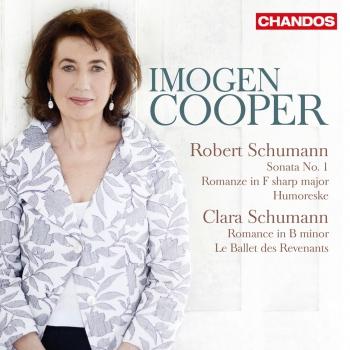 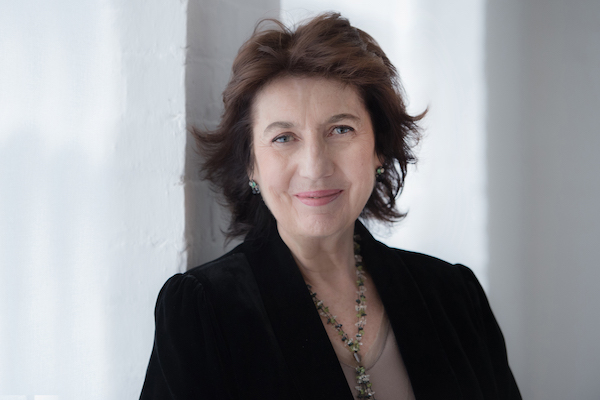 Imogen Cooper
Pianistically alone, Cooper commands a dynamic and colouristic range beyond the reach of most pianists. She understands that musical, like verbal, speech acquires the eloquence and continuity through the close, asymmetrical juxtaposition of extreme but varied contrasts – as in any polysyllabic word. Nowhere is this truer than in Schumann, whose own juxtaposition of emotional-psychological extremes requires a maximum of characterisation with a minimum of evidence – the art that conceals art. Cooper’s gifts in this department are unmistakable even before she reaches the end of the first, brief piece in the Davidsbündlertänze. And as she begins, so she continues. Every piece in this recital is a study in portraiture worthy of Schumann's beloved ETA Hoffman. Variety and organic momentum (structure, in short, in a sea of diversity) go hand in hand.
Regarded as one of the finest interpreters of Classical and Romantic repertoire, Imogen Cooper is internationally renowned for her virtuosity and lyricism. Recent and future concerto performances include the Berliner Philharmoniker and Sir Simon Rattle, Sydney Symphony with Simone Young and the BBC Scottish Symphony Orchestra with Thomas Dausgaard. This season she will perform lieder recitals with Mark Padmore, including at the Concertgebouw in Amsterdam and a series of solo recitals at the Wigmore Hall in London, focussing on Haydn and Beethoven.
Imogen has a widespread international career and has appeared with the New York Philharmonic, Philadelphia, Boston, Cleveland, Vienna Philharmonic, Royal Concertgebouw, Leipzig Gewandhaus, Budapest Festival, NHK and London Symphony Orchestras. She has also undertaken tours with the Camerata Salzburg, Australian and Orpheus Chamber Orchestras. She has played at the BBC Proms and with all the major British orchestras, including particularly close relationships with the Royal Northern Sinfonia and Britten Sinfonia, play/directing. Her recital appearances have included Tokyo, Hong Kong, New York, Singapore, Paris, Vienna, Prague and the Schubertiade in Schwarzenberg.
As a supporter of new music, Imogen has premiered two works at the Cheltenham International Festival; Traced Overhead by Thomas Adès (1996) and Decorated Skin by Deirdre Gribbin (2003). In 1996, she also collaborated with members of the Berliner Philharmoniker in the premiere of the quintet, Voices for Angels, written by the ensemble’s viola player, Brett Dean.
Imogen is a committed chamber musician and performs regularly with Henning Kraggerud and Adrian Brendel. As a Lieder recitalist, she has had a long collaboration with Wolfgang Holzmair in both the concert hall and recording studio. Her discography also includes Mozart Concertos with the Royal Northern Sinfonia (Avie), a solo recital at the Wigmore Hall (Wigmore Live) and a cycle of solo works by Schubert recorded live and released under the label ‘Schubert Live’. Her recent recordings for Chandos Records feature music by Brahms, Chopin, Liszt, Wagner and Robert and Clara Schumann.
Imogen received a CBE in the Queen’s New Year Honours in 2007 and was the recipient of an award from the Royal Philharmonic Society the following year. In 1997 she was awarded Honorary Membership of the Royal Academy of Music and in 1999 she was made a Doctor of Music at Exeter University. Imogen was the Humanitas Visiting Professor in Classical Music and Music Education at the University of Oxford for 2012-13. The Imogen Cooper Music Trust was founded in 2015, to support young pianists at the cusp of their careers, and give them time in an environment of peace and beauty.