For You Wolfgang Schlüter 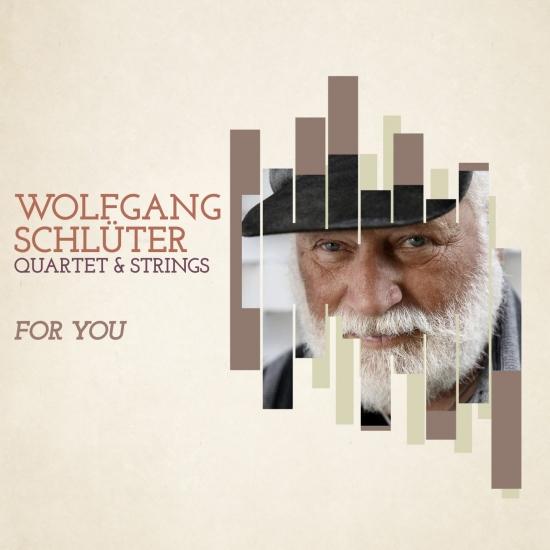 Info for For You

German Jazz has brought forth only a few international stars. Vibraphonist Wolfgang Schlüter even managed to make it into the Downbeat Critics Poll. A rock of ages in the history of German Jazz, a gem “in which nearly all of the vibraphonists glimmer and shine” (M.Naura) Among his major influences you can hear Lionel Hampton and Milt Jackson but to dismiss him as a King of Swing would only throw light on a partial aspect of his artistic repertoire, because there’s no doubt that he is among the key talents on his instrument in Europe and that he contributed substantially to how playing the vibes has developed over the years.
The album “Breathing As One” has the courage to strive toward beauty, poetry, moods from which strength can be drawn. The ECHO Jazz winner presents touching later works!
R.I.P. Wolfgang Schlüter passed away on the 12th of November, 2018, at the age of 85. Completely unexpectedly, and at the moment busily involved with concluding the final touches for a new project together with his quartet and string ensembles, he succumbed to the aftereffects of a stroke. With heartfelt grief and the greatest respect, we look back on a career as vibraphonist that endured for 65 years. A career distinguished by his versatile, variegated solo work playing in the orchestras of renowned bandleaders such as Kurt Edelhagen, Erwin Lehn, Werner Müller, Paul Kuhn or James Last. In 2013 he received the ECHO JAZZ award for a joint project together with the NDR Bigband, a formation which had acted as a musical home for him for many years. As recently as last year he was awarded the “Hamburger Jazzpreis” for his lifetime achievements. His work as a member of the Michael Naura Quintet, later on together with Naura and lyric poet Peter Rühmkorf, is among the musical events that most distinctly characterized post-war Jazz in Germany. Although marked by a series of misfortunes that directly affected his health and family, he continued to give moving, highly acclaimed concerts and had forged major plans for his music in 2019. He lived faithful to the motto penned by Peter Rühmkorf, “Remain shakeable to the roots and resist.”
His last album FOR YOU will be released on February 1st in 2019.