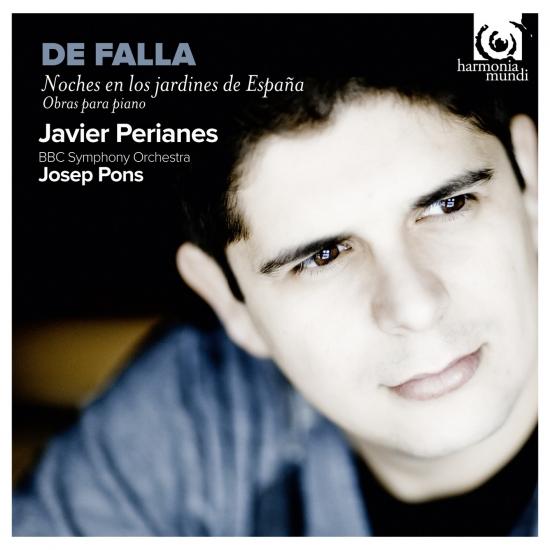 In order to carry out this exciting project, Javier Perianes and Josep Pons returned to the original sources: manuscripts held in the Archivo Manuel de Falla in Granada.
A rising star both in his native Spain and, more recently, much further afield, the young pianist Javier Perianes was in London, in January, for his debut concert with the BBC Symphony Orchestra at the Barbican, recorded here. The repertoire is a piece Perianes knows well, de Falla’s Nights in the Gardens of Spain, and the conductor is someone he knows and respects hugely, Josep Pons. Perianes continues to champion neglected Spanish composers and his most recent album, of sonatas by Manuel Blasco de Nebra, has been a minor revelation.
“In the Nights in the Gardens of Spain...both pianist and orchestra revel in its colouristic opportunities. Perianes employs the subtlest of rubatos here, teasing us with little delays and hurry-ups before joining the orchestra on the main beats. Thanks to the conductor these are firmly under control, affording a satisfying interplay between fantasy and rigour.” (BBC Music Magazine)
“This is an album to lift the spirits. Whether the music is sultry, strenuous or sunny, Javier Perianes plays with an infallible ear for style, atmosphere and colour...in the Nights in the Gardens of Spain the BBC Symphony Orchestra joins Perianes for a performance of panache and captivating flair and freshness.” (Gramophone)
Javier Perianes, piano
BBC Symphony Orchestra
Josep Pons, conductor 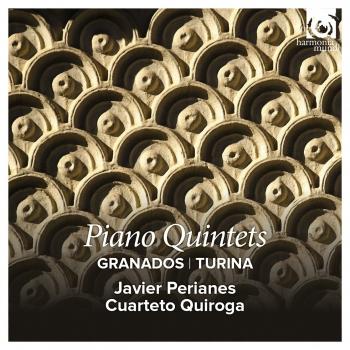 Javier Perianes
a native of Andalusia, is one of the most exciting pianists of the new generation. Though steeped in the world-renowned Spanish repertory (Falla, Granados, Albéniz), he does not limit himself to it and likes to spotlight less often played composers such as Federico Mompou and Manuel Blasco de Nebra (1750-84), to each of whom he has devoted a recording released on his label harmonia mundi.
Alongside his roots in the music of his country, Javier Perianes is also a committed exponent of the great international piano repertory (Mozart, Beethoven, Schubert, Grieg, Chopin, Debussy, Ravel). His discs of Schubert, Debussy and Chopin, and Mendelssohn have earned acclaim from press and public alike. His most recent recording, devoted to Grieg’s Piano Concerto and a selection of Lyric Pieces, was widely praised by the critics and described as ‘a new benchmark’ by Classica, which awarded it a ‘Choc’; it was also Editor’s Choice in Gramophone and Maestro in Pianistes magazine. The leading musical venues have invited him to appear as soloist in recital or with such prestigious orchestras as the Vienna Philharmonic, Orchestre de Paris, Chicago, Boston and BBC Symphony Orchestras and conductors Zubin Mehta, Yuri Temirkanov, Charles Dutoit and Daniel Barenboim. An all-round musician, he also enjoys playing chamber music performing regularly with the Cuarteto Quiroga and also the violist Tabea Zimmermann.
In 2012 Javier Perianes received the National Music Prize awarded by the Spanish Ministry of Culture.
Cuarteto Quiroga
Described by The New York Times as giving ‘Exquisite: precise, perfectly balanced, interpretively fresh performances, couched in consistently warm hues’, the Spanish string quartet Cuarteto Quiroga, appointed quartet- in-residence in charge of the Royal Collection of decorated Stradivarius instruments at Madrid’s Royal Palace, has established itself as one of the most dynamic and unique quartets of its generation, winning international acclaim from critics and audiences alike for its distinctive personality as well as its bold and original approach to the string quartet repertory.
The quartet studied with Professors Rainer Schmidt, Walter Levin and Hatto Beyerle. Other important in uences are Johannes Meissl, György Kurtág, András Keller, Eberhard Feltz and Ferenc Rados.
The ensemble won prizes at several major international competitions (Bordeaux, Paolo Borciani, Geneva, Beijing, Fnapec-Paris, Palau-Barcelona) and appears regularly worldwide (Wigmore Hall London, Philharmonie Berlin, Frick Collection, Lincoln Center New York, DaCamera Los Angeles, National Gallery Washington DC, Concertgebouw Amsterdam, ProQuartet Paris, Martinů Hall Prague, Nybrokajen Stockholm, Auditorio Nacional Madrid, Heidelberger Frühling, Stadtcasino Basel, Teatro Mayor Bogotá, etc.). It is also the recipient of the Spanish National Radio Culture Prize. Frequent stage partners include Javier Perianes, Valentin Erben, Richard Lester, Alain Meunier, David Kadouch, Jonathan Brown and Vladimir Mendelssohn. Strongly committed to teaching chamber music, the quartet holds the String Quartet Chair at Zaragoza’s Conservatorio Superior (CSMA) and is invited to give masterclasses in Europe, the USA and Latin America. Its CDs ‘Statements’ (Haydn, Webern, Sollima), ‘(R)evolutions’ (Schoenberg, Webern, Berg) and ‘Frei aber einsam: the Opus 51 Quartets of Brahms’ (COBRA) have all been acclaimed by the international press and awarded several prizes and distinctions. Mr Sierra would like to thank the heirs of Paola Modiano for generously giving him the opportunity to play the 1682 Nicoló Amati violin ‘Arnold Rosé’.